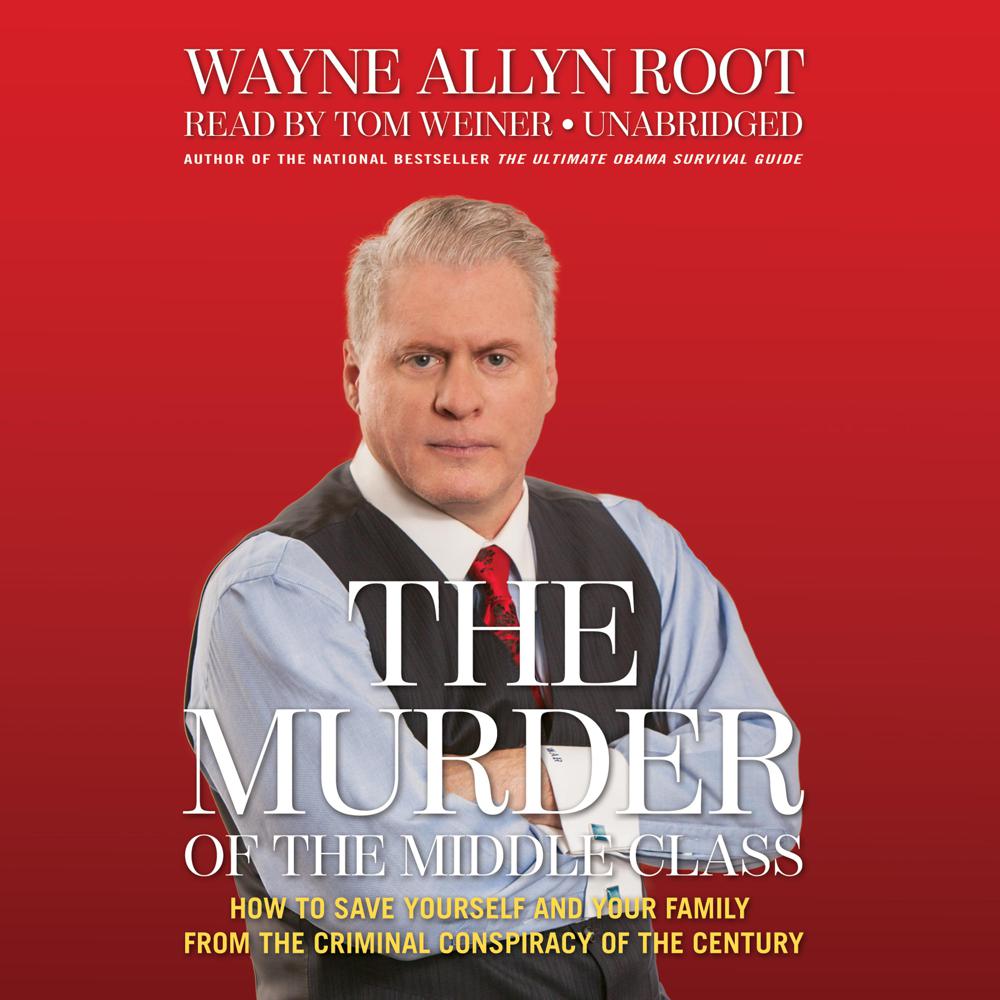 President Obama's goal is to create a two-class society: the poor and the superrich.

Decades of liberals—and even a few supposed "Republicans"—have helped push America toward this goal, and President Obama hopes to finish their work. Why? Because this two-class society cements the crony capitalism that feeds big government and keeps corrupt big shots like Obama and his friends in power, permanently enshrined as the ruling class. Meanwhile, it keeps everyone else hooked on the government like a drug that's impossible to quit.

What's standing in the way of Obama and his pals? The middle class.

Wayne Allyn Root, author of The Ultimate Obama Survival Guide, is back with The Murder of the Middle Class. Root, a serial entrepreneur and self-made man, steps up to defend the middle class and to offer them a rock-solid plan for fighting back. The Murder of the Middle Class is a must-read for everyone who ever said, "Hey, I did build that myself!"

“In The Murder of the Middle Class, Wayne Allyn Root does a magnificent job of exposing and highlighting the tactics used by those who wish to fundamentally change America.”

“Wayne identifies the criminal conspiracy of the century: the murder of the American middle class.”

“This book is a must-read.”

“America is in trouble. The middle class is under attack. Wayne Allyn Root leads the charge to protect the American Dream.”

“The murder of the middle class is accelerating. Author Wayne Root tells you what happened, why, identifies the perpetrators, then provides the game plan to save the day.”

“Wayne Root is a middle class warrior. Wayne has drawn up the blueprint for saving the middle class and restoring the American Dream.”

“It’s happening in front of our eyes: the middle class is under relentless assault. Author Wayne Allyn Root identifies villains and puts forth solutions for you, your family, the GOP, and America.”

“The Murder of the Middle Class is intriguing and important.”