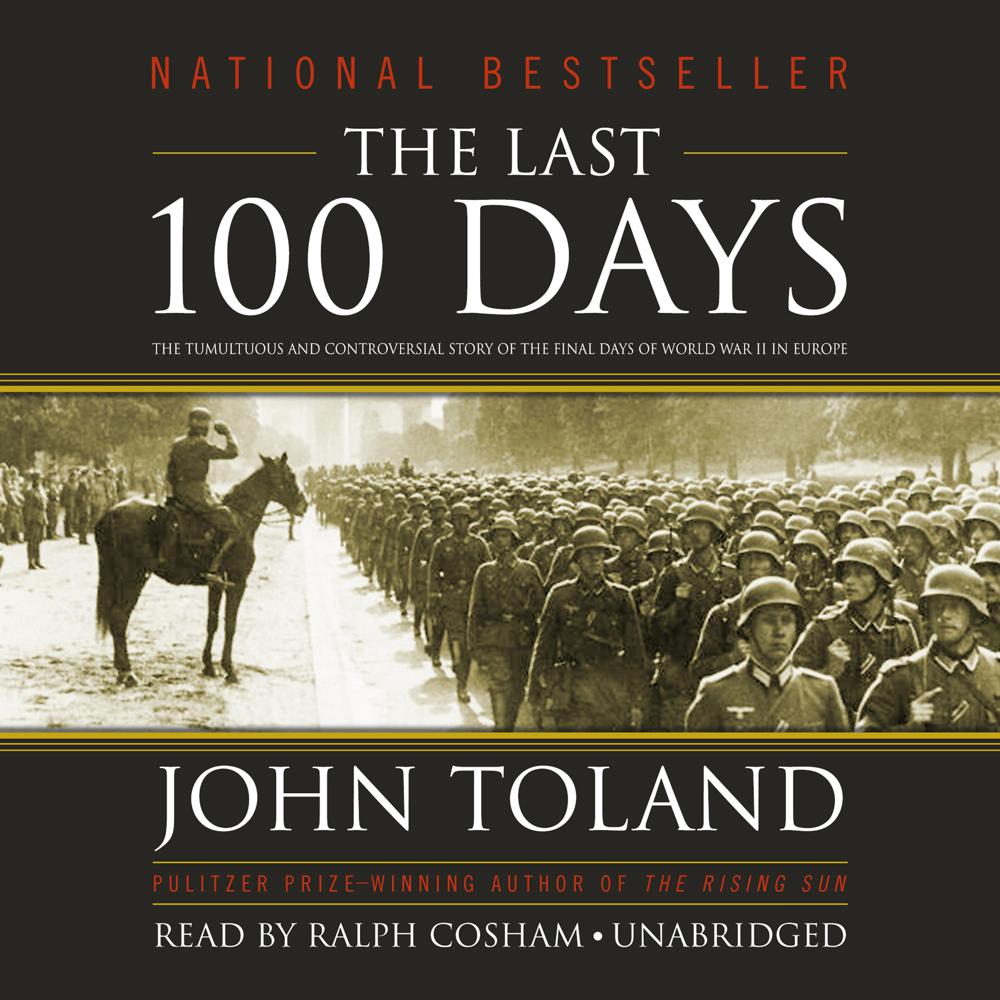 A dramatic countdown of the final months of World War II in Europe, The Last 100 Days brings to life the waning power and the ultimate submission of the Third Reich. To reconstruct the tumultuous hundred days between Yalta and the fall of Berlin, John Toland traveled more than 100,000 miles in twenty-one countries and interviewed more than six hundred people—from Hitler's personal chauffeur to Generals von Manteuffel, Wenck, and Heinrici; from underground leaders to diplomats; from top Allied field commanders to brave young GIs. Toland adeptly wove together these interviews using research from thousands of primary sources.

When it was first published, The Last 100 Days made history, revealing after-action reports, staff journals, and top-secret messages and personal documents previously unavailable to historians. Since that time it has come to be regarded as one of the greatest historical narratives of the twentieth century.

“Brilliant…The reader is in suspense throughout…Each scene is played out close-up and point-blank, as if one were there, listening to the dialogue, counting the stakes, feeling the emotions of the principals.”

“Fascinating…The narrative shifts from scene to intimate scene of every conference room…from liberated camp to Hitler’s underground bunker, to GIs storming the railroad bridge across the Rhine…Toland has woven the tapestry of history.”

“The late author wrote many books about WWII, but this one, first published in 2003, broke new ground because of its use of previously unreleased documents and personal interviews. The audiobook is now available, and the material is just as enlightening as it was on paper. Narrator Ralph Cosham brings an authoritative British accent to the work, and he’s suitably respectful of the awesome story he’s telling. His variations in pitch and his delivery of especially painful passages are effective and engrossing. He also has excellent diction and keeps to a lively pace.”