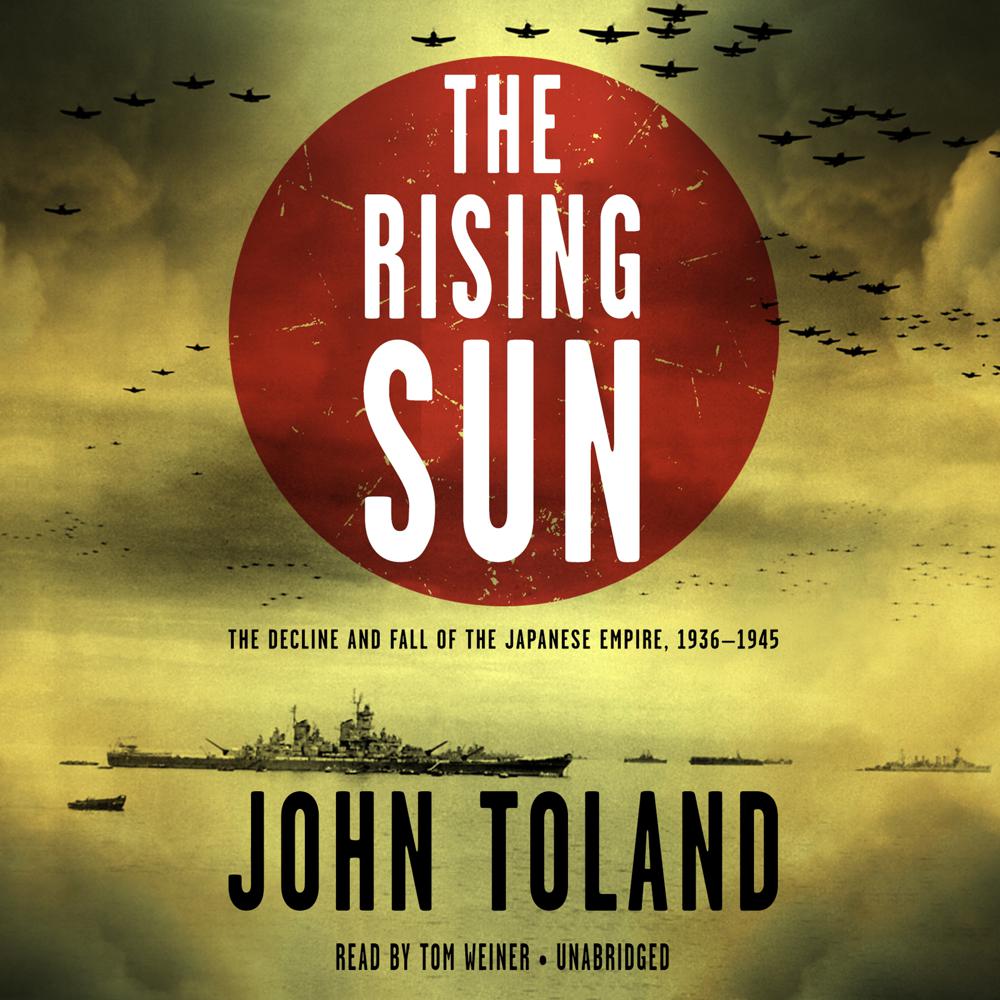 This Pulitzer Prize–winning history of World War II chronicles the dramatic rise and fall of the Japanese empire, from the invasion of Manchuria and China to the atomic bombing of Hiroshima and Nagasaki. Told from the Japanese perspective, The Rising Sun is, in the author's words, "a factual saga of people caught up in the flood of the most overwhelming war of mankind, told as it happened—muddled, ennobling, disgraceful, frustrating, full of paradox."

In weaving together the historical facts and human drama leading up to and culminating in the war in the Pacific, Toland crafts a riveting and unbiased narrative history.

“Unbelievably rich…readable and exciting…The best parts of [Toland’s] book are not the battle scenes but the intimate view he gives of the highest reaches of Tokyo politics.”

“Similar in scope to William Shirer’s The Rise and Fall of the Third Reich. Toland’s book is fresh and dramatic throughout. The Rising Sun is not only a blood-and-guts action story, it also presents for the first time a great deal of fresh information.”

“Toland’s account of the Pacific war theater with facts about the European connection is precise, prolific, unbiased, and well worth the time for research and reading.”

“Despite the title, this is not a history of the collapse of Japan’s empire but rather a military narrative of the war with the US, framed by the diplomatic exchanges which failed to prevent war and a circumstantial account of Japan’s 1945 peace attempts as the Americans pressed the decision to use the bomb. The book’s two signal features are its empathy for the Japanese military rulers and its manifold, cinematographic detail.”

“This Pulitzer Prize-winning title is unique in that it tells the story of WWII in the Pacific from Japan’s point of view and is written by one of the foremost chroniclers of that era. It’s an excellent book and deserves a wide audience. Narrator Tom Weiner has a deep, authoritative voice that fits well with the text. He reads in a straightforward manner, eschewing character voices and focusing on the audiobook’s information…Overall he does a fine job with this impressively detailed history.”