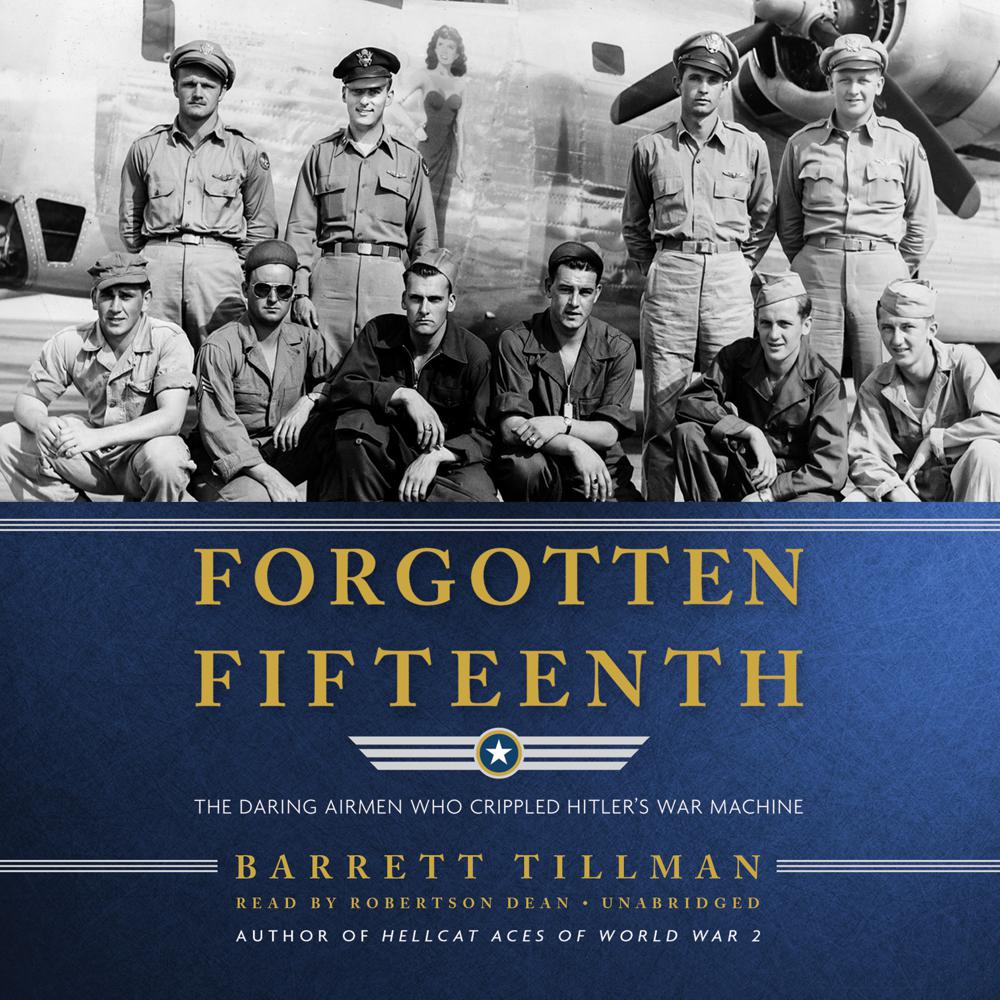 November 1943 to May 1945. The US Army Air Forces waged an unprecedentedly dogged and violent campaign against Hitler's vital oil production and industrial plants on the Third Reich's southern flank. Flying from southern Italy, far from the limelight enjoyed by the Eighth Air Force in England, the Fifteenth Air Force engaged in high-risk missions spanning most of the European continent. The story of the Fifteenth Air Force deserves a prideful place in the annals of American gallantry.

In Forgotten Fifteenth Barrett Tillman brings into focus a seldom-seen multinational cast of characters, including pilots from Axis nations Romania, Hungary, and Bulgaria and many more remarkable individuals. They were the first generation of fliers—few of them professionals—to conduct a strategic bombing campaign against a major industrial nation. They suffered steady attrition and occasionally spectacular losses. In so doing, they contributed to the end of the most destructive war in history.

Forgotten Fifteenth is the first-ever detailed account of the Fifteenth Air Force in World War II and the brave men that history has abandoned. This book is a must-read for military history enthusiasts, veterans, and current servicemen and their families.

“Long awaited, this outstanding book is the first full-length history of the Forgotten Fifteenth. The author’s detailed research complements his superb writing style in paying tribute to the personnel of the Fifteenth. Tillman takes the reader airborne with him on this bloody but glorious flight to victory. This is one book everybody needs, including the general reader, beginner buff, expert, or scholar.”

“Noted aviation historian Tillman has written the long-overdue first history of the little-known US Fifteenth Air Force, whose mission focus during WWII was southern and eastern Europe…Tillman’s style is engaging and his history is an enjoyable and informative read for serious historians as well as for more general readers with an interest in aviation and military history.”

“Barrett Tillman has written the definitive account of the Fifteenth Air Force and its vital contribution to winning the European air war. With the gift of a master painter, he has imbued his war canvas with vivid color and detail. Mr. Tillman brings alive the Fifteenth’s most harrowing missions, including its ultimately successful campaign to destroy the Ploesti oil refineries that fueled the Nazi war machine. It is a magnificent tribute to the gallant men of the Fifteenth, and a vital addition to any serious library on the European air war.”

“It is Barrett Tillman, the spellbinding storyteller, who has finally done justice to this once-magnificent air force. Although the men who were the Forgotten Fifteenth had to wait too long for their story to be told with the dignity and scope it deserves, this marvelous book surely salves some of the sting. An extraordinary achievement, this is Tillman’s best work yet.”