Age of Faith
Will Durant 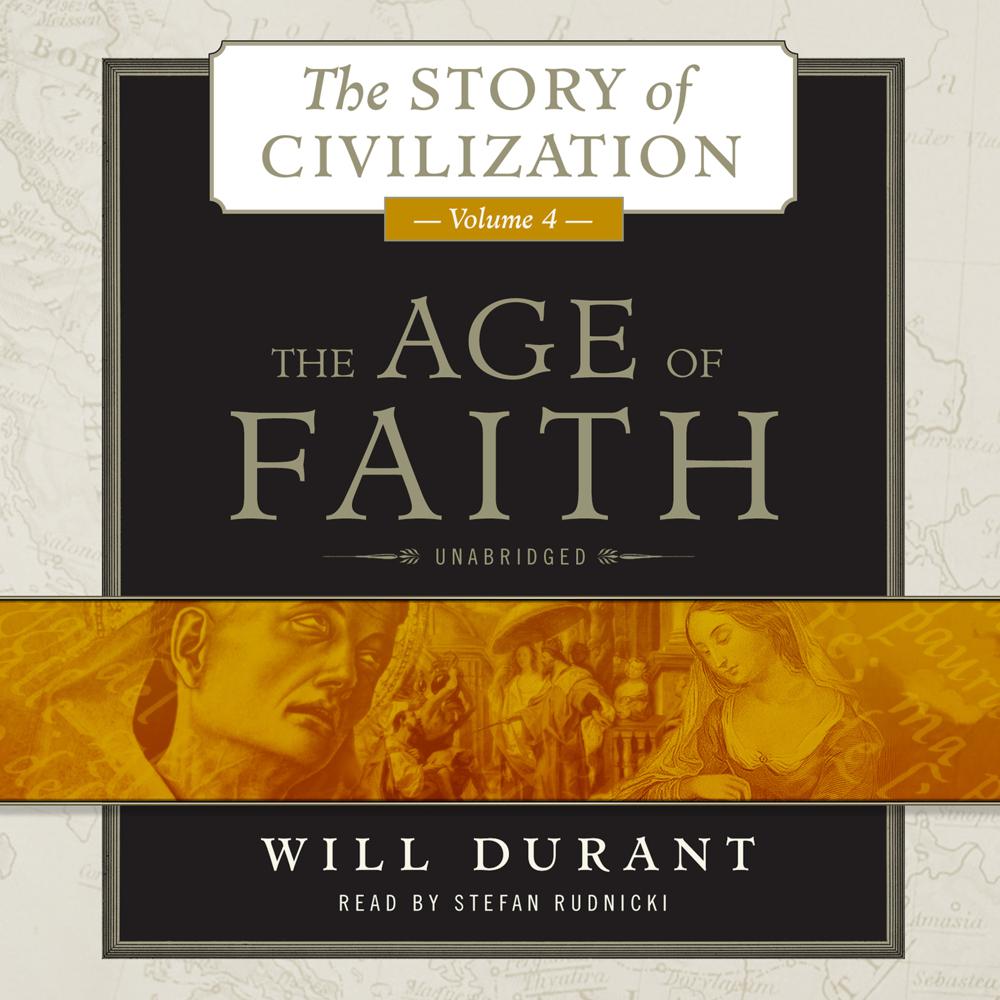 The fourth volume in Will Durant's Pulitzer Prize–winning series, The Age of Faith surveys the medieval achievements and modern significance of Christian, Islamic, and Judaic life and culture. Like the other volumes in the Story of Civilization series, this is a self-contained work, which at the same time fits into a comprehensive history of mankind. It includes the dramatic stories of St. Augustine, Hypatia, Justinian, Mohammed, Harun al-Rashid, Charlemagne, William the Conqueror, Eleanor of Aquitaine, Richard the Lionheart, Saladin, Maimonides, St. Francis, St. Thomas Aquinas, Roger Bacon, and many others, all in the perspective of integrated history. The greatest love stories in literature—of H├®loise and Ab├®lard, of Dante and Beatrice—are here retold with enthralling scholarship.