Valley of the Shadow
Ralph Peters 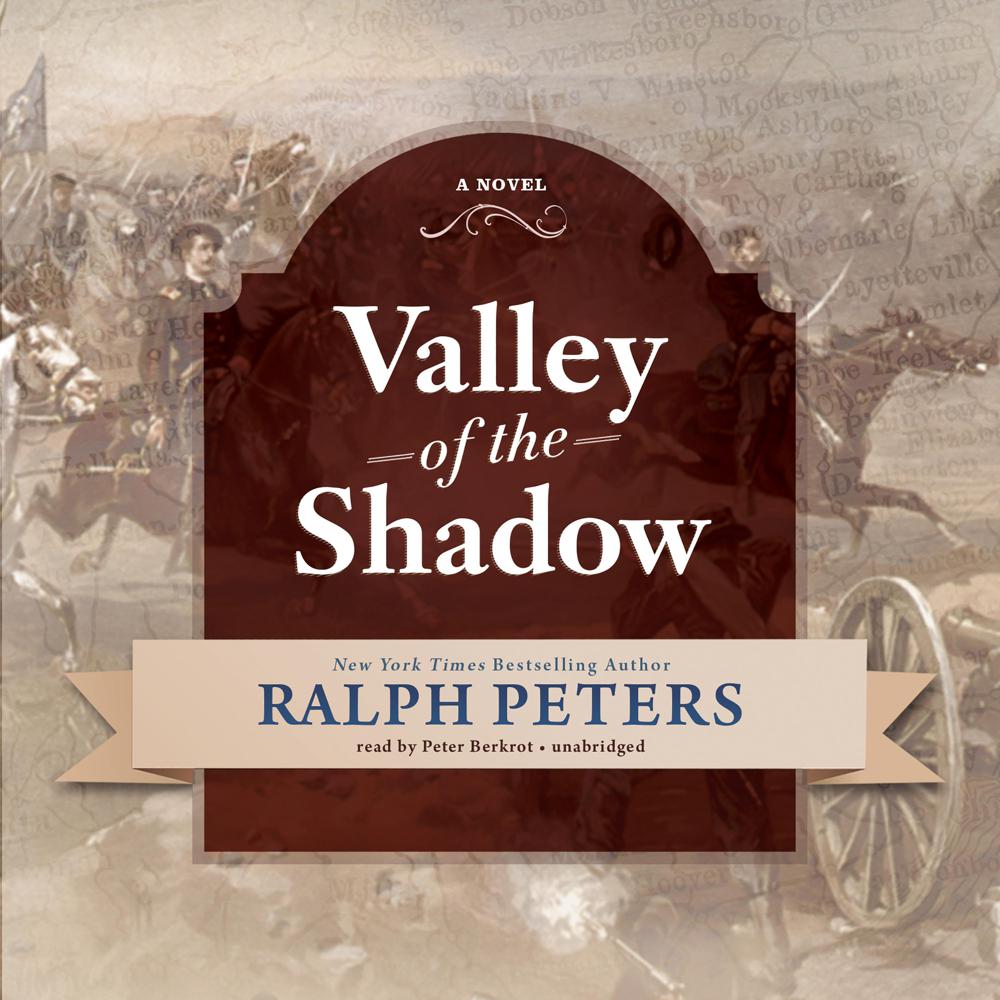 New York Times bestselling author Ralph Peters returns with the third installment in his award-winning series on the Civil War.

In the Valley of the Shadow, they wrote their names in blood.

From a daring Confederate raid that nearly seized Washington, DC, to a stunning reversal on the bloody fields of Cedar Creek, the summer and autumn of 1864 witnessed some of the fiercest fighting of our Civil War, in mighty battles now all but forgotten.

The desperate struggle for mastery of Virginia's Shenandoah Valley, breadbasket of the Confederacy and the South's key invasion route into the North, pitted a remarkable cast of heroes in blue and gray against each other: runty, rough-hewn Philip Sheridan, a Union general with an uncanny gift for inspiring soldiers; Jubal Early, his Confederate counterpart, stubborn, raw mouthed, and deadly; the dashing Yankee boy-general George Armstrong Custer; and the brilliant, courageous John Brown Gordon, a charismatic Georgian who lived one of the era's greatest love stories.

From hungry, hard-bitten Rebel privates to a pair of Union officers destined to become presidents; from a neglected hero who saved our nation's capital and went on to write one of his century's greatest novels to doomed Confederate leaders of incomparable valor, Ralph Peters brings to life yesteryear's giants and their breathtaking battles with the same authenticity, skill, and insight he offered readers in his prizewinning Civil War bestsellers Cain at Gettysburg and Hell or Richmond.

“Historical fiction can do something that not even the best history texts can. It can make the reader say, ‘Yes, this is how it felt.’ Looking for proof of this? Just open the Ralph Peters novel you are holding.”

“[Peters’] immense knowledge of the tactics and the details of a soldier’s life at that time are combined with a narrative drive that kept me turning pages late into the night.”

“Combining character study, strategy, and battle scenes, Peters focuses on the great, small, and those in history’s shadows…Peters is deft with dialogue and setting, but it’s his characterizations (‘Custer was a bloody-handed instrument’) and battle scenes (‘without a muchness of guns to give things a shake’) that make this a must-read for Civil War history fans. A superlative novel.”

“Retired US Army officer and bestselling author Peters turns his attention to the Shenandoah Valley as he continues his superb chronicle of the Civil War…Although Peters naturally excels at precise military detailing and brutal battle scenes, he also displays a writer’s knack for setting the scene and fleshing out characters. An absolute must read for Civil War buffs.”