From Texas with Love
Dan Gutman 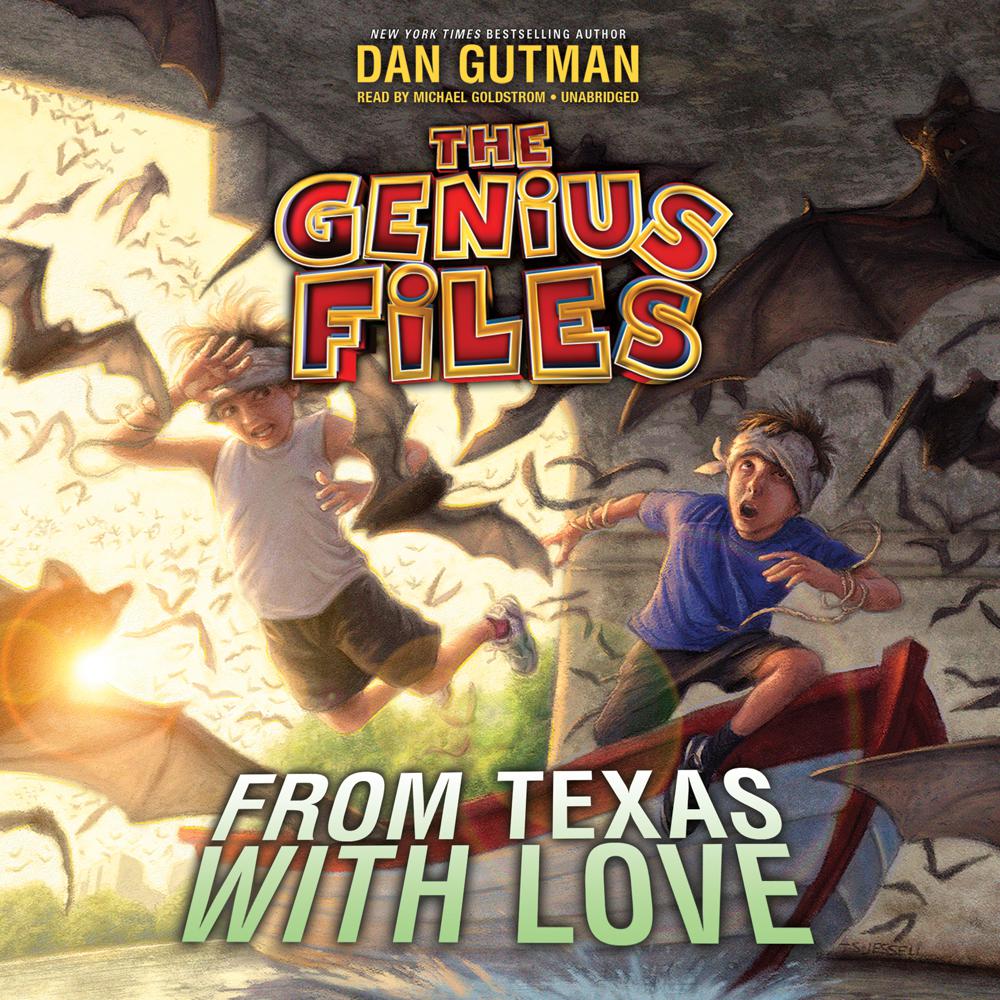 The wackiest road trip in history continues in book four of the New York Times bestselling Genius Files series, following twins Coke and Pepsi as they dodge villains and visit weird-but-true landmarks from Texas all the way to Roswell, New Mexico. With the real-kid humor that has earned him millions of readers around the world, and featuring all new weird-but-true locations around America, From Texas with Love is absolutely batty!

After their explosive escape at Graceland, twins Coke and Pepsi are ready to resume their trip across America—only now in a convertible instead of the RV. They travel through Arkansas and Oklahoma, visiting weird-but-true tourist stops along the way, and finally end up in Texas, home of the Weird Capital of the Country: Austin. The twins' many enemies—the bowler dudes, Mrs. Higgins, and Dr. Warsaw—all swear they're done chasing Coke and Pepsi for good. But when the twins start receiving more codes and ciphers from a mysterious robotic voice, they know someone's after them. They just have to figure out who before the mystery villain finds them first.