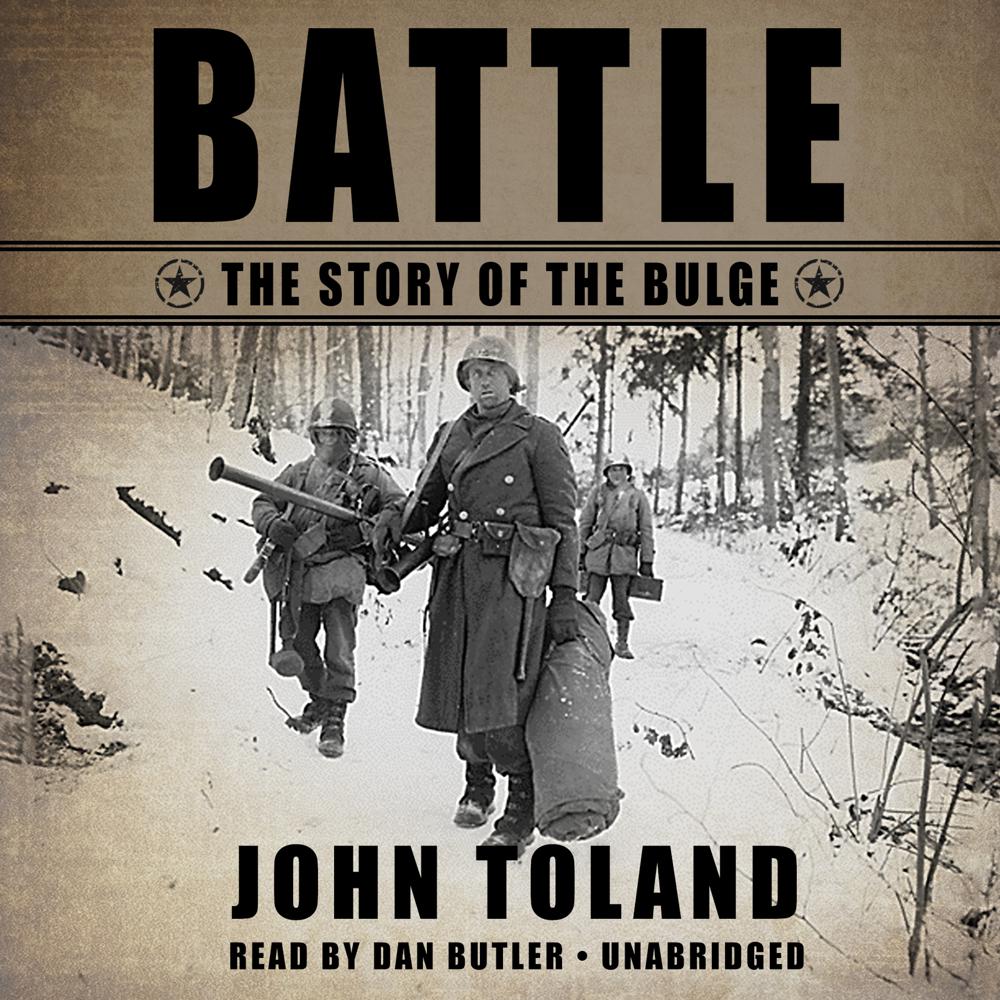 Battle: The Story of the Bulge, John Toland's first work of military history, recounts the saga of beleaguered American troops as they resisted Hitler's deadly counteroffensive in World War II's Battle of the Bulge—and turned it into an Allied victory. It is a gripping work, painstakingly researched and imbued with such vivid detail that listeners will feel as though they themselves witnessed these events. This is a book not to be missed by anyone interested in this tumultuous era of our world's history.

“The author has devoted years to studying memoirs, interviewing veterans, and consulting military documents, both German and American. He also has revisited the old battlefields in Belgium and Luxembourg…Toland has told the whole story with dramatic realism…It is a story of panic, terror, and of high-hearted courage.”

“The perspective of fifteen years, painstaking research, thousands of interviews, extensive analysis and evaluation, and the creative talent of John Toland [paint] the epic struggle on an immense canvas…Toland writes with the authority of a man who was there…He tastes the bitterness of defeat of those who surrendered and writes as if he had the benefit of the eyes and ears of soldiers and generals on the other side of the line…If you could read only one book to understand generals and GIs and what their different wars were like, this is the book.”

“For the first time in the growing literature of World War II, the inspiring story of the stubborn, lonely, dogged battle of the Americans locked in this tragic salient is told…Gripping…You cannot put it down once you start it.”

“With sharp reporting of small skirmishes, of acts of bravery, of human cruelty and kindness on all sides, official talks and command indecision, Nazi scheming and Allied confusion, Toland details—in almost journal form—the many diverse, seemingly unrelated events which comprised the Battle of the Bulge…Well written and well paced.”