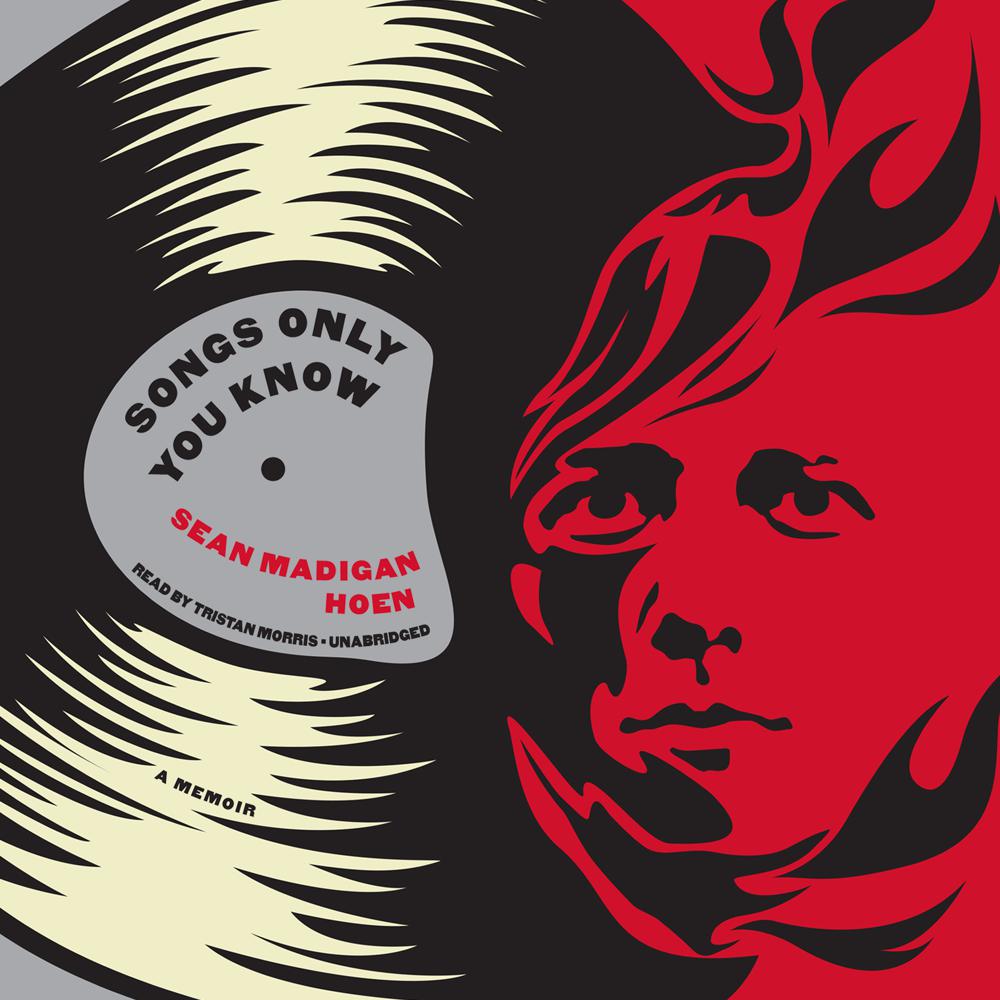 Songs Only You Know: A Memoir plunges listeners into the Detroit hardcore punk scene with eighteen-year-old Sean and spans a dark decade during which his father succumbs to crack addiction, his younger sister spirals into a fatal depression, and his sense of home crumbles. Sean's salvation is music, as well as the many eccentrics and outsiders he befriends as front man of a band once referred to by Spin magazine as "an art-core mindfuck." Sean's prose whips from mordantly funny to searingly honest while offering an unflinching look at a family in crisis, low-rent music subculture, and the hard-earned identity of its author. A story of young manhood that deserves a place alongside Tobias Wolff's In Pharaoh's Army and Nick Flynn's Another Bullshit Night in Suck City, Songs Only You Know is a beautiful, devastating exploration of family, friends, and one young man's musical dream. It marks the arrival of a fiercely original literary voice.

“Sean Madigan Hoen is not merely an immensely gifted writer but also a seeker—of redemption, of clarity, of hard family history. There are moments of Songs Only You Know that seem almost too painful to bear—but only almost. What carries the reader through is both the naked beauty of the prose and the deep human certainty that it is always better to face the truth than to flinch away from it. No flinching here. I admired every page of it.”

“Songs Only You Know is a truly moving book, full of pain, longing, strangeness, and even grim comedy, and one of its greatest triumphs is the way Hoen describes a certain creative intensity—youthful, monstrous, fragile—that is both life-giving and dangerous, especially in troubled times. Maybe everybody has a song, but Hoen sings his with fresh phrasing and genuine feeling.”

“I don’t know anyone who has described that terrible yearning for ecstasy and immolation through music as lucidly as Sean Madigan Hoen in Songs Only You Know. Only a thorough initiate of the scene who also had some genius with language could summon the demotic yet electric voice for the job. If there is ruefulness, now, for the way he treated his body, his girlfriends, and his family, he wisely reprises in his book, in neon detail, the fever that once placed him in the same drunken boat with Iggy Pop, Rimbaud, and Artaud.”

“Here’s what you get when you mix Nick Flynn with Karl Ove Knausgaard: a book of almost spooky clarity and relentless compassion. I bet when Songs Only You Know gets translated to Norwegian they’ll call it My Struggle (With Drugs and Rock-n-Roll). Which would kind of get it, and kind of wouldn’t. Because it’s also universal, and ridiculously readable, and Hoen has, in this memoir, brought his life pinned and wriggling to page, and you can’t help but be moved by it, and even find yourself changed.”

“In his rousing debut memoir, punk-rocker Hoen plunges into the chaotic family life that led him to substance abuse and the aggressive musical style that saved him…Astute and intensely self-aware, Hoen writes furious prose with a storyteller’s eye for detail…There’s no question that Hoen is a gifted, impassioned writer with a deep understanding of longing and pain.”

“Perceptive, sprawling memoir of a young man’s escape from cascading family tragedies into the noise-punk underground…A dark, knowing look at addiction, rock ’n’ roll, and the ties that bind.”

“Sean Madigan Hoen puts raw need indelibly on the page—the need for family, for belonging, for alcohol and drugs, and for a music that will burn all those things away (and if the music fails, try more alcohol and drugs). Hoen’s younger self thinks, ‘To achieve self-invention, you first evacuate the truest parts of yourself,’ not quite knowing yet that the sort of evacuation he craves is only ever temporary: the check always comes due. This moving, often brutal memoir records Hoen’s long journey back toward the truth.”

“It's an odd feeling to have, to not want a book to end when it covers so many miserable and sometimes manic moments in a life, but that’s how I felt reading this fantastic, honest, unsentimental, and finally generous-hearted book.”

“Sean Madigan Hoen offers the best things a writer can offer a reader: the big heart, the big hurts, the big bad news about the impermanence of life’s gig.”

“Sean Hoen has written a wise and moving memoir about anger, rock music, and the endurance of familial love. For Hoen the ultimate redemption is rendering honestly the hard facts of his own transgression, while never losing track of the beauty and kindness that are also, thank goodness, ineradicable aspects of human existence.”