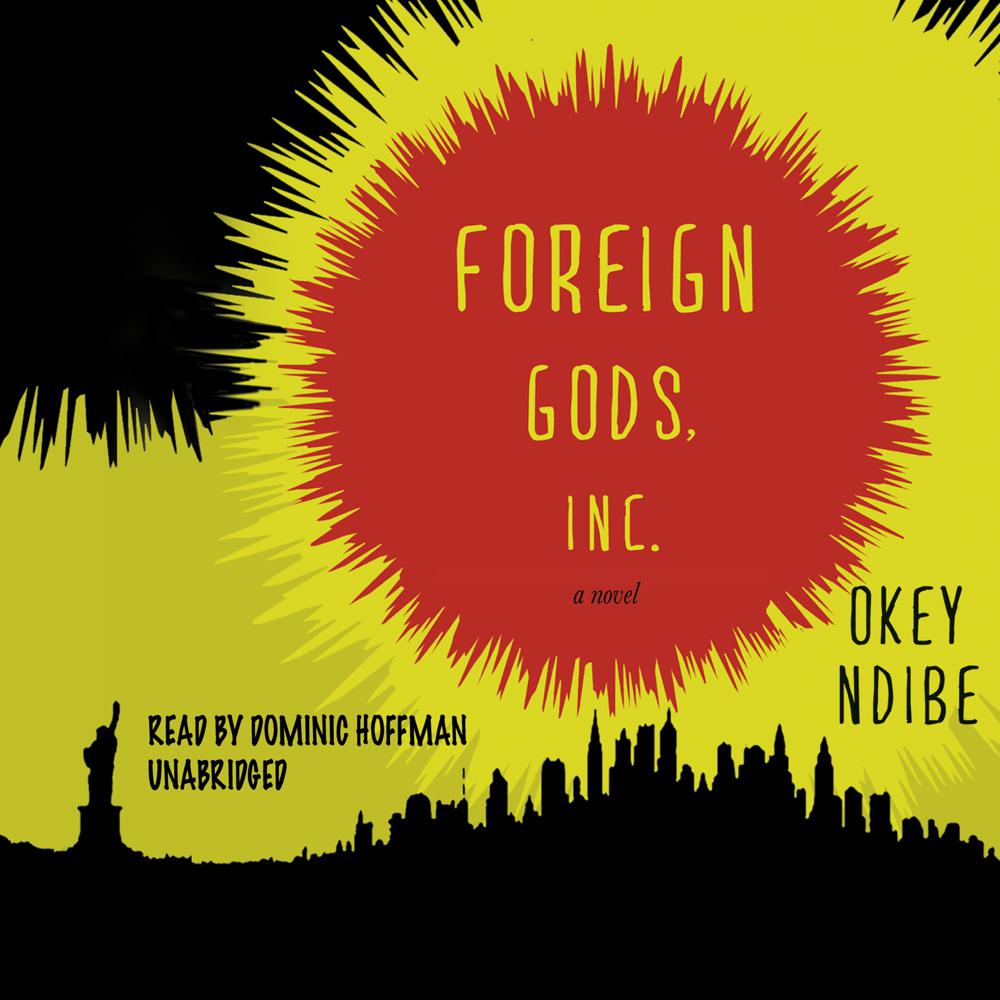 Foreign Gods, Inc. tells the story of Ike, a New York–based Nigerian cab driver who sets out to steal the statue of an ancient war deity from his home village and sell it to a New York gallery.

Ike's plan is fueled by desperation. Despite a degree in economics from a major American college, his strong accent has barred him from the corporate world. Forced to eke out a living as a cab driver, he is unable to manage the emotional and material needs of a temperamental African American bride and a widowed mother demanding financial support. When he turns to gambling, his mounting losses compound his woes.

And so he travels back to Nigeria to steal the statue, where he has to deal with old friends, family, and a mounting conflict between those in the village who worship the deity and those who practice Christianity.

A meditation on the dreams, promises, and frustrations of the immigrant life in America; the nature and impact of religious conflicts; an examination of the ways in which modern culture creates or heightens infatuation with the "exotic," including the desire to own strange objects and hanker after ineffable illusions; and an exploration of the shifting nature of memory, Foreign Gods, Inc. is a brilliant work of fiction that illuminates our globally interconnected world like no other.

“We clearly have a fresh talent at work here. It is quite a while since I sensed creative promise on this level.”

“Richly evocative…Ndibe invests his story with enough dark comedy to make Ngene an odoriferous presence in his own right…In Mr. Ndibe’s agile hands, he’s both a source of satire and an embodiment of pure terror.”

“Hoffman is masterful with dialogue…his character voices are full and as nuanced as author Okey Ndibe created them to be.”

“Neither fable nor melodrama, nor what’s crudely niched as ‘world literature,’ the novel traces the story of a painstakingly-crafted protagonist and his community caught up in the inescapable allure of success defined in Western terms.”

“A Nigerian living in America has a moneymaking scheme—to return to his native village, steal the statue of a war god and sell it to a tony New York dealer who deals in such deities…Ndibe writes of culture clash in a moving way that makes Ike’s march toward disaster inexorable and ineffably sad.”

“Novelist Ndibe unfurls his rich narrative ­gradually, allowing room for plenty of character interaction while painting a revealing portrait of contemporary Nigeria. With piercing psychological insight and biting commentary on the challenges faced by immigrants, the novel is as full-blooded and fierce as the war deity who drives the story.”

“Foreign Gods, Inc. reads like the narrative of a taxi-driving Faust in modern Nigeria and America. With Molière-like humorous debunking of religious hypocrisy and rancid materialism, it teems with characters and situations that make you laugh in order not to cry.”

“Foreign Gods, Inc. is a blistering exploration of the contemporary African immigrant experience in America. Ndibe tackles tough questions: from the shifting notions of home and identity to the nature of greed. In prose which is fresh and often funny, Ndibe draws the reader into the heartbreaking story of Ike Uzondu’s attempt to survive in a world which seems determined to crush him.”

“Ndibe writes with a folksy inclusiveness, inviting characters in to stay a little longer than they’re needed, allowing for colorful banter among villagers who have an altogether different sense of time…Into this richly stocked brew of characters, Ndibe skilfully introduces some genuine suspense in the final stretch, guiding readers through the nail-biting tension of getting through customs Nigerian-style. As an author with a foot in Nigeria and the US, he expertly brings both worlds to life before they collide.”