In the Morning I'll Be Gone
Adrian McKinty 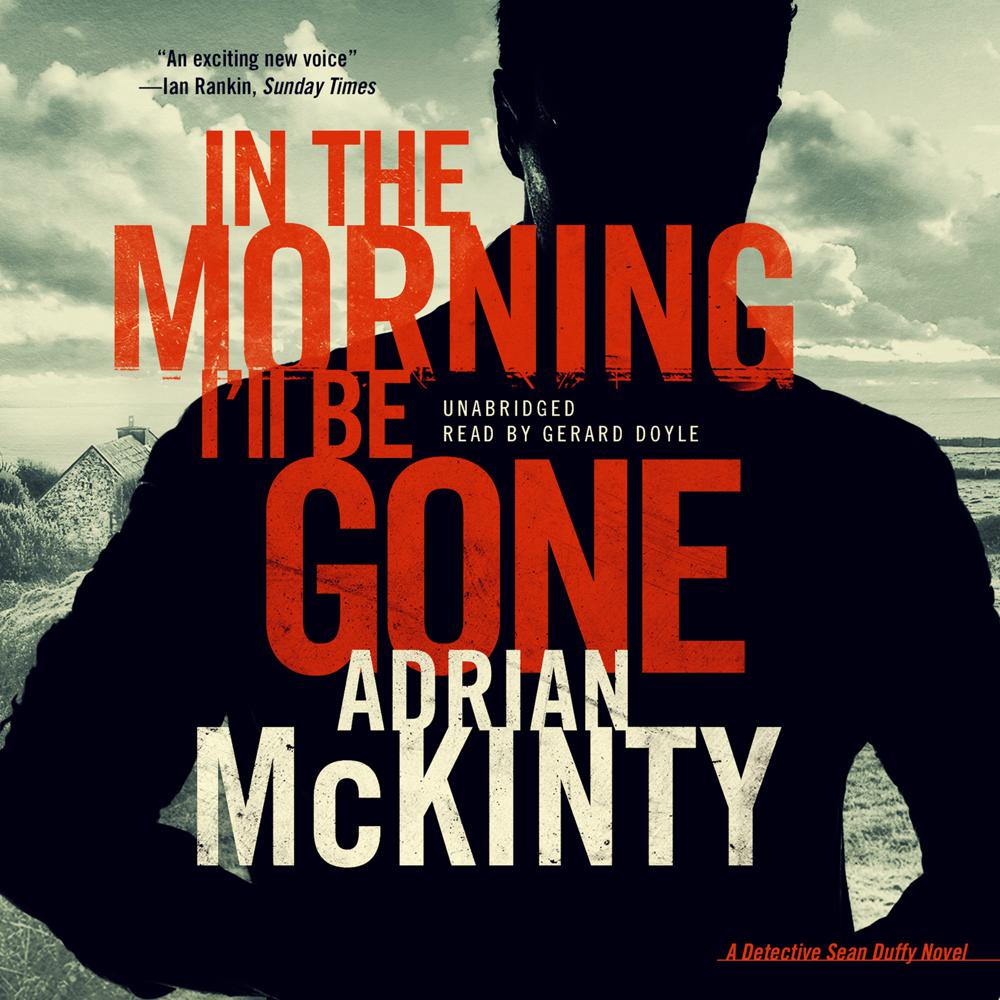 It's the early 1980s in Belfast. Sean Duffy, a conflicted Catholic cop in the Protestant RUC (Royal Ulster Constabulary), is recruited by MI5 to hunt down Dermot McCann, an IRA master bomber who has made a daring escape from the notorious Maze prison. In the course of his investigations Sean discovers a woman who may hold the key to Dermot's whereabouts; she herself wants justice for her daughter who died in mysterious circumstances in a pub locked from the inside. Sean knows that if he can crack the "locked-room mystery," the bigger mystery of Dermot's whereabouts might be revealed to him as a reward. Meanwhile the clock is ticking down to the Conservative Party conference in Brighton in 1984, where Mrs. Thatcher is due to give a keynote speech.

“A locked room mystery within a manhunt killer, a clever and gripping set-up that helps makes Duffy’s third outing easily his best so far.”

“Not content with constructing a complex plot, McKinty further wraps his story around a deliciously old-fashioned ‘locked room’ mystery, the solution to which holds the key to Duffy’s entire investigation. Driven by McKinty’s brand of lyrical, hard-boiled prose, leavened by a fatalistic strain of the blackest humor, In the Morning I’ll Be Gone is a hugely satisfying historical thriller.”

“This is the third in the series and, for me, the best, for it contains a locked room mystery at the heart of a drama about a major terrorist escape from the Maze prison, Belfast in 1983. Written in spare, razor-sharp prose, and leading up to a denouement that creeps up on you and then explodes like a terrorist bomb, it places McKinty firmly in the front rank of modern crime writers.”

“[A] superb trilogy reaches its finality…The hunt for [Duffy’s quarry] begins and ends spectacularly. McKinty is particularly convincing in painting the political and social backdrops to his plots. He deserves to be treated as one of Britain’s top crime writers.”

“An action movie view of the Troubles…A fast and thrilling ride from the reliably excellent McKinty.”

“It’s a sad day for fans of Adrian McKinty’s smart 1980s-set procedurals featuring mordantly charismatic Belfast cop Sean Duffy. Not because his latest, In the Morning I’ll Be Gone, is any sort of let-down but because it concludes what has been a hugely enjoyable trilogy. In some ways, Duffy resembles Iain Banks’ young male heroes—crass and impetuous but also wickedly funny and capable of an intense, redeeming empathy.”

“McKinty’s latest demonstrates his skill as one of Ireland’s best and most innovative crime writers.”

“An older, more sobered Duffy, still unconventional and willing to take chances but more reflective, more Sherlock Holmes and Edgar Allen Poe than Robocop. His growing maturity results in fewer bedroom scenes, but there is plenty of excitement and suspense elsewhere in this intelligent and gripping yarn.”

“With his Sean Duffy Troubles Trilogy, of which In the Morning I’ll Be Gone is the third installment, Adrian McKinty places riveting police procedurals in the political context of The Troubles, sharply ratcheting up the tension and fear as depictions of conspiracy, murder, and violence rise up from the page. But it’s not all grit: McKinty’s novels are also shot through with a smart, crackling humor that manages to be both dark and witty. Each book is a solid standalone, but it’s even better to ride the entire trilogy roller coaster with Duffy as your intimate companion. And why not?”

“The explosive conclusion to McKinty’s Troubles trilogy combines an IRA thriller with a locked-room mystery…Though it’s the end of the trilogy, readers will hope that this won’t be the last they see of Sean Duffy.”

“Doyle’s Northern Irish voices will inhabit listeners’ minds long after listening…Both writing and narration are superb in this combination of political thriller and classic locked-room mystery.”