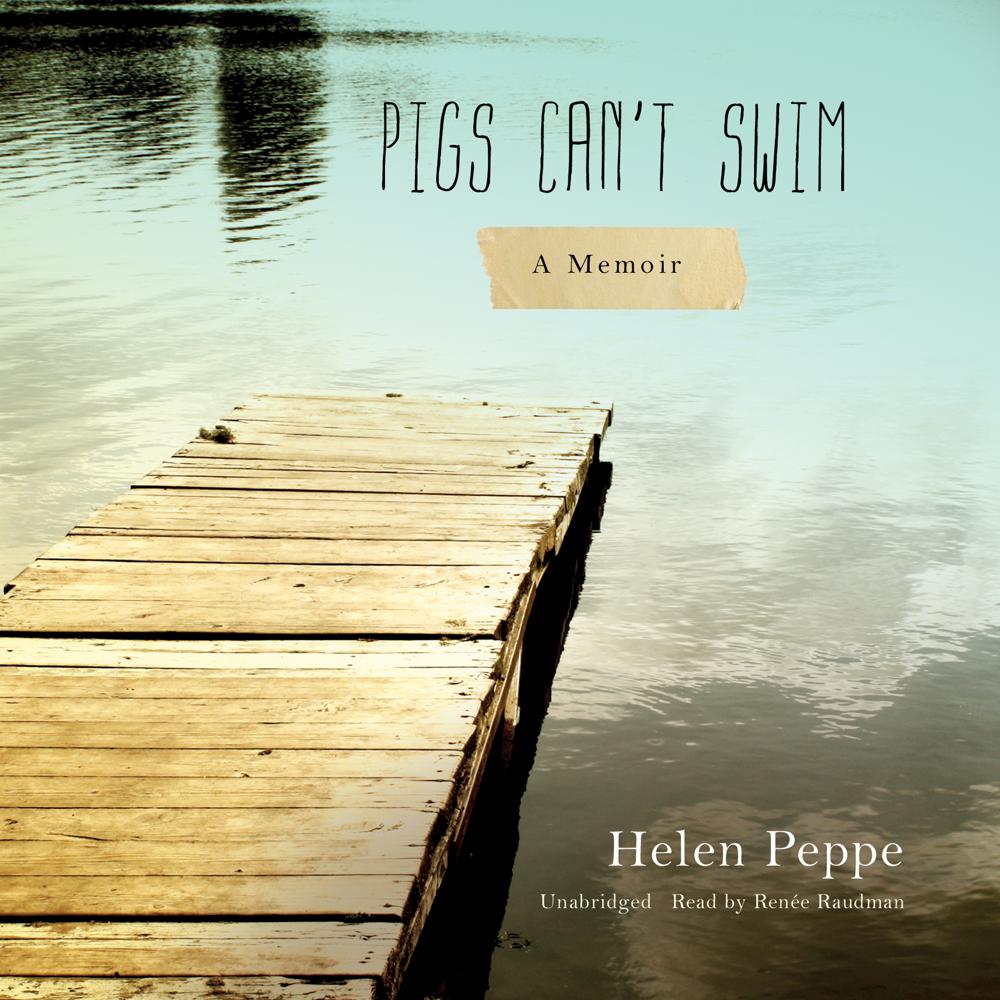 With everything happening on Helen Peppe's backwoods Maine farm—ferocious sibling rivalry, rock-bottom poverty, feral male chauvinism, sex in the hayloft—life was out of control, even for the animals. Despite the chaos, in telling her family's story, Peppe manages deadpan humor, an unerring eye for the absurd, and a touching compassion for her utterly overwhelmed parents. While her feisty resilience and candor will inevitably remind readers of Jeannette Walls or Mary Karr, Peppe's wry insight and moments of tenderness with family and animals are entirely her own.

“Narrator Renee Raudman is engaging…Raudman affects a voice full of wonder for Peppe’s childhood self, an impatient and disapproving tone for her harried mother, and a subtly wheedling tone for an older man with a prurient interest in the preteen Helen. These vocal characterizations help to distinguish the various characters.”

“Peppe recounts a harrowing childhood as the youngest of nine children, by turns ignored, reprimanded, or bullied…Peppe’s past, like the book itself, is raw and brutally depicted from the perspective of a child trying to make sense of the world and her place in it.”

“A writer and photographer’s wry but poignant account of her hardscrabble childhood and adolescence in rural New England…Unsentimental in its character portrayals and forthright yet humorous in its depiction of devastated innocence and family dysfunction, Peppe’s book is a celebration of difference, resilience, and the healing power of love.”

“Pigs Can’t Swim is a marvelously funny, moving, and spirited memoir, likely destined to become a classic in the genre.”

“Pigs Can’t Swim is all that a memoir can be at its best: a clear-eyed, big-hearted testament to resilience, a rediscovery of what matters, an ode to life.”

“An impressive and memorable debut.”

“Even though Pigs Can’t Swim is a memoir written by a grownup looking back, the unblemished trustworthiness as a kid looking at it for the first time is right there, wide-open, hiding nothing. I love this book.”

“A bracingly honest account of a troubled rural childhood inside a large New England family forced to scratch out a borderline existence on the poverty line in the last house on a dead-end country road. The book is brimming full of poignant human narratives that verge on the tragic, vividly and expertly rendered, but it’s also filled with redemptive accounts and empathetic love stories about the natural world and the creature world—dogs, horses, pigs—those wide-eyed companions who provide comfort along the way to those who are powerless to escape their circumstances.”