Our One Common Country
James B. Conroy 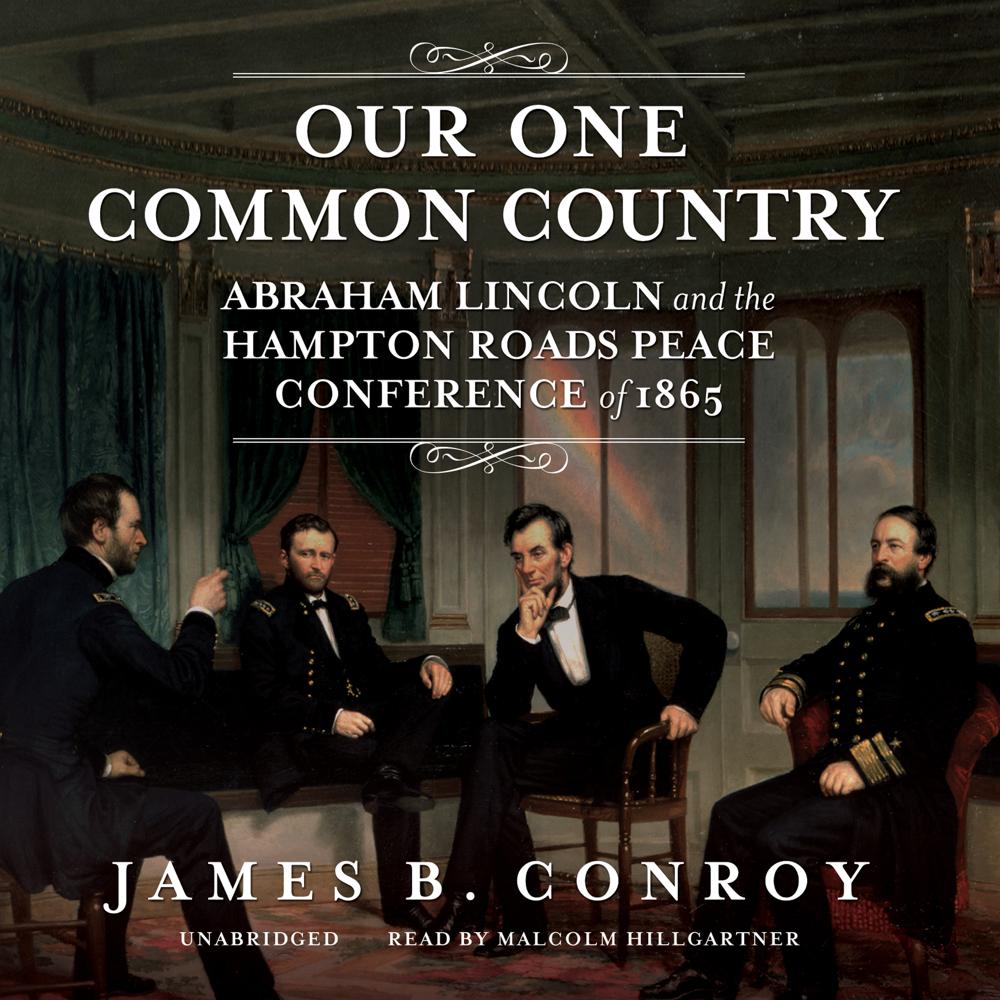 Our One Common Country explores the most critical meeting of the Civil War. Given short shrift or overlooked by many historians, the Hampton Roads Conference of 1865 was a crucial turning point in the War between the States. In this well written and highly documented book, James B. Conroy describes in fascinating detail what happened when leaders from both sides came together to try to end the hostilities. The meeting was meant to end the fighting on peaceful terms. It failed, however, and the war dragged on for two more bloody, destructive months.

Through meticulous research of both primary and secondary sources, Conroy tells the story of the doomed peace negotiations through the characters who lived it. With a fresh and immediate perspective, Our One Common Country offers a thrilling and eye-opening look into the inability of our nation's leaders to find a peaceful solution. The failure of the Hampton Roads Conference shaped the course of American history and the future of America's wars to come.

“Conroy is a terrific writer who tells the story of one of the war’s least known episodes, the Hampton Roads Peace Conference. But it is the way he describes the people around Lincoln, their interaction with him and each other, that makes this such a good read. Great anecdotes—if you’re like me you’ll find yourself pausing every few pages and saying, ‘I never knew that’—my favorite kind of book!”

“A brilliant account of the doomed effort to end the Civil War through diplomacy…In this excellent debut, Boston-based attorney Conroy vividly captures the hope, weariness, despair, and anger of the moment and the complexity of feelings on both sides…A splendid addition to any Civil War library.”

“Conroy’s impressively thorough and engaging document details the events leading up to, during, and immediately after the Hampton Roads Peace Conference, which has never before been the sole subject of a book…Conroy draws on private journals, official notes, newspaper reports, and more as he untangles this important, but often overlooked, moment in history.”

“In this massively researched, exceptionally well-written book, James Conroy has illuminated and set in its historical context an episode familiar and yet hitherto not closely examined. By carefully inserting vignettes of the actual fighters into the big picture, he gives his account an immediacy and human dimension rarely found in serious historical works. This is, moreover, a page-turner to be read for sheer pleasure.”

“Exhaustively researched and engagingly written, James Conroy’s account of the Hampton Roads Conference makes an important contribution to the field of Civil War studies. General readers will enjoy the memorable portraits of individuals and the convincing re-creation of popular emotions as the war ground toward its close. Scholars will have to take more seriously the abundant evidence of the priority that Lincoln gave to conciliating Southern whites, in order to gain their cooperation in Reconstruction.”

“The end of the Civil War is one of those bits of history we all think we know: Appomattox and all that. This audiobook opens up the story of the men who were trying to end the carnage weeks and months earlier, most notably through a peace conference at Hampton Roads, Virginia. Narrator Malcolm Hillgartner lets the story carry itself without unnecessary added drama and shades his voice just enough that we can tell when quotations start and end. He conveys passion where it’s warranted, particularly in the Southern editorials, without jarring the overall tenor of the production.”