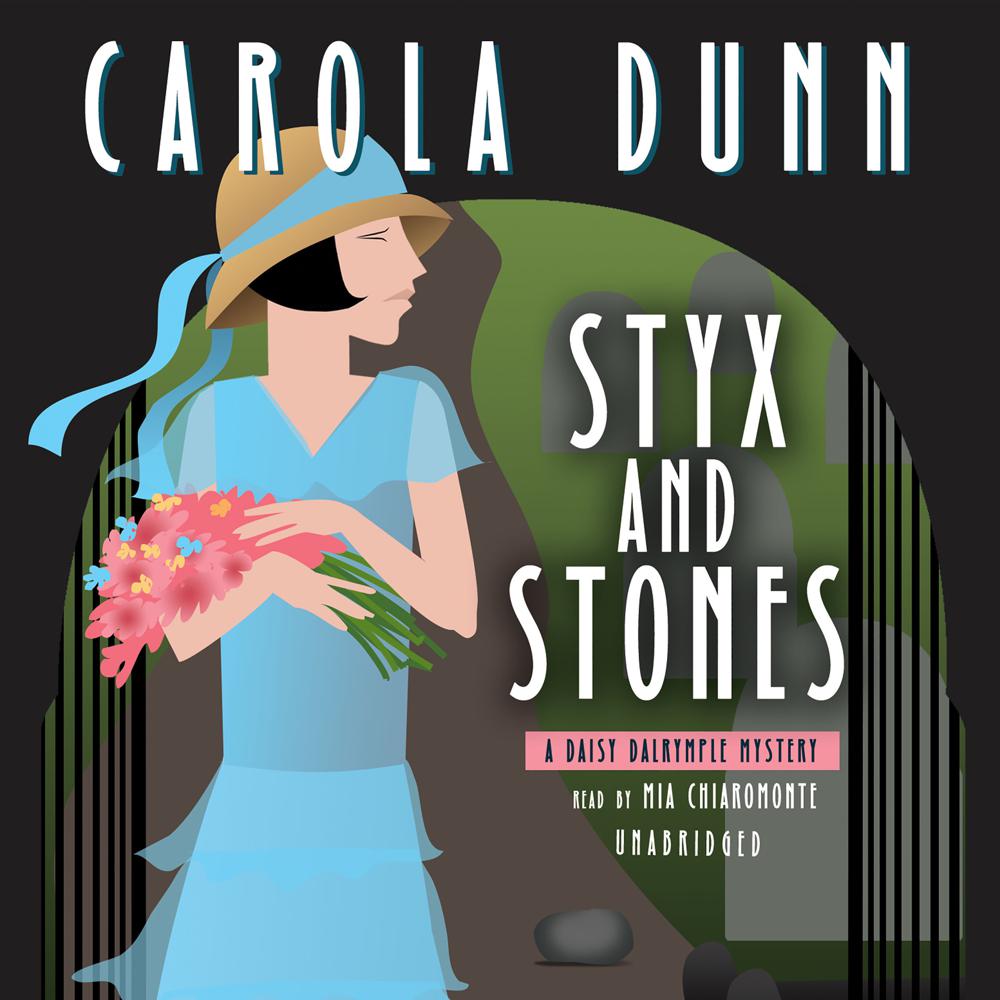 In the 1920s, in post–World War I England, the Honorable Daisy Dalrymple, newly married to Detective Inspector Alec Fletcher, is asked by her brother-in-law to discreetly investigate a series of poisoned pen letters that many of the local villagers have been receiving. When the pompous and unbearable brother of the local vicar is killed by a very large rock, dropped on his head from a great height, it seems clear to all that this campaign of gossip has escalated to murder. With the help of her husband, who'd rather she not get involved, Daisy tries to uncover who wrote the letters and who that person has driven to murder before the killer strikes again.

“With its picturesque setting, eccentric characters, and gentle sleuth, Styx and Stones is your prototype English village mystery. Daisy is an enjoyable creation, and readers will especially enjoy her interaction with Belinda. Dunn’s depiction of the changes occurring in the English social structure during the ’20s is also fascinating and enlightening.”

“Delightful…The upper-crust Daisy is an appealing heroine who always retains her respectability, even when encroaching on traditional male enclaves. While light in tone, her newest adventure, like the others in this series, offers enough tart wit to engage the seasoned mystery reader. And the novel is a feast for anglophiles.”