Lord of the Shadows
Darren Shan 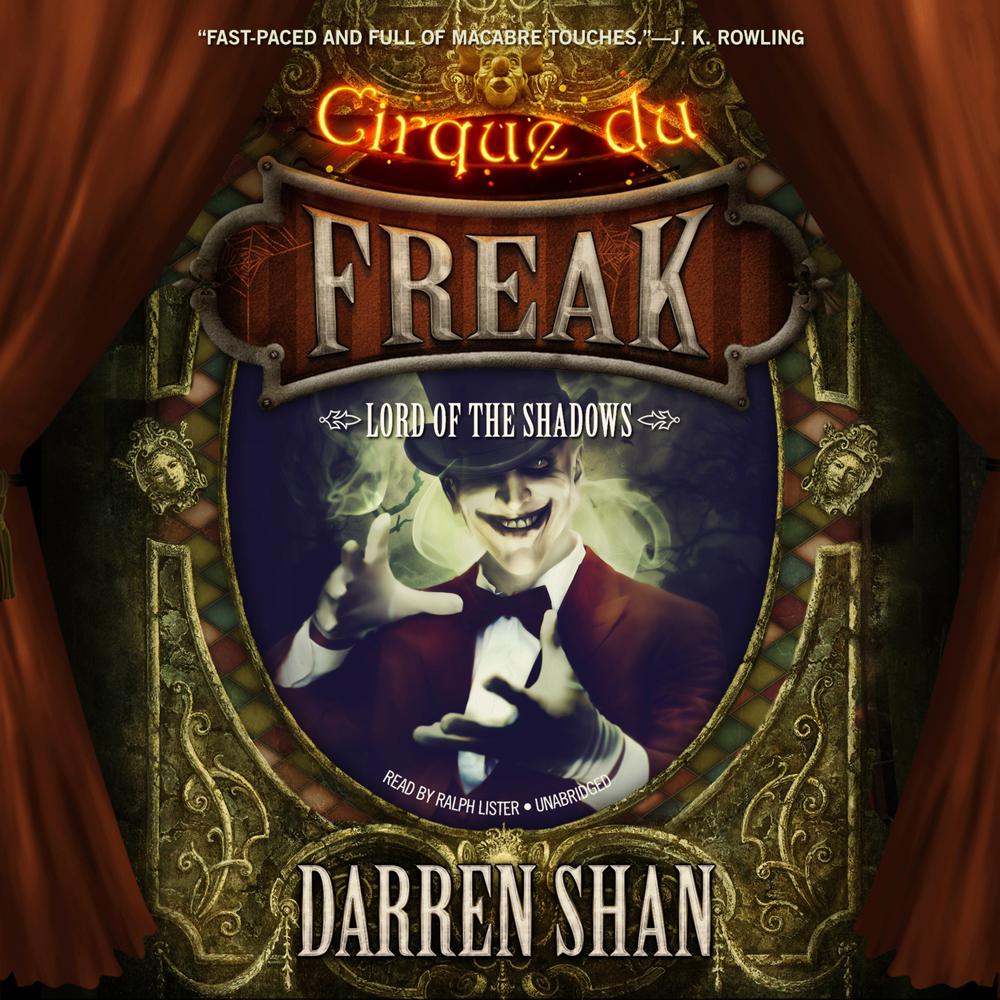 Darren Shan is going home—and his world is going to hell.

Darren is going back to where it all started, back to where he was reborn as a child of the night. But like Darren, the town has changed a lot over the years. Back home, old enemies await. Scores must be settled. Destiny looks certain to destroy him, and the world is doomed to fall to the Ruler of the Night.

Travel home with Darren in this, the penultimate book in the saga.

“Stephen King for kids…Darren Shan has brought his own brand of vampire mythology into the heads and hearts of thousands of children with his vivid and compelling series the Saga of Darren Shan, about one boy’s journey from ordinary lad to vampire prince. Once they’re hooked, kids tend to rip into the flesh of these books, quickly draining them of their lifeblood.”

“Even after eleven books, this series still has great momentum. The gory, heart-pounding action sequences—a staple of this series—do not deflect from Darren’s personal growth. Darren falls in love and experiences some very painful losses, but readers who pick up the books for the blood and guts will not feel dragged down by the human or vampire relationships. There is one very disturbing murder near the end of the book, but it is a necessary plot point to fully determine that there is no hope of redemption for Steve. Fans of the series will anxiously await the final volume.”

“Fast-paced…Readers of the series will anticipate the conclusion.”