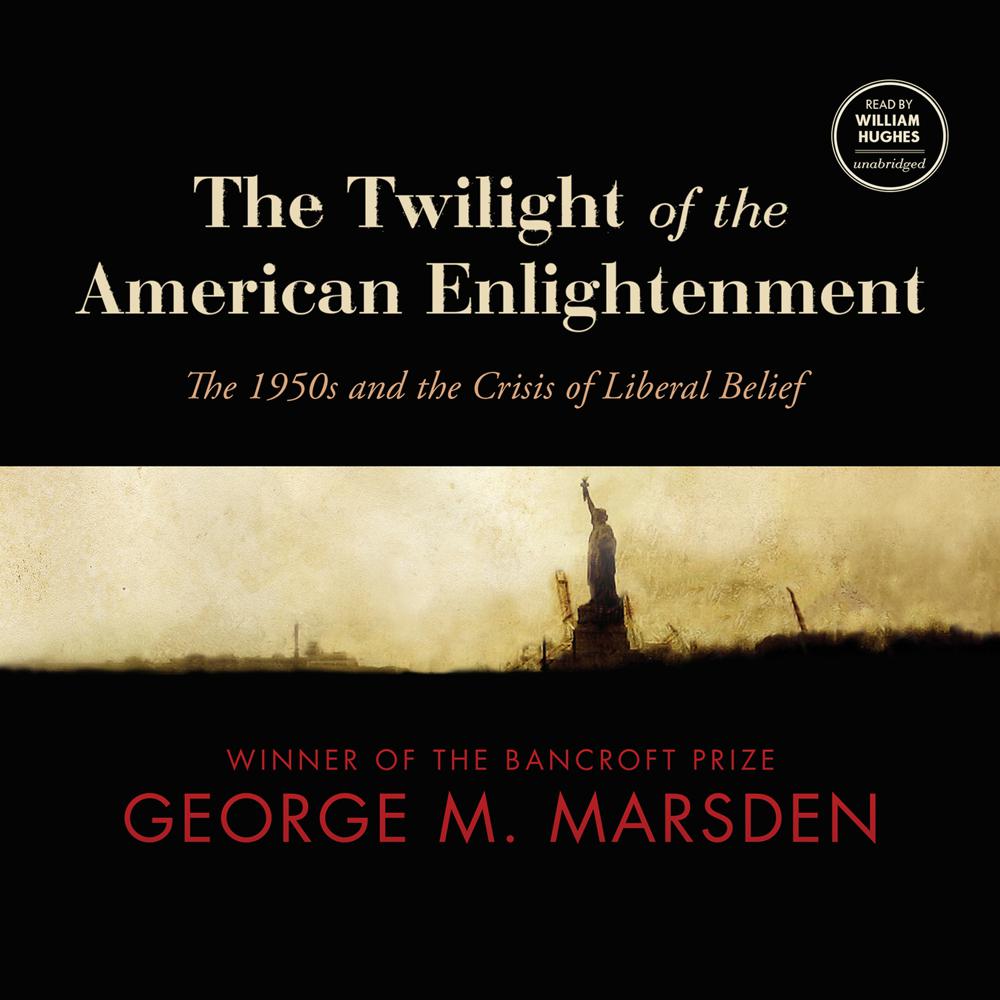 In the aftermath of World War II, the United States stood at a precipice. The forces of modernity unleashed by the war had led to astonishing advances in daily life, but technology and mass culture also threatened to erode the country's traditional moral character. As award-winning historian George M. Marsden explains in The Twilight of the American Enlightenment, postwar Americans looked to the country's secular liberal elites for guidance in this precarious time, but these intellectuals proved unable to articulate a coherent common cause by which America could chart its course. Their failure lost them the faith of their constituents, paving the way for a Christian revival that offered America a firm new moral vision—one rooted in the Protestant values of the founders.

A groundbreaking reappraisal of the country's spiritual reawakening, The Twilight of the American Enlightenment shows how America found new purpose at the dawn of the Cold War.

“[Marsden’s] critique of the consensus culture of the 1950s is original and persuasive, and he is dead right to contend, with [Abraham] Kuyper and his intellectual heirs, that the idea of ‘neutrality’ is a sham. Mr. Marsden’s book won’t bring resolution to the conflicts over abortion or same-sex marriage, but his reflections should remind us that America is still ours: We don’t have to take it back.”

“Under the surface of a seemingly placid era roiled a cauldron of doubts and discontent, according to this penetrating study of post-war intellectual ferment…Marsden’s erudite, sophisticated, but very accessible study reveals the suppressed spiritual hunger of a secular age.”

“Marsden employs historical analysis to suggest why the United States is so badly split between secular-oriented intellectuals and religiously doctrinaire church leaders, a split that seems to have harmed the nations moral character, forged during World War II…An important discourse.”

“This remarkable book gives us an insightful narrative of how we have gotten to our present failure to manage increasingly diverse cultural realities in North America. Marsden charts the various efforts over several decades in the last century to sustain a pluralism on the basis of a cultural consensus—both ‘atheists for Niebuhr’ and the New Religious Right had their own versions of this project. In exposing the underlying reasons for their failure, Marsden points the way to a challenging but exciting journey toward a truly inclusive pluralism.”

“George Marsden’s learned and accessible analysis of the intellectual culture of the 1950s is must reading for anyone trying to make sense of our current debates over religion in American public life.”

“In this compact but powerful analysis of American life and thought in the years since the Second World War, George Marsden shows why neither a triumphant secular liberalism nor a restored religious consensus can serve as a rallying point for national unity. Instead, he makes a case for a pluralism that treats the widest possible range of religious and nonreligious perspectives as equally deserving of protections and recognition, and rejects the privatization of religious speech and expression. The result is a book that is as much about dawning as about twilight, one that not only provides a fresh and compelling view of postwar America, but offers a fresh vision of the road ahead.”