He Drank, and Saw the Spider
Alex Bledsoe 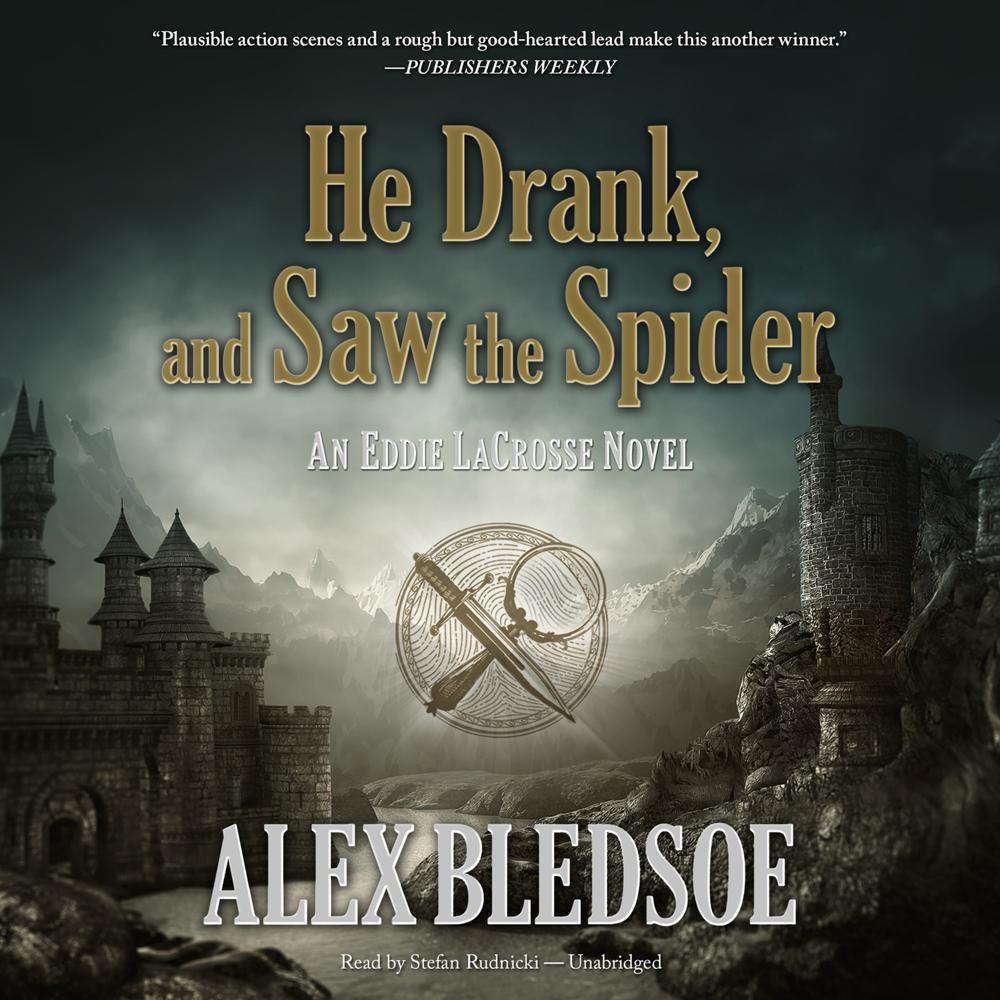 Alex Bledsoe continues the adventures of freelance sword jockey Eddie LaCrosse in the thrilling He Drank, and Saw the Spider.

After he fails to save a stranger from being mauled to death by a bear, a young mercenary is saddled with the baby girl the man died to protect. He leaves her with a kindly shepherd family and goes on with his violent life.

Now, sixteen years later, that young mercenary has grown up to become cynical sword jockey Eddie LaCrosse. When his vacation travels bring him back to that same part of the world, he can't resist trying to discover what has become of the mysterious infant.

He finds that the child, now a lovely young teenager named Isadora, is at the center of a complicated web of intrigue involving two feuding kings, a smitten prince, a powerful sorceress, an inhuman monster, and long-buried secrets too shocking to imagine. And once again she needs his help.

They say a spider in your cup will poison you but only if you see it. Eddie, helped by his smart, resourceful girlfriend Liz, must look through the dregs of the past to find the truth about the present—and risk what might happen if he, too, sees the spider.

“Plausible action scenes and a rough but good-hearted lead make this another winner.”

“Snarky humor and the great bantering between Eddie and Liz combine with a fun puzzle plot that is only slightly implausible. Fans of the lighter end of fantasy and smart-alecky heroes such as Harry Dresden might want to give this series a try.”

“Of all the clever things Bledsoe does with his LaCrosse novels, the cleverest is to set the stories in an unspecified era on an alternate version of Earth, thus allowing him to do whatever he wants without worrying about history. The blending of medieval-fantasy and private-eye tropes—Eddie’s fee is ‘twenty-five gold pieces a day plus expenses’—proves thoroughly entertaining for fans of both genres.”