Caesar and Christ
Will Durant 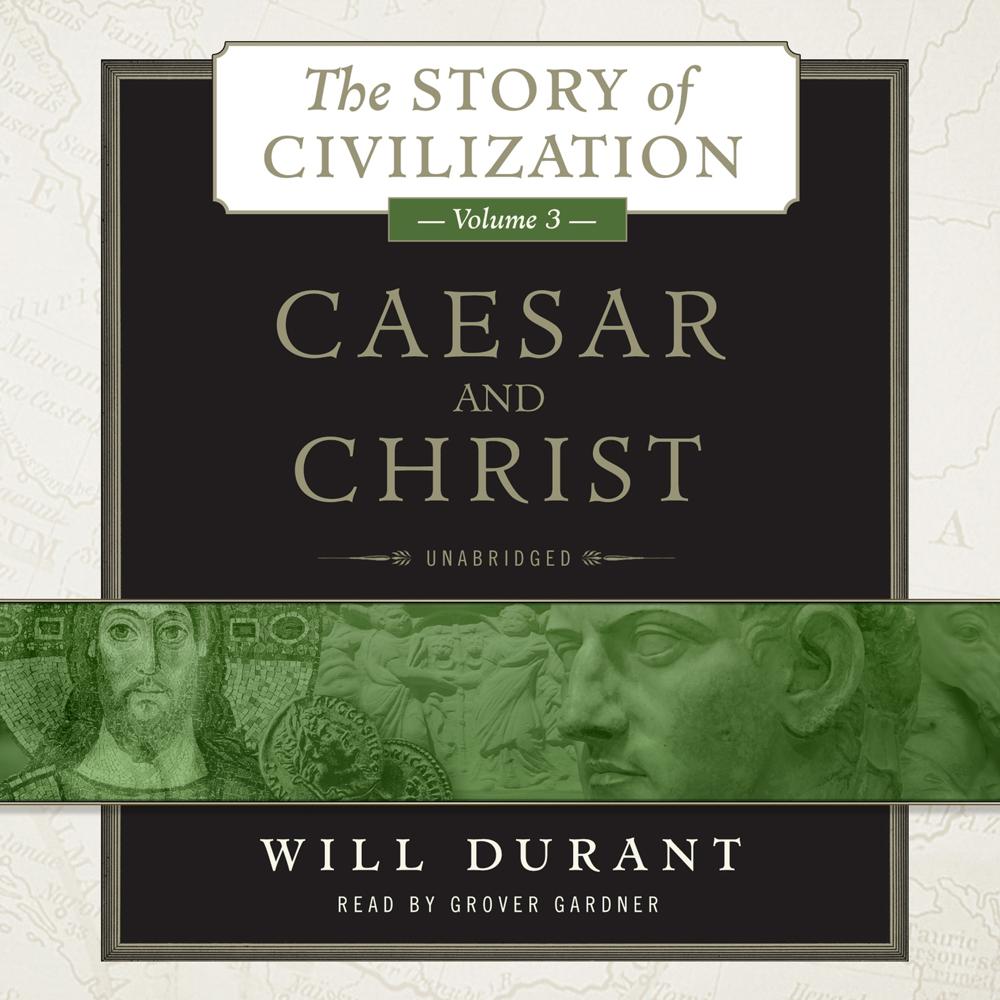 The third volume of Will Durant's Pulitzer Prize–winning series, Caesar and Christ chronicles the history of Roman civilization and of Christianity from their beginnings to 325 AD. In this masterful work, listeners will learn about:

- the Etruscan civilization of ancient Italy - the birth of the Roman Republic and the beginnings of Roman law - the great reigns of Caesar and Antony - the people of Rome—the artisans, tradesmen, and scientists - the places of Rome's great empire - the beginnings of Christianity and its growth - the rise of Constantine and the fall of the empire

“Durant’s history of Rome and early Christianity…is solid and well written—and narrator Grover Gardner’s easy professionalism does it justice…He varies intonation by matching the sense of the text without falling into repetitive patterns, and with his effortlessly perfect pacing, his narration flows like conversation, but not too informally…His is a self-effacing art that hides art; his reading is a demonstration of how to narrate intelligent nonfiction without effort or obtrusive mannerism, allowing the text to shine, never dull or repetitious, but consistently listenable and enjoyable.”