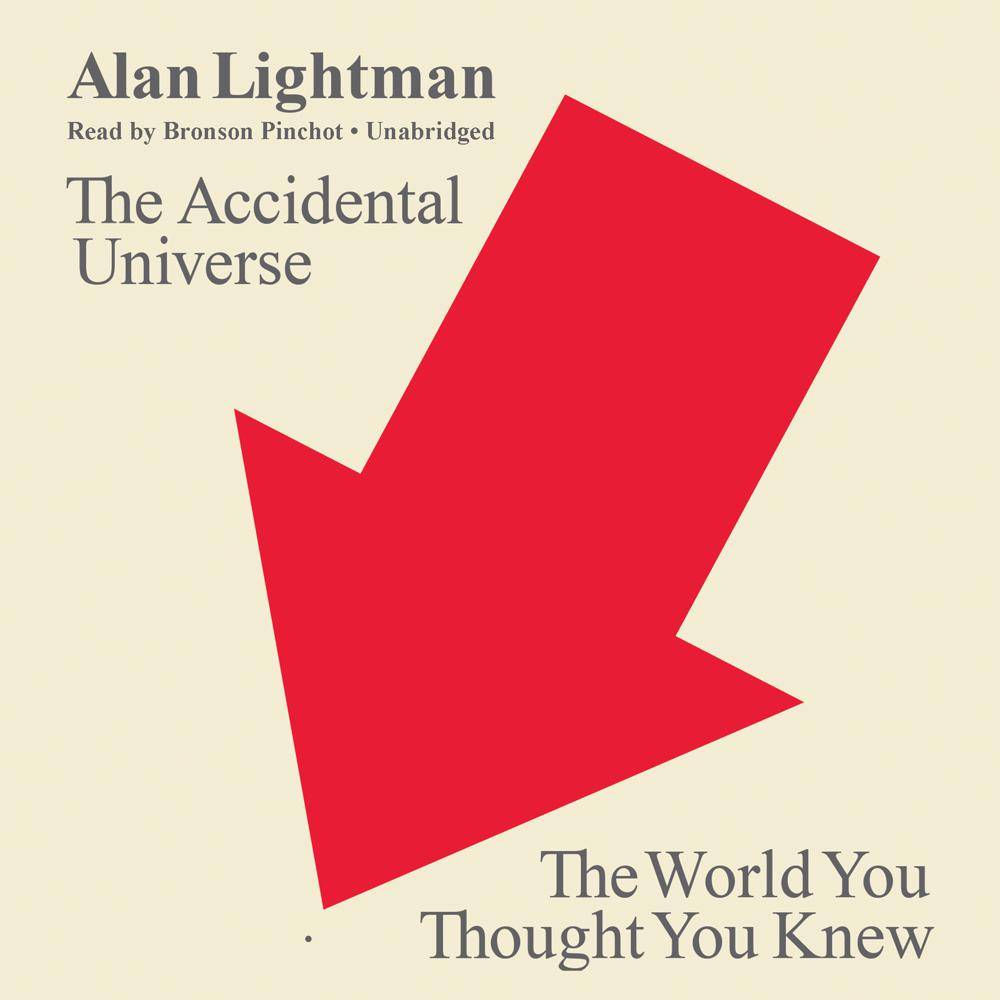 From the acclaimed author of Einstein's Dreams and Mr. g comes a meditation on the unexpected ways in which recent scientific findings have shaped our understanding of ourselves and our place in the cosmos.

With all the passion, curiosity, and precise yet lyrical prose that have marked his previous books, Alan Lightman here explores the emotional and philosophical questions raised by discoveries in science, focusing most intently on the human condition and the needs of humankind. He looks at the difficult dialogue between science and religion, the conflict between our human desire for permanence and the impermanence of nature, the possibility that our universe is simply an accident, the manner in which modern technology has separated us from direct experience of the world, and our resistance to the view that our bodies and minds can be explained by scientific logic and laws. And behind all of these considerations is the suggestion—at once haunting and exhilarating—that what we see and understand of the world is only a tiny piece of the extraordinary, perhaps unfathomable whole.

“Engrossing…Theoretical physicist and novelist Lightman offers insight into the ways that recent scientific discoveries shape our understanding of ourselves and our world…A thoughtful, straightforward collection of essays that invite readers to think deeply about the world around them.”

“Bronson Pinchot brings his clear, commanding voice to this book and sounds suitably authoritative. He reads slowly enough to allow listeners to follow the author’s argument and pauses effectively to let it sink in.”

“Theoretical physicist and novelist Lightman presents seven elegantly provocative ‘universe’ essays that elucidate complex scientific thought in the context of everyday experiences and concerns…Ranging from ancient intuitions and calculations to today’s high-tech inquiries, Lightman celebrates our grand quest for knowledge and takes measure of the challenges our discoveries deliver.”

“As both a novelist and an astrophysicist, the author bridges the cultural divide made famous by C. P. Snow in his iconic 1959 Cambridge lecture, “The Two Cultures”…He suggests that the mysteries of quantum physics (e.g., the particle/wave duality) become more explainable when we consider the increasing disembodiment of our social world, where virtual reality has become commonplace. A scientific and philosophical gem.”

“This essay collection could have only been penned by Lightman, that rare hybrid of physicist and storyteller. By shining the beam of his intellect on the cosmos, he illuminates our personal lives in the reflections.”

“Is our universe merely a statistical fluke, a rare accident that we happen to be able to observe? In The Accidental Universe, Alan Lightman introduces readers to physicists’ latest grapplings with the vastness of space, the ineluctable march of time, and the origin of mass. Vivid, personal, and often moving, Lightman’s reflections illuminate scientists’ zeal for lawfulness, symmetry, and order, as well as their arresting sense of wonder.”

“A sublime reminder of the mysteries behind and beyond the familiar—a call to wonder.”

“Alan Lightman is not only a graceful writer, he is a juggler of scales and perspectives, an informed questioner who works his way in deeper with each exertion. The Accidental Universe disassembles our theoretical surround, cleans and tests all arguments and assumptions, and then, dexterously, puts it all back together. Voila! A book born of stimulating discussions, it will now provoke them.”

“Alan Lightman deftly weaves the contradictions and mystery of our experience with the awe of exploring the vast physical universe. His graceful book inspires conversation about the wonder of our existence. It invites us to look up at the sky and see a grander, more comprehensible universe.”

“Science is changing the way we think, especially about ourselves. As a guide to the multiple identities that science now offers, you’ll want this beautiful book—poetic, humanistic, personal, inspiring. As a physicist, novelist, observer of coastal birds and the stars, Alan Lightman covers a lot of ground. Among so many other things, Lightman asks his reader to consider immortality, multiple universes, the possibility of a cyborg world, and those who might resist its seductions. I couldn’t put it down; a thrilling read.”

“Alan Lightman possesses the mind of a theoretical physicist and the soul of an artist. Those qualities animate each of the seven elegant essays of The Accidental Universe, as he enlightens us about the ‘many universes within our one universe, some visible and some not.’”