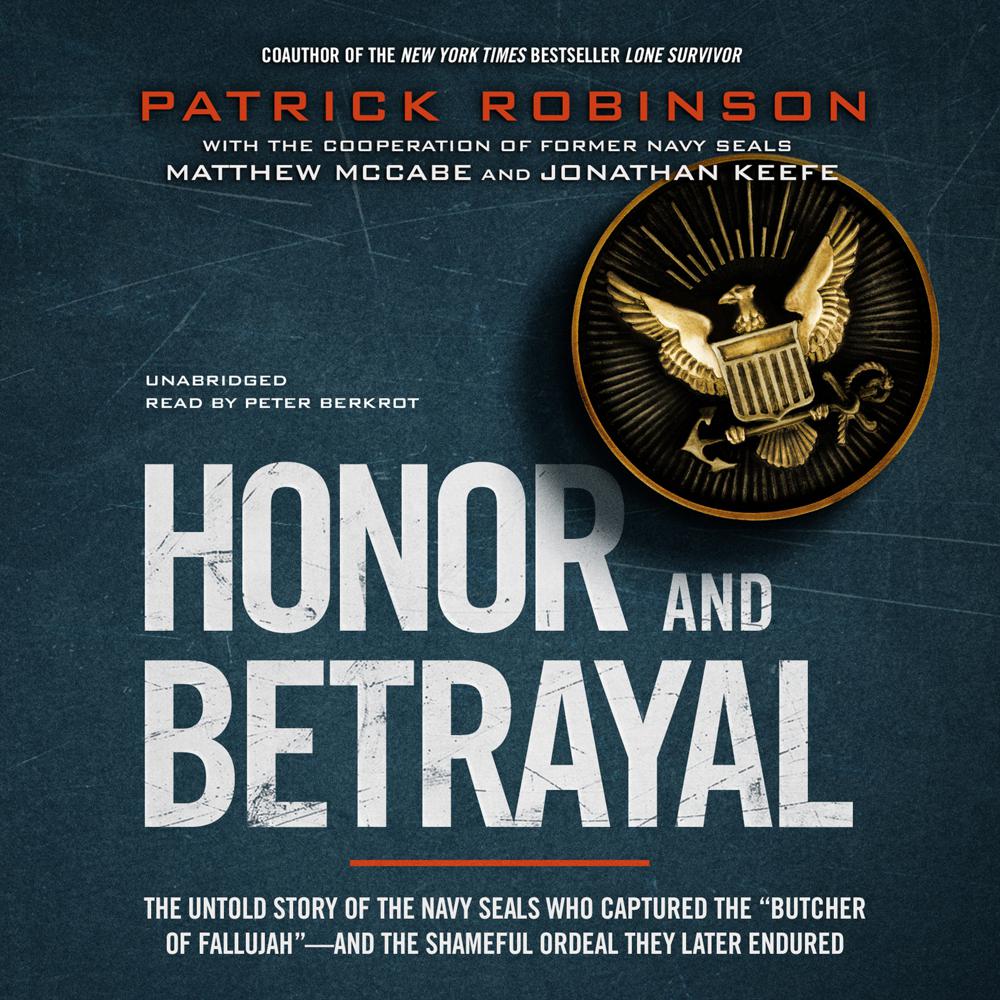 From the coauthor of the #1 New York Times bestseller Lone Survivor comes the riveting behind-the-scenes story of the three Navy SEALs who captured the "Butcher of Fallujah" and, having been charged with prisoner abuse, their long road to justice.

On a daring nighttime raid in September 2009, a team of Navy SEALs grabbed the notorious terrorist Ahmed Hashim Abed, the villainous "Butcher of Fallujah," the mastermind behind the 2004 murder and mutilation of four American contractors. In this no-holds-barred account, bestselling author Patrick Robinson reveals for the first time the entire story, from the night the SEALs stormed the al-Qaeda desert stronghold to the accusations and legal twists and turns that followed to the cut-and-thrust drama in the courtroom where the fate of three American heroes hung in the balance.

“In this very important book, author Patrick Robinson shows how the culture of our military is imperiled by a high command that too frequently allows political correctness to trump honor and common sense.”