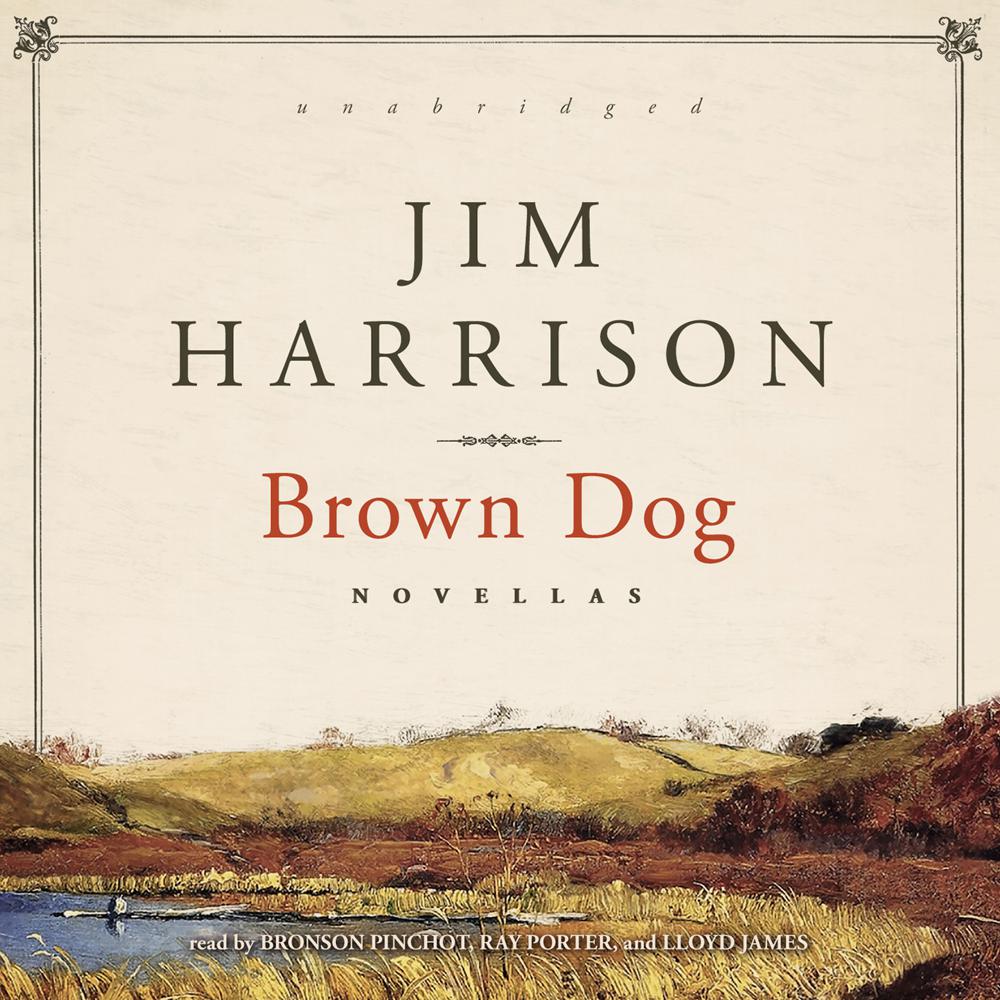 New York Times bestselling author Jim Harrison is one of America's most beloved writers, and of all his creations, Brown Dog—a bawdy, reckless, down-on-his-luck Michigan Indian—has earned cult status with readers in the more than two decades since his first appearance. For the first time, Brown Dog gathers all the Brown Dog novellas, including one never before published, into one volume—the ideal introduction (or reintroduction) to Harrison's irresistible Everyman.

In these novellas, BD rescues the preserved body of an Indian from Lake Superior's cold waters; overindulges in food, drink, and women while just scraping by in Michigan's Upper Peninsula; wanders Los Angeles in search of an ersatz Native activist who stole his bearskin; adopts two Native children; and flees the authorities then returns across the Canadian border aboard an Indian rock band's tour bus. The collection culminates with "He Dog," never before published, which finds BD marginally employed and still looking for love (or sometimes just a few beers and a roll in the hay) as he goes on a road trip from Michigan to Montana and back, arriving home to the prospect of family stability, and, perhaps, a chance at redemption.

Brown Dog underscores Harrison's place as one of America's most irrepressible writers and one of the finest practitioners of the novella form.

“This essential collection of six novellas (including the never-before-published “He Dog”) offers an omnibus look at Brown Dog, a pure Harrison creation and a glorious character who will make readers howl with delight…Often moving, frequently funny, these five hundred pages offer the best way to get acquainted (or reacquainted) with one of literature’s great characters.”

“Brown Dog’s tales are lifted from other Harrison collections and gathered in a single volume, which is just right…Rollicking, expertly observed, beautifully written. Any new book by Harrison is cause for joy, and having all the Brown Dog stories in one place is no exception.”

“Harrison takes pains not to paint his leading man as a ‘noble savage,’ but the character’s observations highlight the foibles and hypocrisy of modern life. Readers new to Harrison’s sagas will be happy for this full introduction. Those already familiar will find here a satisfying conclusion that leaves open the possibility for further adventures.”