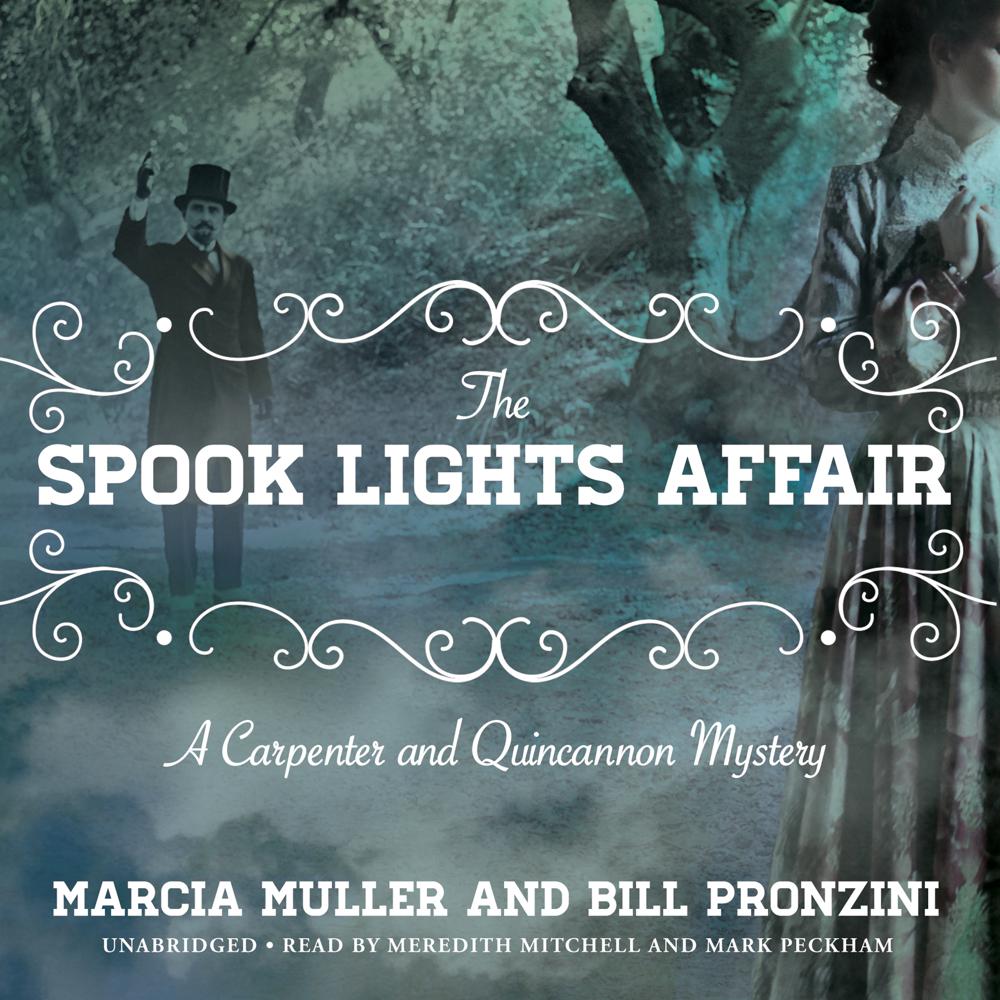 A debutante's missing body, murder most foul, and weird spectral lights in the fog make for a thrilling gaslight-era tale of mystery and detection.

In 1895 San Francisco young debutantes don't commit suicide at festive parties, particularly not under the eye of Sabina Carpenter. But Virginia St. Ives evidently did, leaping from a foggy parapet in a shimmer of ghostly light. The seemingly impossible disappearance of her body creates an even more serious problem for the firm of Carpenter and Quincannon, Professional Detective Services.

Sabina didn't want to take the case, but her partner John Quincannon insisted it would serve as entr├®e to the city's ultra rich and powerful. That means money, and Quincannon loves the almighty dollar—which is why he is hunting the bandit who robbed the Wells Fargo office of $35,000.

Working their separate cases—while Sabina holds John off with one light hand—the detectives give readers a tour of the city the way it was. From the infamous Barbary Coast to the expensive tenderloin gaming houses and brothels frequented by wealthy men, Quincannon follows a danger-laden trail to unmask the murderous perpetrators of the robbery. Meanwhile, Sabina works her wiles on friends and relatives of the vanished debutante until the pieces of her puzzle start falling into place. But it's an oddly disguised gent appearing out of nowhere who provides the final clue to both cases—the shrewd "crackbrain" who believes himself to be Sherlock Holmes.

“Muller and Pronzini’s latest entry in their mystery series featuring Carpenter and Quincannon excels at evoking the time period of 1895 San Francisco…Social hierarchy plays a key role in both how the characters interpret the clues, and how the other characters treat the two detectives. An appearance by a detective who could be Sherlock Holmes adds to the puzzle.”

“Mystery Writers of America Grand Masters Muller and Pronzini return to San Francisco in 1865 with new cases for John Concannon and Sabina Carpenter…Historical mystery readers will enjoy this well-researched story from a pair of always reliable genre veterans.”