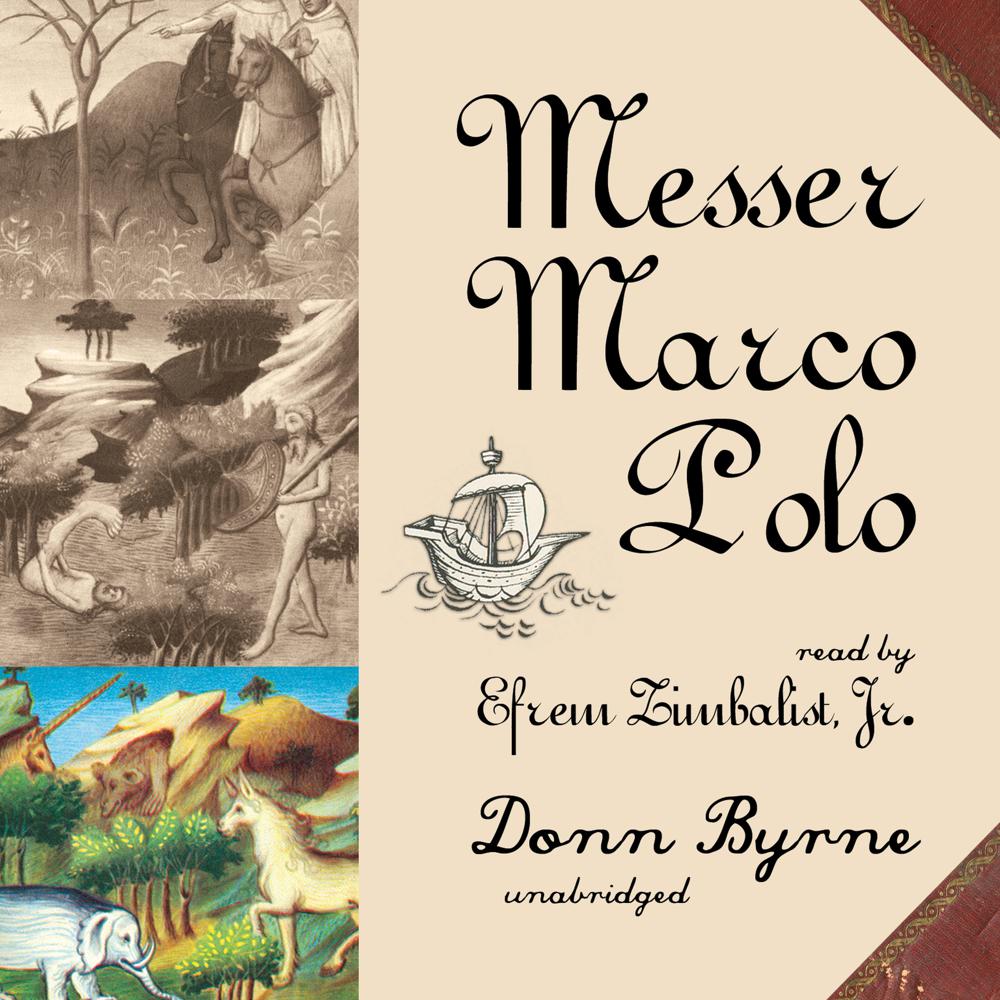 Imagine the kingdom of Asia sifted through the Celtic imagination. Messer Marco Polo is the fictionalized account of the travels of Marco Polo as told by Malichi Campbell, an Ulsterman.

Young Marco Polo meets Kubla Khan, the King of Siam, and Saint Paul, and he falls in love with the beautiful Golden Bells. After her magicians save him from death in the desert, he stays and marries her. Following her death, Polo returns to Venice as an old man.

Audiobook producer Stefan Rudnicki and acting legend Efrem Zimbalist, Jr., were reminiscing about favorite childhood books when they both recalled Messer Marco Polo as one of the best. The result is this collaborative effort for a truly charming audiobook.

“The language is lilting, as is Zimbalist’s voice, and the descriptions of the many wonders Marco sees are quite beautiful.”