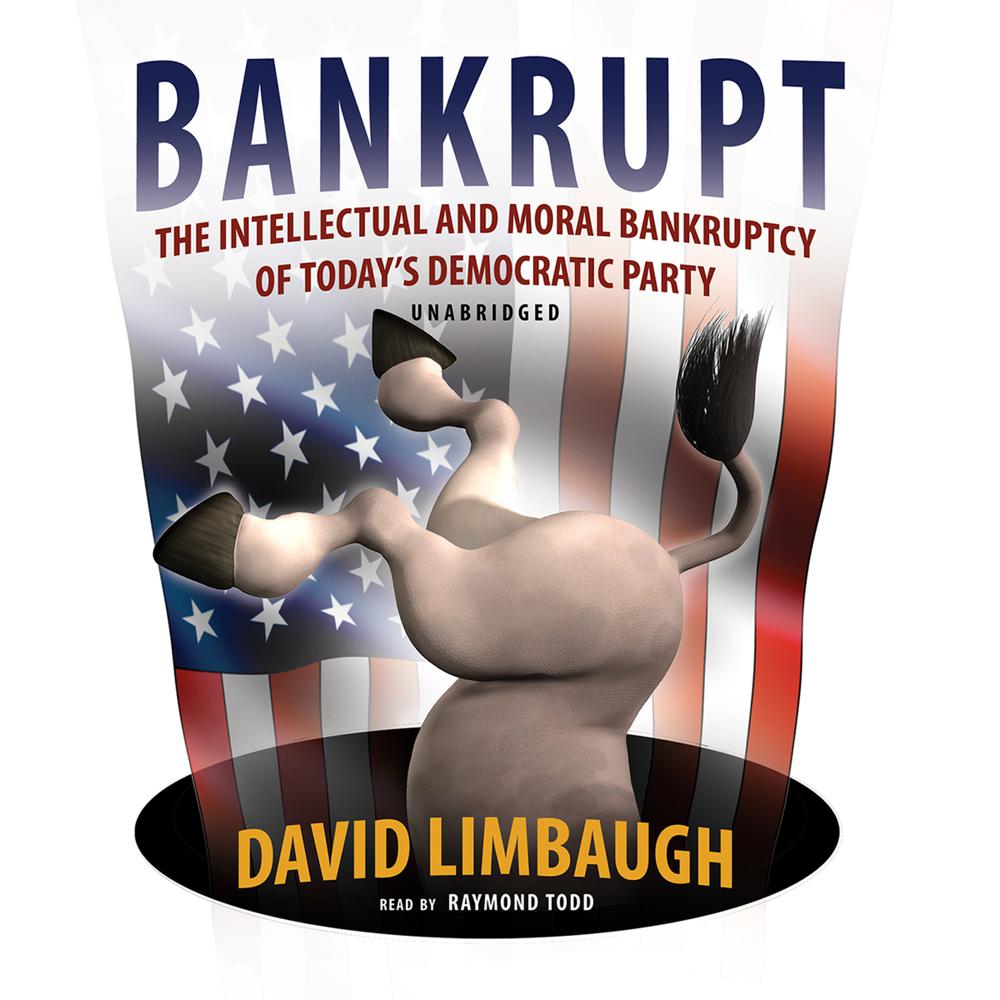 With his trademark bull’s-eye analysis and common sense, David Limbaugh provides a sobering and shocking portrait of a Democrat Party too morally and intellectually bankrupt to serve our country.

“Don’t ever, ever be tempted to vote for a liberal, even as a protest vote. David Limbaugh shows you why, in the most devastating critique I’ve ever seen of just how intellectually and morally bankrupt the Democratic Party has become. When it comes to ‘must reads,’ put David Limbaugh’s Bankrupt at the top of your list.”

“David Limbaugh serves up a meticulous, methodical, and utterly devastating indictment of the Democratic Party. Everything you need to know about the lies, failures, and abject bankruptcy of the Left is here. A timely and chilling reminder for the election season. Read it.”

“My friend David Limbaugh has done the country a great service in his excellent new book, Bankrupt. By documenting the intellectual and moral bankruptcy of the modern Democratic Party, he has made it impossible for anyone who cares about America’s future—or about honesty—to vote for a current Democrat.”

“Our country needs a responsible opposition party—a party willing to participate in an honest policy debate—but sadly, the Democrats fall way short of the mark. In sobering, breathtaking detail, Bankrupt shows why.”