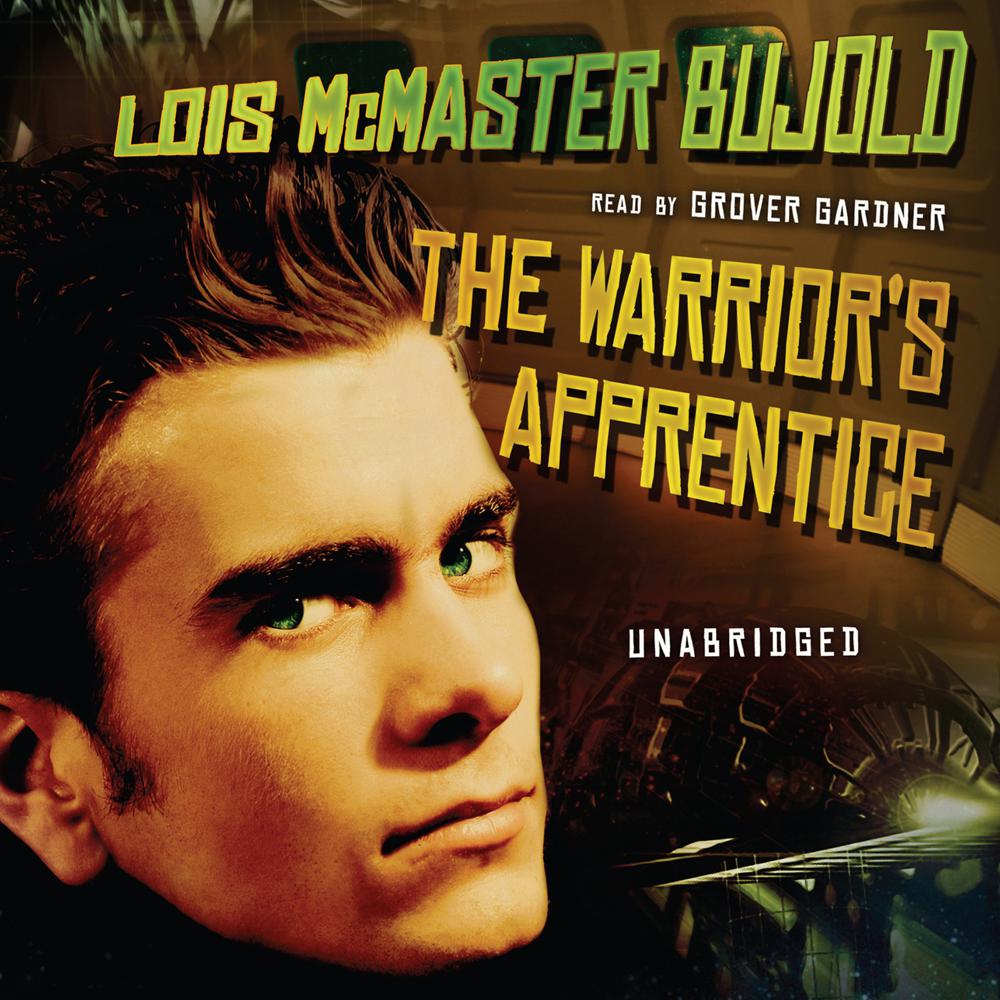 Miles Vorkosigan makes his debut in this frenetic coming-of-age tale. At age seventeen, Miles is allowed to take the entrance exams to the elite military academy; he passes the written but manages, through miscalculation in a moment of anger, to break both his legs on the obstacle course, washing out before he begins. His aged grandfather dies in his sleep shortly after, and Miles blames himself. He is sent to visit his grandmother Naismith on distant Beta Colony, accompanied by his bodyguard, Sergeant Bothari, and Bothari’s daughter, Elena. Miles passes himself off as a mercenary leader as he picks up a ragtag crew, and soon his father Aral is under political attack back home as garbled rumors of Miles’ mercenary operations trickle back. Miles must abandon his new fleet and dash back to Barrayar to stop the plot.

“The Warrior’s Apprentice displays such wit, style, and versatility that there’s no doubt about it; Bujold is one of the best writers of SF adventure to come along in years.”

“The pace is breathless, the characterization thoughtful and emotionally powerful, and the author’s narrative technique and command of language compelling. Highly recommended.”