"What Do You Care What Other People Think?"
Richard P. Feynman 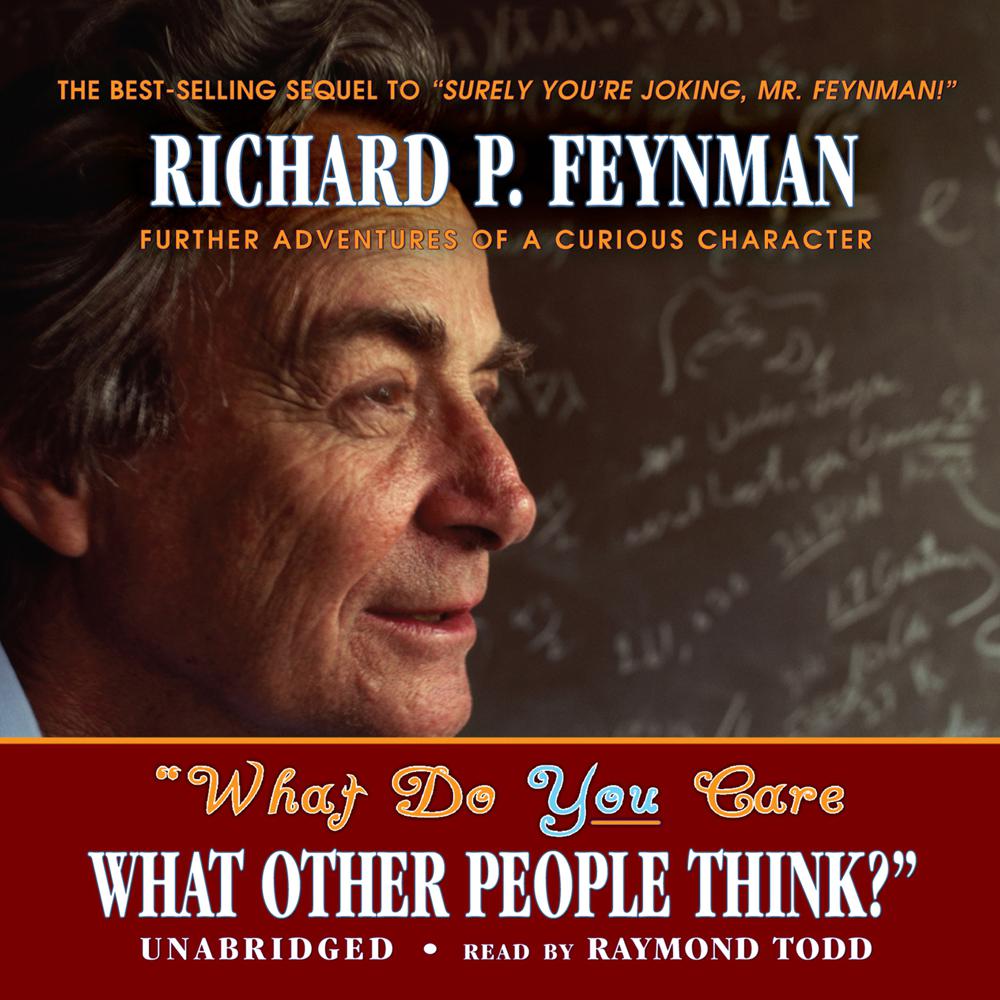 One of the greatest theoretical physicists of the twentieth century, Richard Feynman possessed an unquenchable thirst for adventure and an unparalleled ability to tell the stories of his life. “What Do You Care What Other People Think?” is Feynman’s last literary legacy, prepared with his friend and fellow drummer, Ralph Leighton.

Among the book’s many tales, we meet Feynman’s first wife, Arlene, who taught him love’s irreducible mystery as she lay dying in a hospital bed while he worked nearby on the atomic bomb at Los Alamos. We are also given a fascinating chronicle of the investigation of the space shuttle Challenger’s explosion in 1986, and we relive the moment when Feynman revealed the disaster’s cause by an elegant experiment: dropping a ring of rubber into a glass of cold water and pulling it out, misshapen.

“Feynman’s voice echoes raw and direct through these pages.”

“By the evidence of this book alone, it is clear that [Feynman] was an original, brilliant, curious, energetic, eclectic, ebullient, gregarious, and consummately iconoclastic human being with a passion for science, a taste for first principles, and a view of reality that was uniquely his. When he discusses what he really loved, his natural genius shines through.”

“Readers...will be happy to find this in their libraries.”