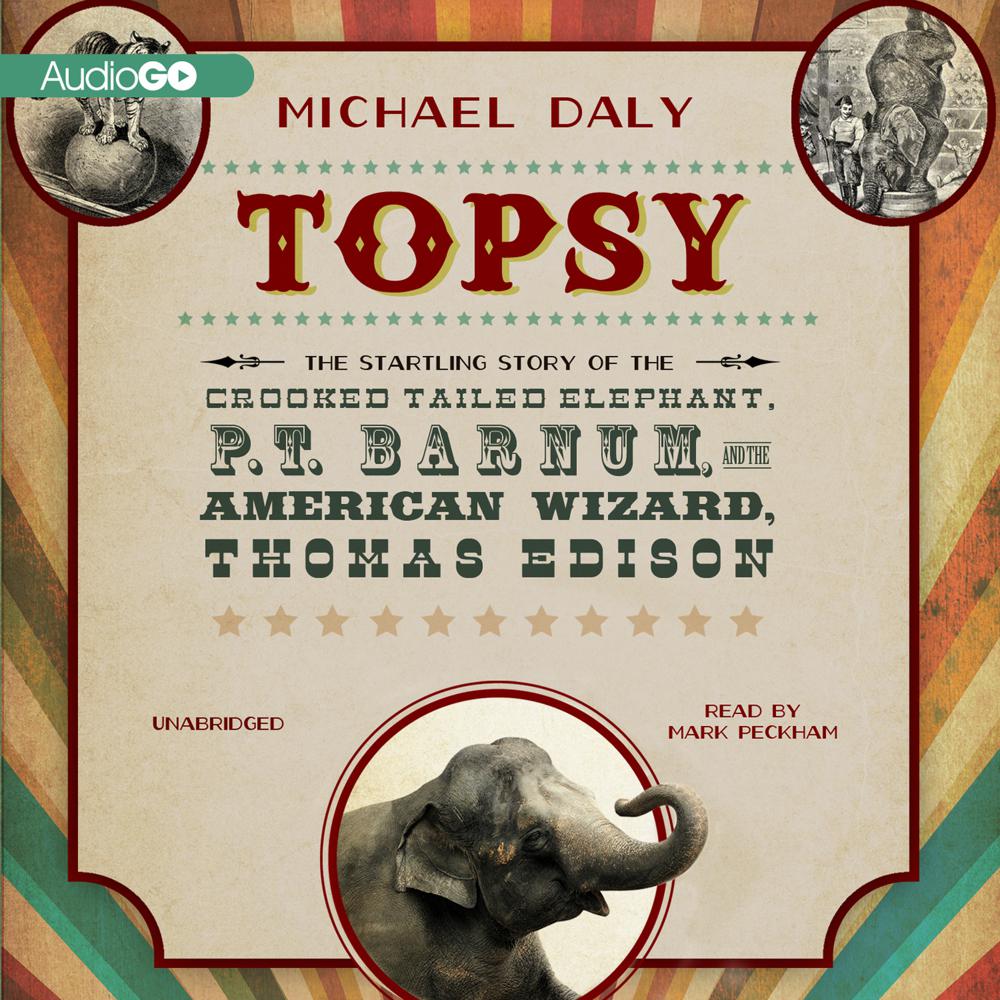 In 1903 at the soon-to-open Luna Park on Coney Island, an elephant named Topsy was electrocuted, likely with advice from Thomas Edison, whose film crew recorded the horrible event. Over the past century, this bizarre, ghoulish execution has reverberated through popular culture with the ring of an urban legend. But it really happened, and today, Edison's footage can be found on YouTube, where it has been viewed nearly two million times.

Many historical forces conspired to bring Topsy, Edison, and those 6,600 volts of alternating current together at Coney Island that day. Journalist Michael Daly's Topsy is a fascinating popular history that traces them, from the rise of the circus in America and the lives of circus elephants, through Thomas Edison, George Westinghouse, and the war of the currents, to the birth of Coney Island.

Throughout the book, Daly follows Topsy's picaresque life up to the point of her death, from her capture, the roar of the crowd, life on the endless road, and the tormenting of her trainers, weaving her tale through other big stories such as P. T. Barnum and Adam Forepaugh's circus rivalry, trainers Stewart Craven and Eph Thompson's kindness to the animals, and Thomas Edison's attempt to prove alternating current was far more dangerous than his direct current. It's a touching tale, and it is impossible to read Topsy and look at the circus, elephants, or Thomas Edison the same way again. Above all, Topsy is an entertaining read that brings to life this remarkable world and its characters.

“Step right up, folks, and read all about it! The amazing tale of elephants, electricity, Edison and Barnum, stunts, fights, and ghastly events. Topsy is a nineteenth-century reality show that boggles the mind as the pages fly by with events that have you laughing out loud one moment and gasping in disbelief the next.”

“Remarkable…Daly’s fascinating, nuanced portraits of the seedy sides of the circus’ heyday and the dawn of the electric age make for incredibly entertaining reading.”

“The story of the sadly electrocuted elephant Topsy is actually two stories: one of circuses and one of the fight over electricity standards. Mark Peckham narrates the exploits of the two men who figure most in those stories with dramatic emphasis. He brings to life the boasting and trickery of P. T. Barnum and the strident statements of Thomas Edison with equal skill. Peckham creates mental pictures skillfully, re-creating a past era and the lives of two of its legends…A fascinating listen.”

“A fascinating and moving piece of American history and a meditation on the cost of entertainment and human progress.”

“This book should be read by anyone who’s ever been to the circus…I’ve always respected Michael Daly as a great New York writer. But here, he reaches out to the world beyond New York and goes deep. The results are extraordinary.”