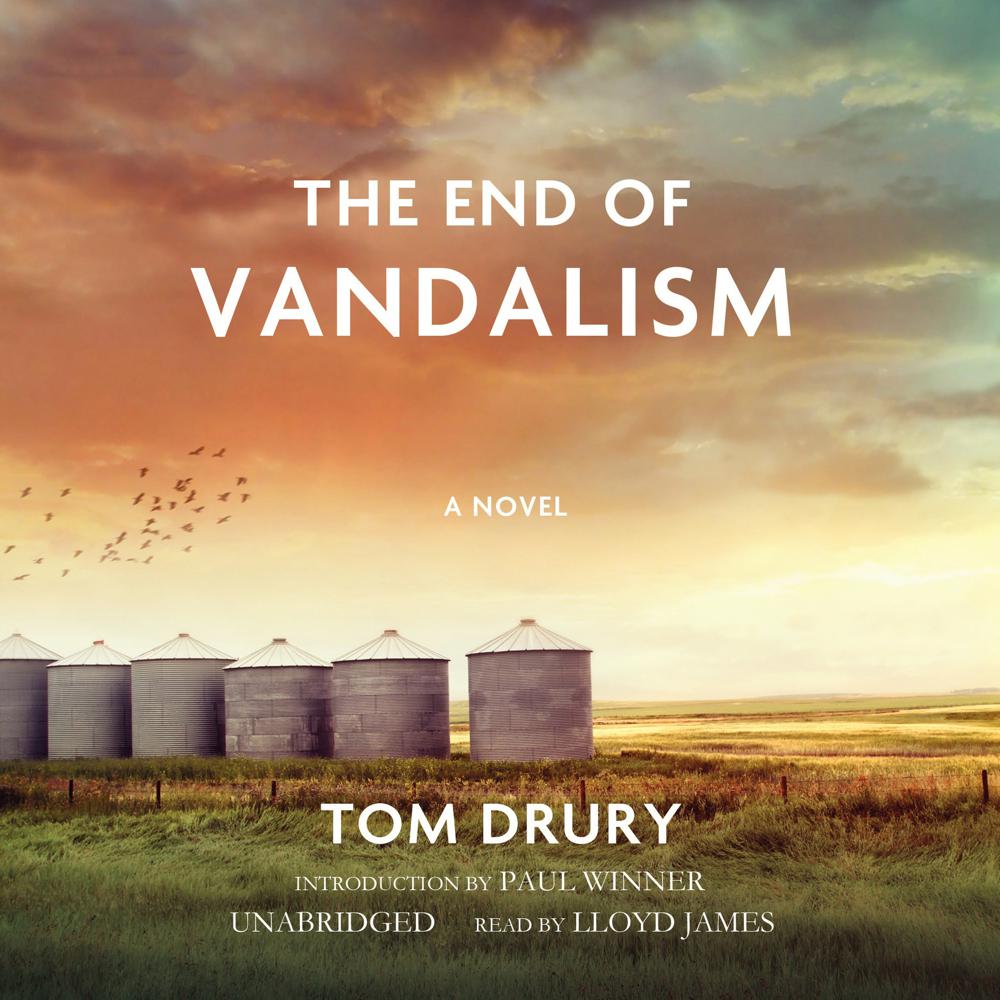 Ten years ago, Tom Drury's groundbreaking debut, The End of Vandalism, was serialized in the New Yorker, was compared to the work of Sherwood Anderson and William Faulkner by USA Today, and was named a Best Book of the Year in multiple publications.

Welcome to Grouse County—a fictional Midwest that is at once familiar and amusingly eccentric—where a thief vacuums the church before stealing the chalice, a lonely woman paints her toenails in a drafty farmhouse, and a sleepless man watches his restless bride scatter their bills beneath the stars. At the heart of The End of Vandalism is an unforgettable love triangle set off by a crime: Sheriff Dan Norman arrests Tiny Darling for vandalizing an antivandalism dance and then marries the culprit's ex-wife Louise. So Tiny loses Louise, Louise loses her sense of self, and the three find themselves on an epic journey. At turns hilarious and heartbreaking, The End of Vandalism is a radiant novel about the beauty and ache of modern life.

“Brilliant, wonderfully funny…It’s hard to think of any novel—let alone a first novel—in which you can hear the people so well. This is indeed deadpan humor, and Tom Drury is its master.”

“Every so often a debut novel appears that simply stuns you with the elegance and beauty of its writing…Remarkable…Drury’s prose is gorgeously descriptive.”

“The End of Vandalism is a remarkably funny book without being in the least frivolous…Although Drury has been compared to Garrison Keillor and Raymond Carver, he’s really in a class of one.”

“[Drury’s] sense of place and his eye for the particular in the mundane are extraordinary. This is a quiet book that grows in emotional resonance.”

“Affectionately chronicles the mundane but elevates it to a richly comic plane.”

“A poker-faced look at American folkways in a world that is precarious and perverse…There’s an awful lot to like here: the dialogue, the sly humor, the feather-light touch, the clean drive of the prose.”