Duel with the Devil
Paul Collins 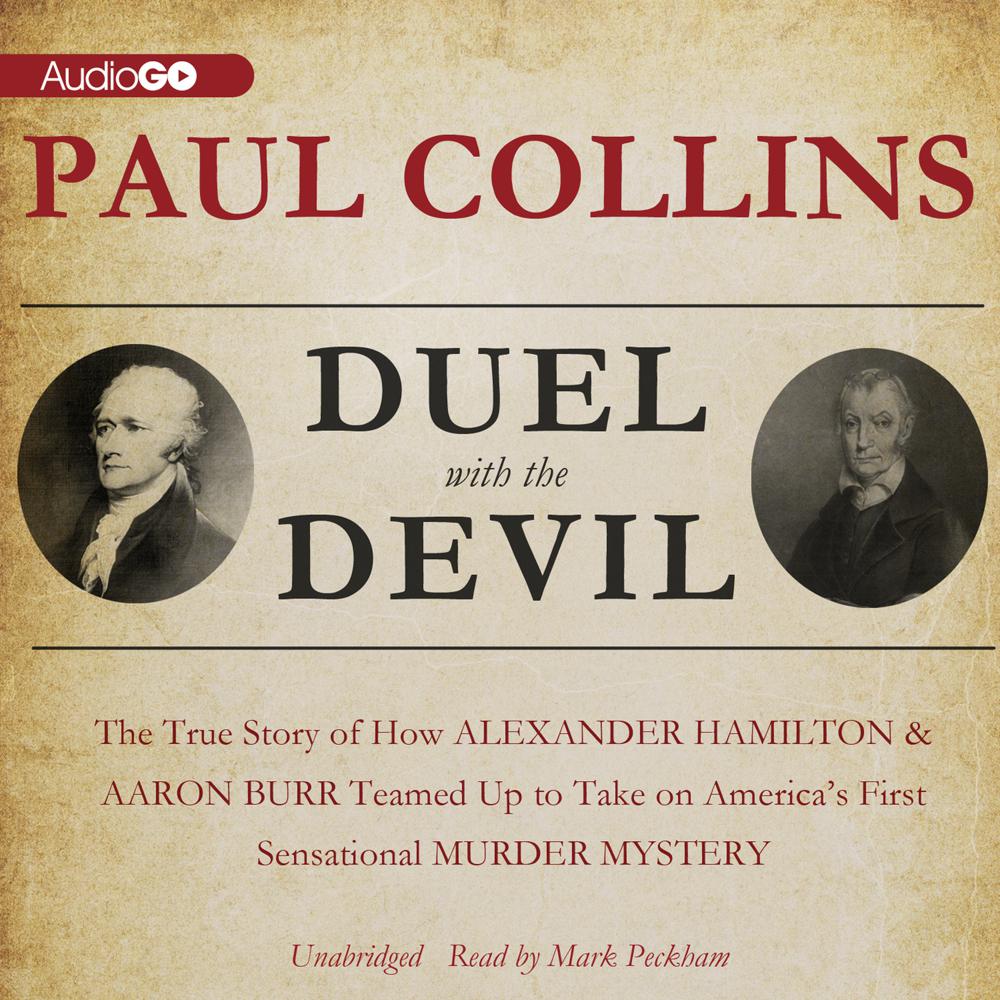 In the closing days of 1799, the United States was still a young republic, its uncertain future contested by the two major political parties of the day: the well-moneyed Federalists, led by Alexander Hamilton, and the populist Republicans, led by Aaron Burr. The two finest lawyers in New York, Burr and Hamilton were bitter rivals both in and out of the courtroom, and as the next election approached—with Manhattan likely to be the swing district on which the presidency would hinge—their animosity reached a fever pitch. Until, that is, a beautiful young woman was found floating in Burr's newly constructed Manhattan Well. The accused killer, Levi Weeks, was the brother of an influential architect with ties to both men, and the crime quickly became the most sensational murder in the history of the young nation. With the entire city crying for Levi's head, the young man was in danger of being hastily condemned without a proper hearing. And so America's two greatest attorneys did the unthinkable—they teamed up.

“Duel with the Devil begins as a wonderfully creepy historical murder mystery and becomes a riveting story of two acclaimed lawyers battling for justice in an unsympathetic courtroom. But, in the talented hands of author Paul Collins, it also becomes something more—a startlingly insightful look at early American history and the men who helped shape a young country. The book delivers on so many levels that you’ll find yourself, as I did, reading it more than once.”

“A nimble and vividly evocative reconstruction of a long-forgotten New York murder mystery with an unforgettable cast of characters. Duel with the Devil is a fascinating book that unfolds like an early American episode of Law & Order, with Alexander Hamilton and Aaron Burr as the celebrity guest stars.”

“Lively, immediate, and dishy in the style of a top-notch tabloid columnist…fizzes with the energy and irreverence of an infant republic…Collins provides a saucy breakdown of the twisty and interlocking interests behind Weeks’ case. This is New York politics in all its gritty glory.”

“Collins not only skillfully squeezes the maximum juice out of the combined history and mystery of his story, but may even have solved the crime.”

“Using the court transcript as a primary source, Collins makes the most of the inherent drama of the case and goes one step further to unearth convincing proof of the identity of the real killer.”

“The author’s New York is a fascinating place [and] once the trial begins, the narrative truly takes off, as Collins reveals the immense talents of the three attorneys…A rousing tale of the longest murder trial to that date in Manhattan…The author’s conjecture as to the true villain is spot-on.”