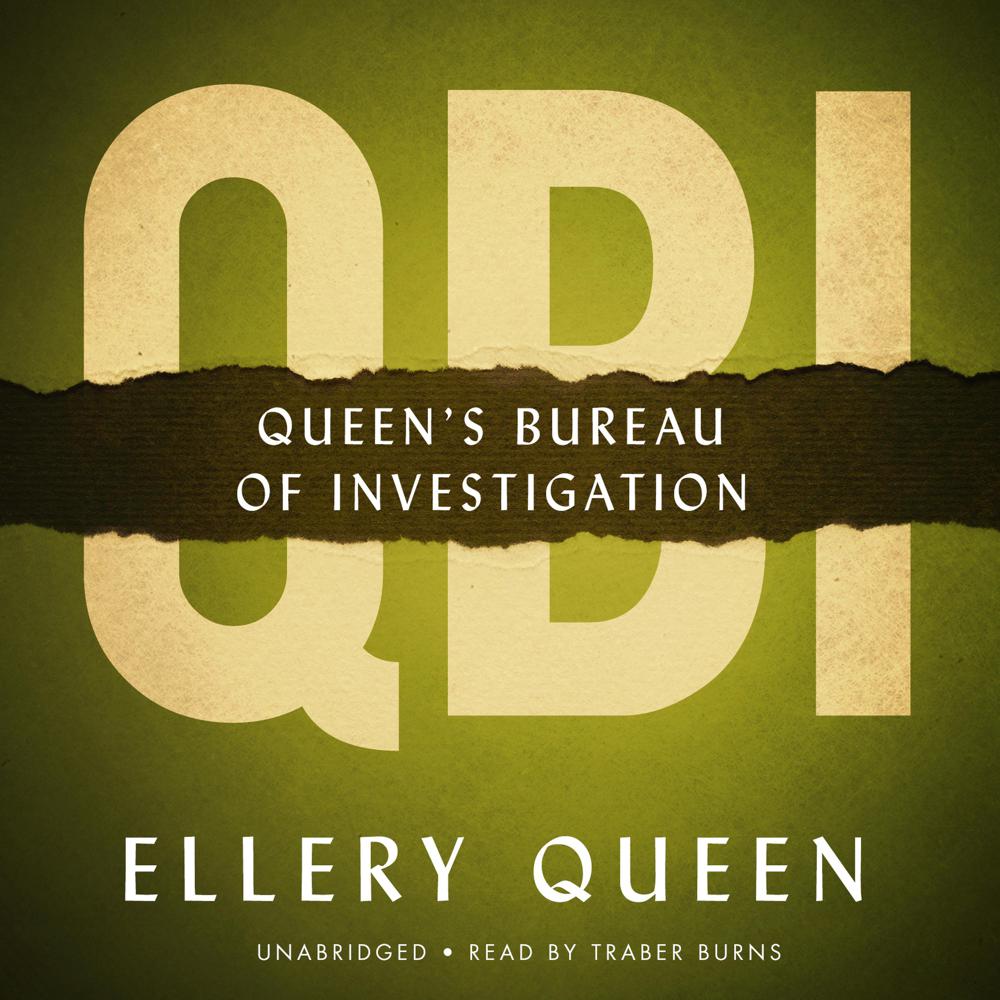 Queen's Bureau of Investigation is now open for business—and in each department of this new enterprise Ellery finds ample opportunity to exercise the brilliant, ingenious, and at times startling talents of his crime-lab mind. For to the bureau come some of the most plaguey cases in Queen's career.

In "The Three Widows," two of Theodore Hood's wealthy, widow daughters, as well as his own widow, are caught in a murder that Ellery reluctantly relegated to the Impossible Crime Department.

In "The Myna Birds," old Mrs. Andrus' bequest of a million dollars to thirty-eight observant and talkative birds sets off a chain of violent events leading straight to the Embezzlement Department—and the only bird-detective on record!

"A Question of Honor" is a matter of considerable international delicacy, involving indiscreet letters, a Shakespearean scholar from Scotland Yard, and a crime at once assigned to the Suicide Department.

Numerous other criminals, crimes, follies, and felonies find their way to the bailiwicks of the QBI as well. From the files of the Buried Treasure Department comes "Miser's Gold"; from the Narcotics Department, "The Black Ledger"; from the Kidnapping Department, "Child Missing!"; and many others. In each case, Ellery Queen demonstrates the powers that make him unique among detectives.