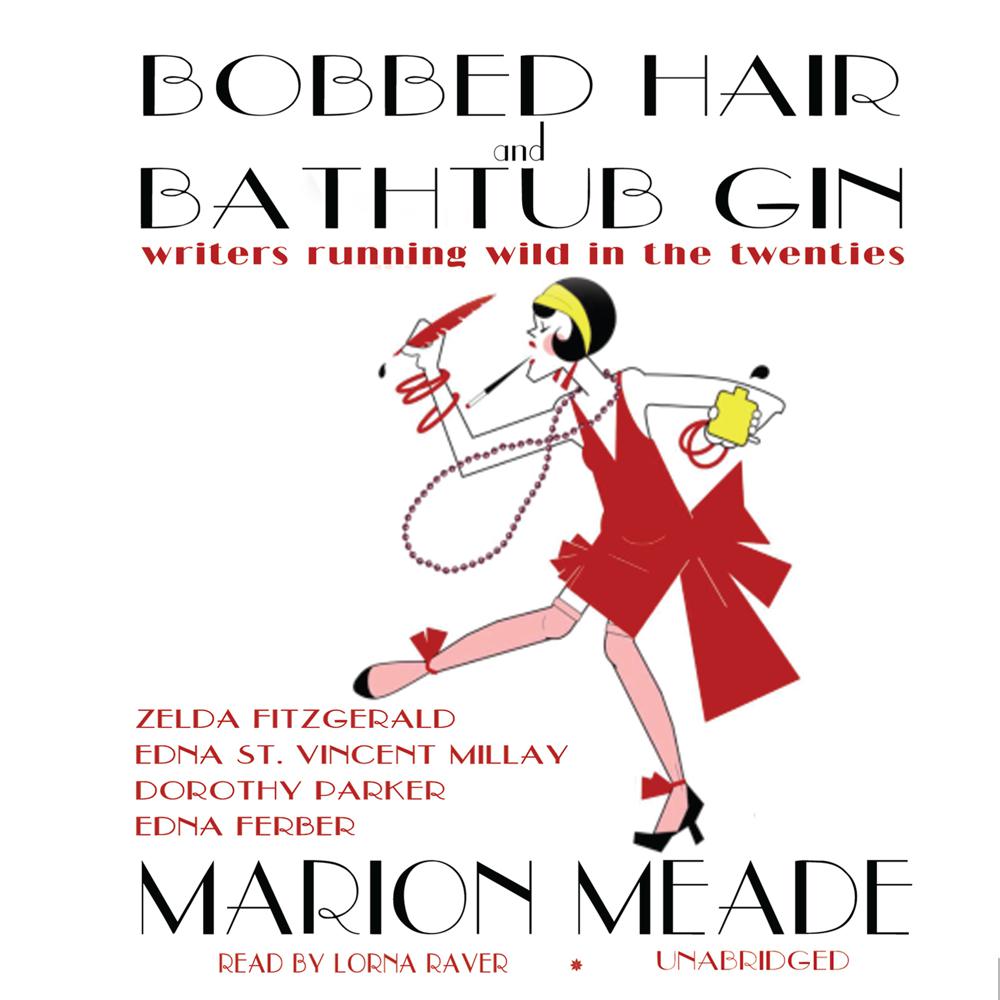 Marion Meade re-creates the aura of excitement, romance, and promise of the 1920s, when these literary heroines did what they wanted, said what they thought, and kicked open the door for twentieth-century women, setting a new model for every woman trying to juggle the serious issues of economic independence, political power, and sexual freedom. But Meade also brings to light the anxiety and despair that lurked beneath the nonstop partying and outrageous behavior. She describes the men who influenced them, loved them, and sometimes betrayed them. And while she describes their social and literary triumphs, she also writes movingly of the penances they paid.A vibrant mixture of literary scholarship, social history, and scandal, Bobbed Hair and Bathtub Gin is a rich evocation of an era that will forever intrigue and captivate us.

“An extraordinarily intriguing production, beautifully read by Lorna Raver…Raver’s sensitivity and insight into four very different artistic women broadens our knowledge and understanding of them.”

“This book is gossip taken to the highest, cosmic level, a social movement explained in terms of trivial detail that makes everything ‘real.’”

“Reading Meade’s book is like looking at a photo album while listening to a witty insider reminisce about the images. Her writing is bright, her language charged with gritty details…Instead of portraying them as austere literary figures, Meade makes the women seem like part of the family.”