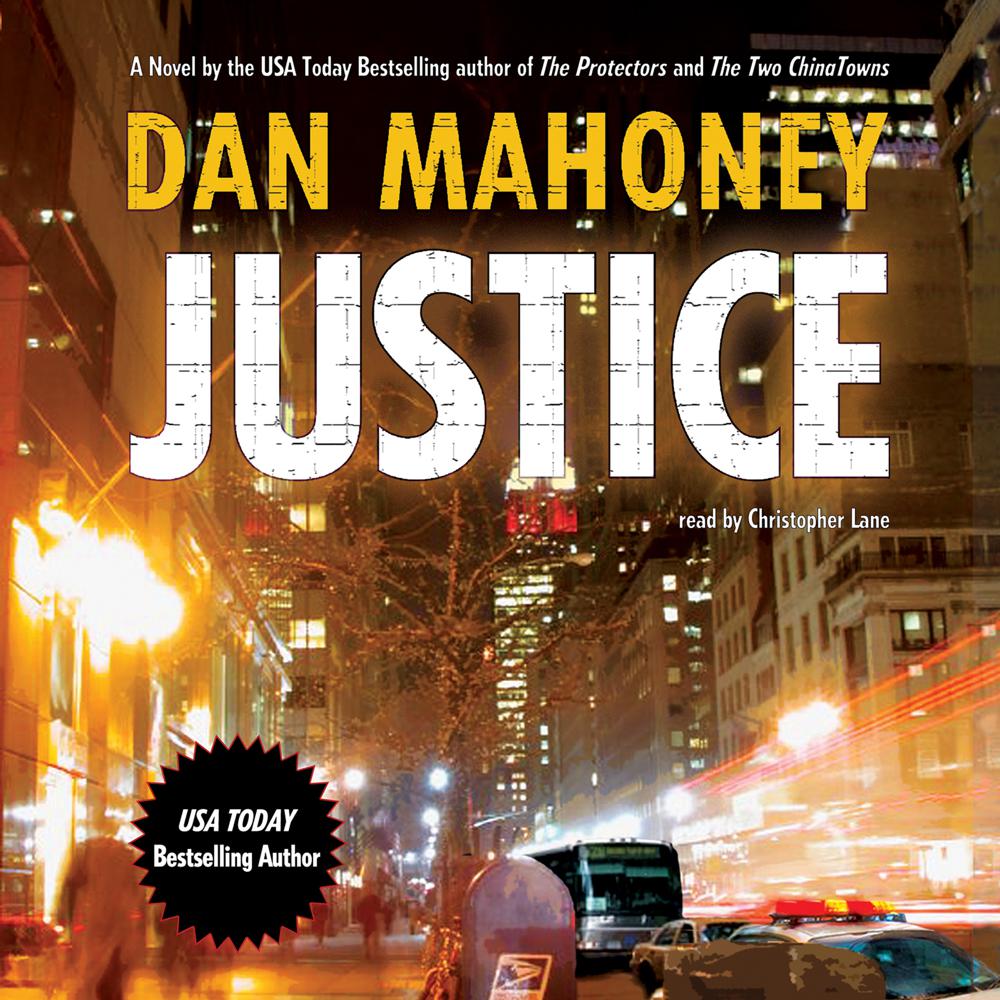 A murderous Robin Hood stalks New York City in a powerhouse new thriller by the bestselling author of Black and White.

Detective First Grade Brian McKenna and his partner Cisco Sanchez are chasing a killer that all of New York City is rooting for, a vigilante of supreme technical skill, physical power, and intelligence who signs himself “Justice.” Justice is executing drug dealers, helping the police close unsolved cases, and providing those in need with stolen drug money—creating a nightmare for the police commissioner, the mayor, and the two detectives. McKenna and Sanchez must work to outsmart the killer, discover his next victim, and find out who is helping Justice in his quest for revenge.

“Mahoney is a genius at transforming the details of the workaday police grind into a spellbinding thriller, and he is in top form here…When the vigilante’s identity is finally unveiled, a fast-moving series of shootouts and heart-wrenching decisions make for a spectacular climax.”

“Christopher Lane’s well-paced reading [is] particularly effective in his depiction of know-it-all Detective Cisco Sanchez and his partner, Brian McKenzie. Sanchez comes across as smart and smug, yet surprisingly amiable, while McKenzie’s irritation with his partner emerges equally clearly.”

“Mahoney’s strength is his vision of the NYPD and the city surrounding it as a maze of delicate, intimately personal relationships that are variously sordid, silly, craven, and sometimes so righteous you want to stand up and cheer.”

“[Mahoney’s] intimate knowledge of the drug trade—including its mind-boggling financial structure—and his hands-on grasp of investigative technique mesh well in the eighth installment of this exciting series, which is propelled by two of the most engaging detectives this side of the 87th Precinct.”