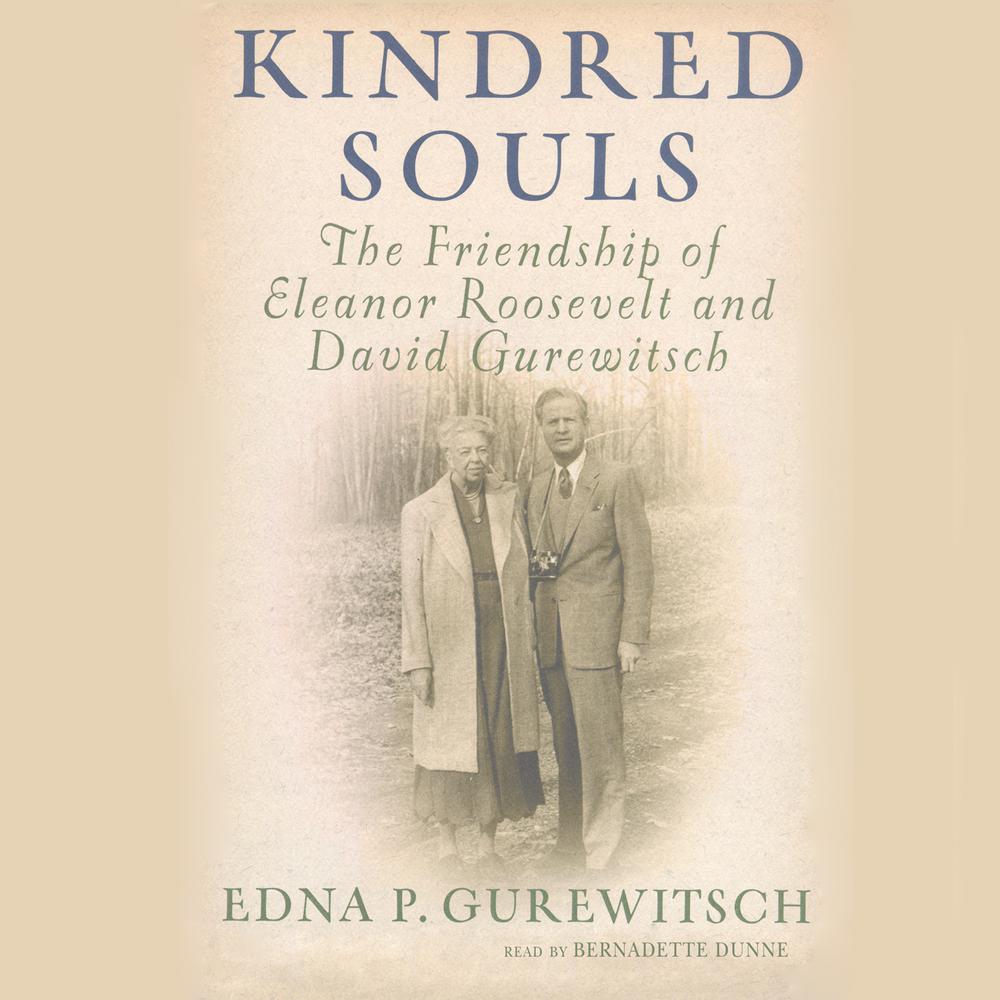 For fifteen years, Eleanor Roosevelt and her handsome doctor, David Gurewitsch, were friends—traveling, entertaining, and eventually buying a townhouse together in Manhattan. Their friendship has always intrigued historians, but not much was known about it. David kept detailed journals and took thousands of photos, but he never publicly discussed their time together.

Then, in 2003, the woman who had married into this complicated relationship, Edna Gurewitsch, opened up, revealing their story—and hers—for the first time. Filled with the author’s own memories and observations and a selection of passionate letters from Mrs. Roosevelt, her book also gives a fresh insider’s look at the influence the former first lady continued to wield on world events long after the death of her husband. Kindred Souls is a unique, intimate look at three friends and their extraordinary lives.

“Edna Gurewitsch’s sensitive and poignant Kindred Souls, with its perceptive portrait of Eleanor Roosevelt, is an indispensable contribution to the Roosevelt literature.”

“Kindred Souls is a wonderful love story that opens to the public view a fascinating chapter in Eleanor Roosevelt’s life. Edna Gurewitsch has recreated Eleanor’s last years with such remarkable empathy and such deep intuition that it seems as if Eleanor is alive once more.”

“Bernadette Dunne reads this fascinating biography with an even pace and little characterization. Most extraordinary is the realization of how much more Mrs. Roosevelt accomplished after the death of FDR.”

“Bernadette Dunne expertly reads the reminiscence…She is wise not to attempt to ‘do’ an Eleanor Roosevelt impression but merely modulates her pliable instrument to differentiate between letters and narrative. The effect is subtle; as Mrs. Roosevelt’s health begins to erode, Dunne’s characterization reflects her fading. Very clever.”