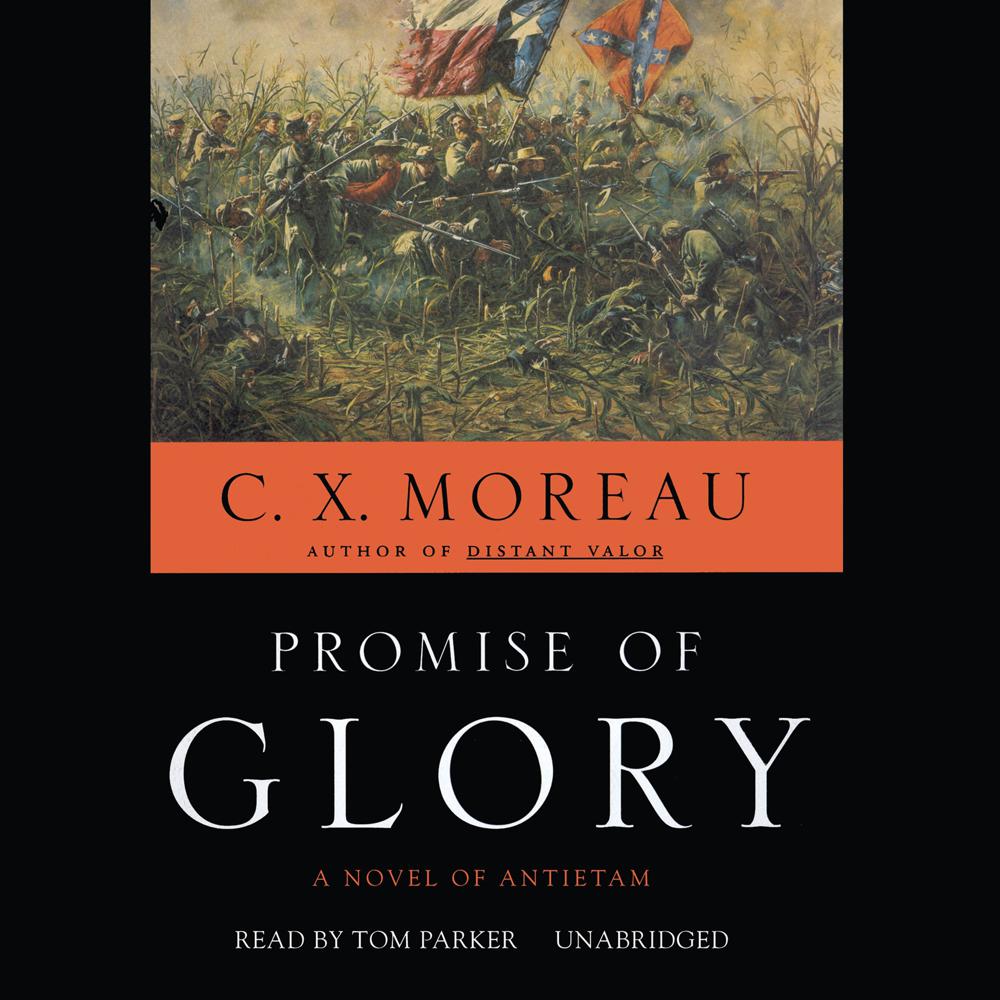 This is the story of the battle of Antietam and the events leading up to the single bloodiest day in the entire Civil War, in which Union casualties topped 12,000 and Confederate casualties topped 11,000. It is also the story of such memorable figures of military history as Lee and McClellan, Burnside, Longstreet, Hooker, and Jackson, who took part in it.

C. X. Moreau has faithfully brought to life the drama and the tragedy of Antietam and the common history of the officers and soldiers of both armies who so valiantly served their cause.

“To the already sizable shelf of Antietam books, Moreau has added a verbal movie. Its celebrity cast performs with dash and distinction.”

“A must for Civil War buffs!”

“Moreau’s research is impeccable and smoothly incorporated, and his descriptions of battle scenes are vivid.”

“Tom Parker splendidly performs this fictional account of the battle of Antietam…All the characters are consistently rendered with great skill…Listening to a work such as this puts one into the confusion, excitement, and horror of combat.”

“A passionate retelling of a legendary battle.”

“Parker deserves enormous credit for bringing this story to life. His fully voiced presentation gives each character his own voice and personality. These men knew that, in reality, there is no glory in war.”