To the Last Man
Zane Grey 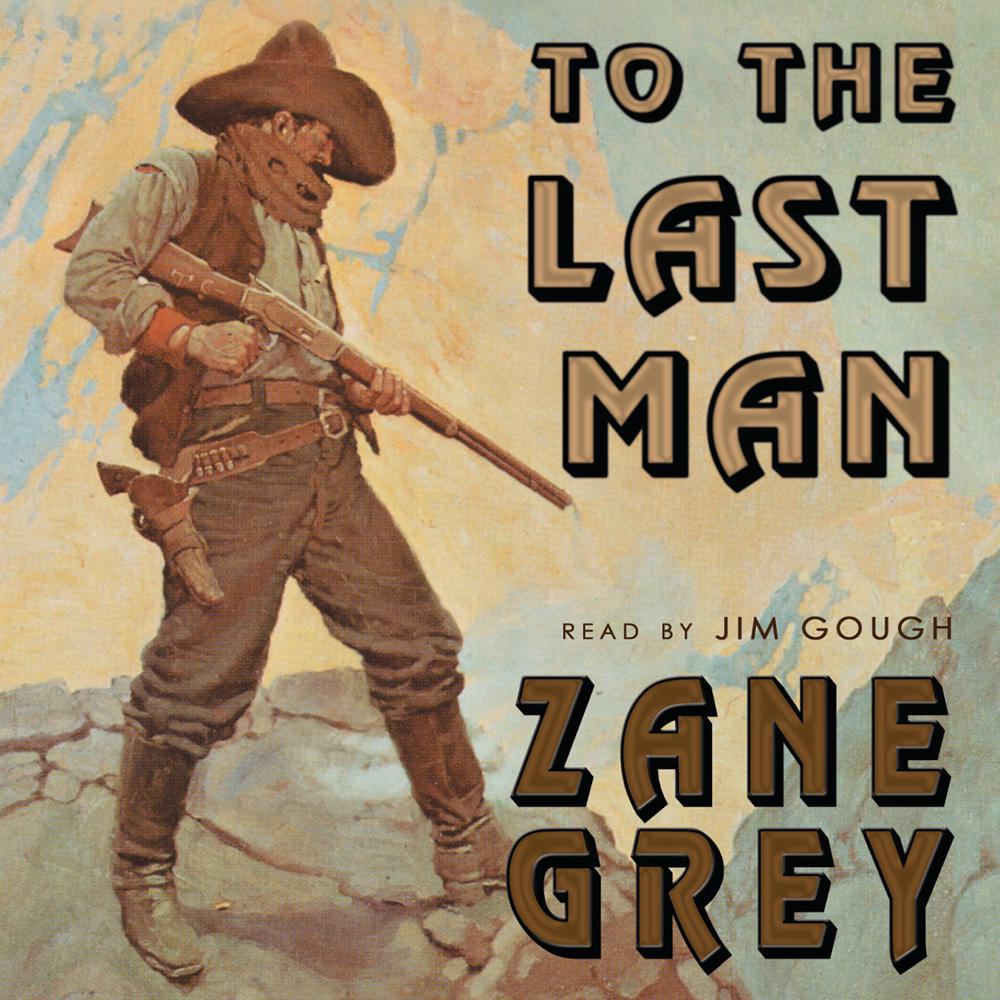 To the Last Man is Zane Grey's archetypal tale of a bitter feud between two unforgiving factions: the ranchers led by Jean Isbel and, on the other side, Lee Jorth and his band of cattle rustlers. In the grip of a relentless code of loyalty to their own people, they fight the war of the Tonto Basin, desperately, doggedly, to the last man, neither side seeing the futility of it until it is too late.

In this volatile environment, young Jean finds himself hopelessly in love with a girl from whom he is apparently separated by an impassable barrier—the daughter of his father's enemy. How Jean battles to overcome his difficult situation makes for a dramatic conclusion to this desperate feud.

Loosely based on actual historical events, this thrilling story of a hopeless romance amidst a sea of violence will keep listeners spellbound.

“Gough’s impeccably crusty voice easily transports listeners to the Tonto Basin, where a fierce range war is waged between ranchers and cattle rustlers in To the Last Man.”

“Set during the little-known Grass Valley Arizona range war, the story offers many characters...Grey maintains suspense to the last line.”

“This is a rousing, old-fashioned tale loosely based on the true story of a little-known chapter of Western history...What begins as the age-old rivalry between cattlemen and sheepherders erupts into a violent war between cattlemen and rustlers masquerading as sheep men, and the two lovers are caught in the middle...Jim Gough’s masterful narration of this exciting story will hold listeners spellbound. Since good Westerns are rather scarce on the ground these days, Blackstone Audio is performing a special service by making this old classic available to a new generation. Highly recommended.”