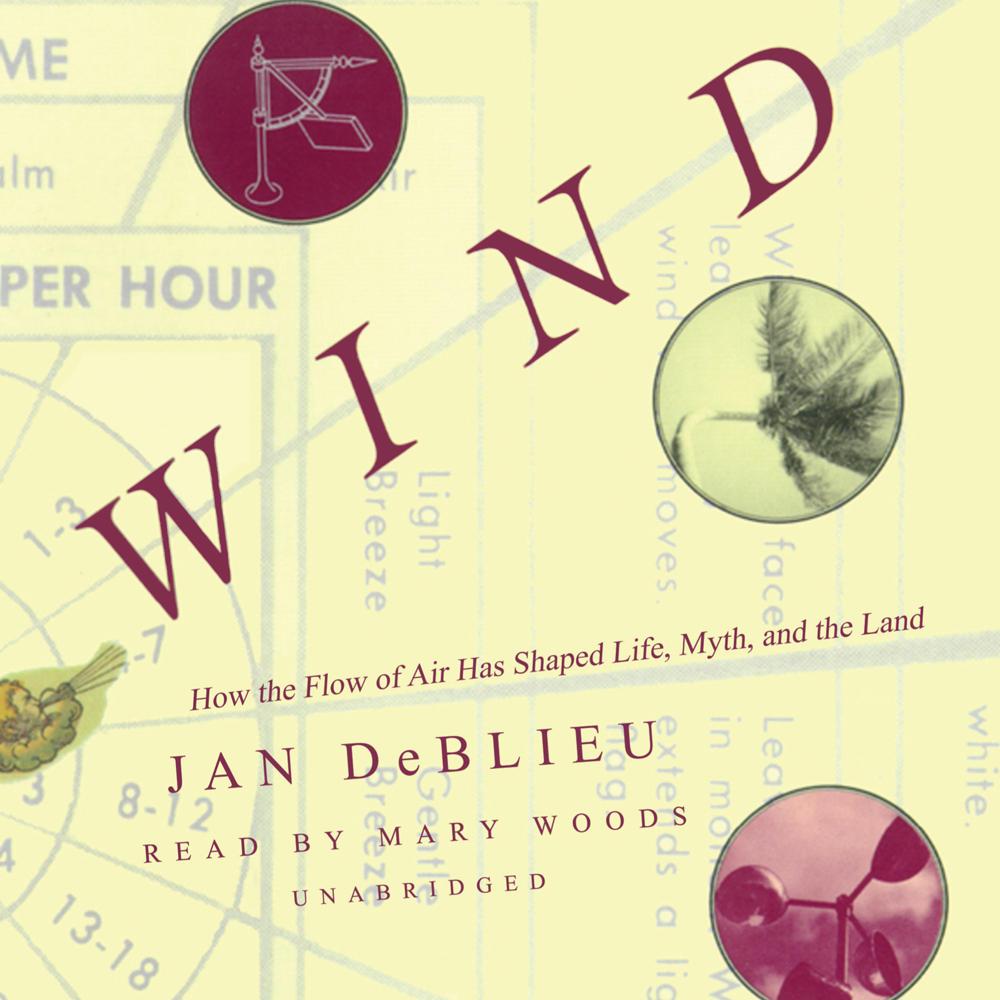 Siroccos, Santa Anas, chinooks, monsoons … the wind has as many names as moods. Few other forces have so universally shaped the lands and waters of the earth and the patterns of exploration, settlement, and civilization. Few other phenomena have exerted such a profound influence on the history and psyche of humankind. In Wind, Jan DeBlieu brings a poet’s voice and a scientist’s eye to this remarkable natural force, showing how the bumping of a few molecules can lead to the creation of religions, the discovery of continents, and the destruction of empires. She talks to survivors of a deadly tornado in Iowa, tries hang gliding over North Carolina’s Outer Banks, climbs sand dunes in Oregon and slickrock formations in Utah—everywhere exploring the effects, subtle and brutal, comforting and terrifying, of the wind.

“DeBlieu…has a poetic touch that adds a special grace to her prose when she turns to a subject in nature.”

“Watching the wind ruffle the water, turn tree branches into whips, or capsize a sailboat, she uses her powers of observation and lyrical writing to beautifully communicate what she sees…DeBlieu traces the ways wind shapes our reality, the earth’s land and water, plants and animals, exploring everything in dramatic, immediate, and lucid prose…Read Wind and you’ll never again take an exhilarating kite-flying day for granted.”

“[Woods’] melodic voice seems to smile while describing the influences of wind on life forms, geography, and our planet’s environment. The narrator’s cheerfully pedantic delivery suits a book in which science is mixed with the author’s own life experiences.”

“This is nature writing at its most expansive and rewarding.”

“The wind will never be the same for [listeners] after finishing this book, its presence now heightened and explicated. DeBlieu has achieved the Big Two: enlightenment and high entertainment.”

“One of the best nonfiction books I can remember.”