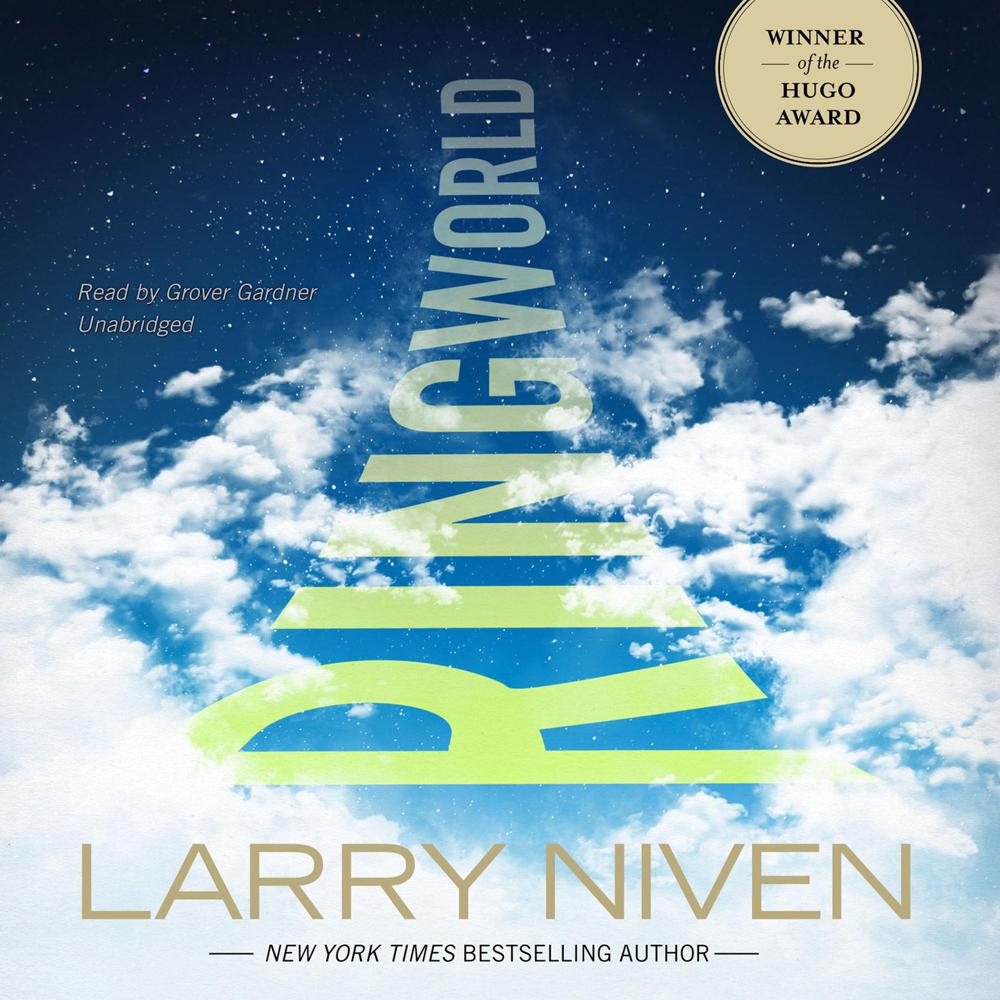 The artifact is a vast circular ribbon of matter, some 180 million miles across, with a sun at its center. Pierson’s puppeteers—strange, three-legged, two-headed aliens—discovered this “Ringworld” in a hitherto unexplored part of the galaxy. Curious about the immense structure, but frightened by the prospect of meeting the builders, they set about assembling a team to explore it:

Louis Wu, human—old and bored with having lived too fully for too many years, seeking an adventure, and all too capable of handling it.

Nessus, puppeteer—a trembling coward from a species with an inbuilt survival pattern of nonviolence. This particular puppeteer, however, is insane.

Speaker-to-Animals, kzin—large, orange-furred, and carnivorous. The kzin are one of the most savage life-forms known.

The party’s expedition, however, goes disastrously wrong when their ship crash-lands and its motley crew faces a daunting trek across thousands of miles of Ringworld territory.

“Larry Niven’s 1970 Hugo Award winner, Ringworld, is arguably one of the most influential science fiction novels of the past fifty years…It’s clear that Ringworld hasn’t just become a cultural staple because it’s a good idea: its inspirational power comes from Niven’s success in bringing it to life. The sense of scale and wonder is joyful. I challenge you to read it without feeling awestruck.”

“[Grover Gardner] captures the personalities of the travelers through individual vocalization and provides smooth, expressive narration. The listener is soon caught up in the adventures of these vivid characters as they struggle to survive…A rousing adventure.”

“Niven’s style is such that you can be awed, then titillated, then amused all on the same page…After more than thirty years, the story remains interesting, and the ideas fascinating. I highly recommend this audiobook, whether you’ve experienced Ringworld already or not. I enjoyed every minute.”

“[Gardner] skillfully uses inflection and timing to heighten drama or highlight humorous details as appropriate. Parker deftly brings to life Louis Wu and other members of the ‘motley crew’…This is SF—and narration—at its best.”