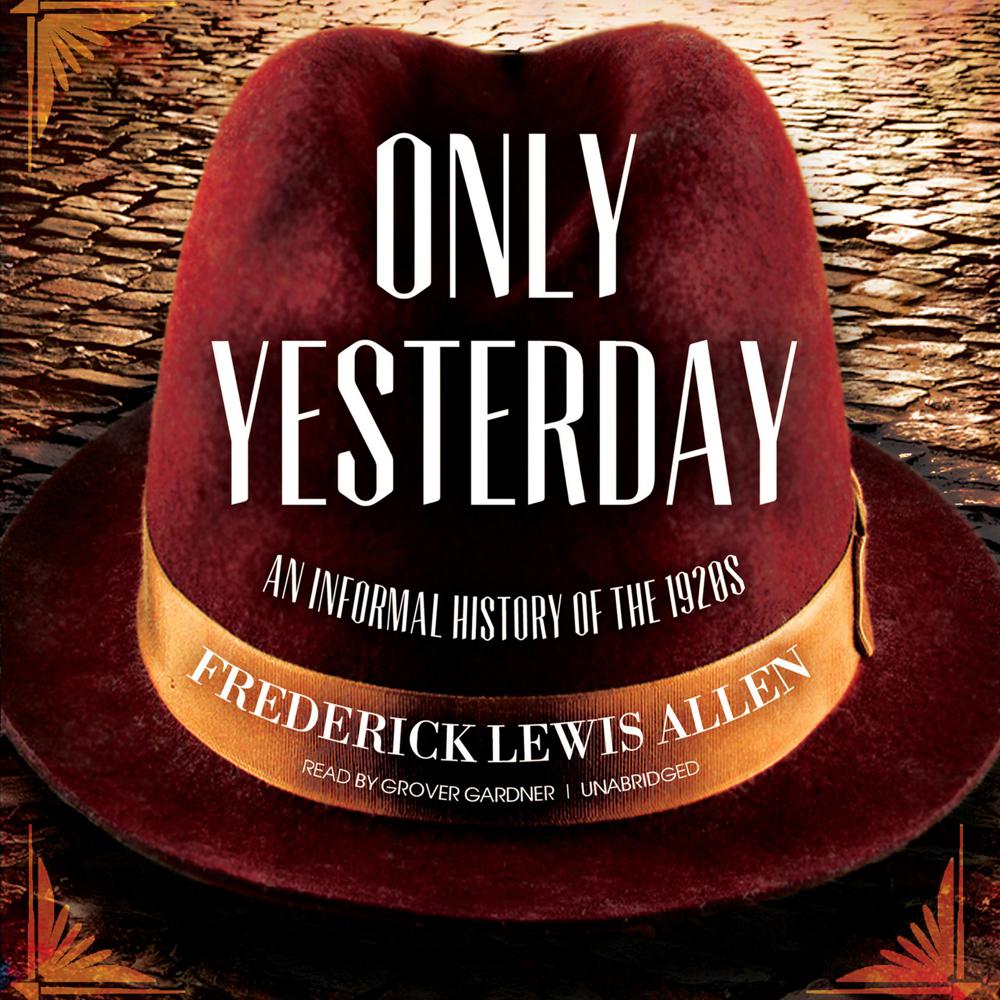 Prohibition. Al Capone. The President Harding scandals. The revolution of manners and morals. Black Tuesday. These are only an inkling of the events and figures characterizing the wild, tumultuous era that was the Roaring Twenties. Originally published in 1931, Only Yesterday traces the rise of post–World War I prosperity up to the Wall Street crash of 1929 against a colorful backdrop of jazz, flappers, speakeasies, the first radio, and the scandalous rise of skirt hemlines. In this span between armistice and depression, Americans were kicking up their heels, but they were also bringing about major changes in the social and political structure of their country.

Hailed as an instant classic, this is Frederick Lewis Allen's vivid and definitive account of one of the twentieth century's most fascinating decades, chronicling a time of both joy and terror—when dizzying highs were quickly succeeded by heartbreaking lows. It is a fond, witty, penetrating biography of this restless decade—a delightful reminiscence for those who can remember and a fascinating firsthand look for those who have only heard.

History of the Americas, History, General and world history

“A perfectly grand piece of historical record and synthetic journalism.”

“A style that is verve itself…Besides telling the story of the bull market in fine perspective, Mr. Allen presents the first coherent account that we have seen of the oil scandals that will eventually make the Harding regime match that of President Grant’s and the Crédit Mobilier story in the history books of the future.”

“Allen had…the skill to synthesize an immense amount of discrete material, to interpret it with intelligence and without sentimentality, and to write about it with grace, fluidity and wit.”

“Grover Gardner’s reading, with its slightly ironic tone, is effective as he describes the post World War I decade…The quality of the sound is excellent, and the reading is well paced and clear.”