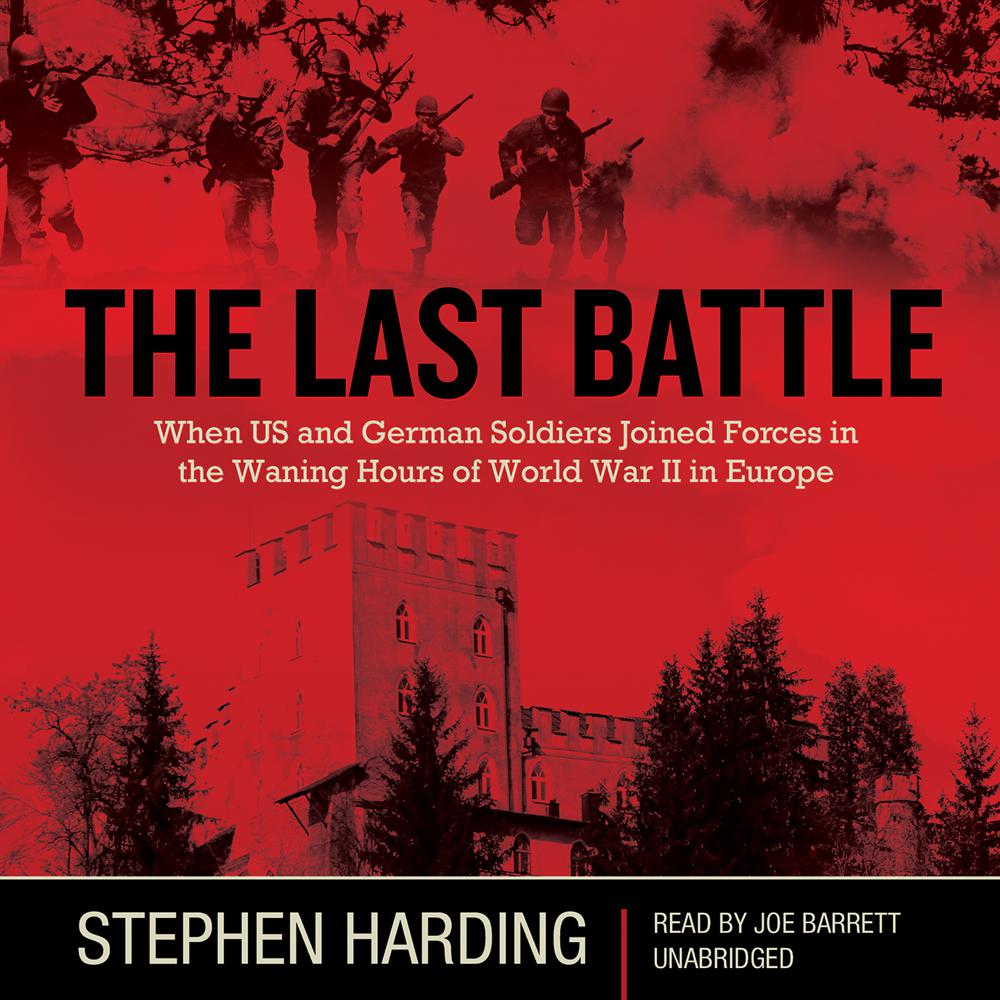 May 1945. Hitler is dead, and the Third Reich is little more than smoking rubble. No GI wants to be the last man killed in action against the Nazis. But for cigar-chewing, rough-talking, hard-drinking, hard-charging Captain Jack Lee and his men, there is one more mission: rescue fourteen prominent French prisoners held in an SS-guarded castle high in the Austrian Alps. It's a dangerous mission, but Lee has help from a decorated German Wehrmacht officer and his men, who voluntarily join the fight.

Based on personal memoirs, author interviews, and official American, German, and French histories, The Last Battle is the nearly unbelievable story of the most improbable battle of World War II—a tale of unlikely allies, bravery, cowardice, and desperate combat between implacable enemies.

“A tale as compelling as it is unlikely. The Last Battle demonstrates that truth can indeed be stranger than fiction, particularly in war. Well-researched and well-told.”

“Stephen Harding has a laser-beam instinct for the detail that tells the story, he’s a fine writer, and, most important, knows a good story when he sees one. All the above is true of The Last Battle, one of the more remarkable battles in a truly vast war, now very nicely illuminated.”

“A little-known but fascinating story brought brilliantly to life.”

“At the heart of The Last Battle is a largely unknown story that (a) seems implausible, (b) would make a great movie, and (c) reminds us that almost seventy years after the end of World War II there are countless tales still to be told…Harding’s skills as a researcher and dedicated historian are apparent…A moment-by-moment real-time report of the events from the viewpoints of the Americans and prisoners…Page-turning…Harding has brought the implausible story to life.”

“The most extraordinary things about Stephen Harding’s The Last Battle, a truly incredible tale of World War II, are that it hasn’t been told before in English, and that it hasn’t already been made into a blockbuster Hollywood movie…Steven Spielberg, how did you miss this story?…Harding is a respected military affairs expert…and his writing style carries immediacy as well as authority…Everything that Harding reports in this exciting but also historically accurate narrative is backed up with meticulous scholarship. This book proves that history can be new and nail-bitingly exciting all at once…While the book concentrates on the fight for Castle Itter, it also sets that battle in the wider strategic contexts…This book is thus a fascinating microcosm of a nation and society in collapse…Part Where Eagles Dare, part Guns of Navarone, this story is as exciting as it is far-fetched, but unlike in those iconic war movies, every word of The Last Battle is true.”

“I love untold stories from World War II, and this is a great one. Brilliantly told, meticulously researched, and filled with larger-than-life heroes and villains. The Last Battle is such a compelling read, I couldn’t put it down.”

“The Last Battle combines good history and good storytelling. Harding writes with the skill and grace of a novelist but also the authority of a historian who has done some rather remarkable research into a previously lost chapter from World War II’s final days. I had trouble putting this book down, and I think you will, too.”

“The Nazis capture two former prime ministers of France (who detest each other) and lock them in a medieval castle in Austria. A handful of intrepid American soldiers sets out to rescue them. And then…well, you’ll have to read The Last Battle to find out what happened. It’s going to make a fantastic action movie. Arnold Schwarzenegger, call your agent!”