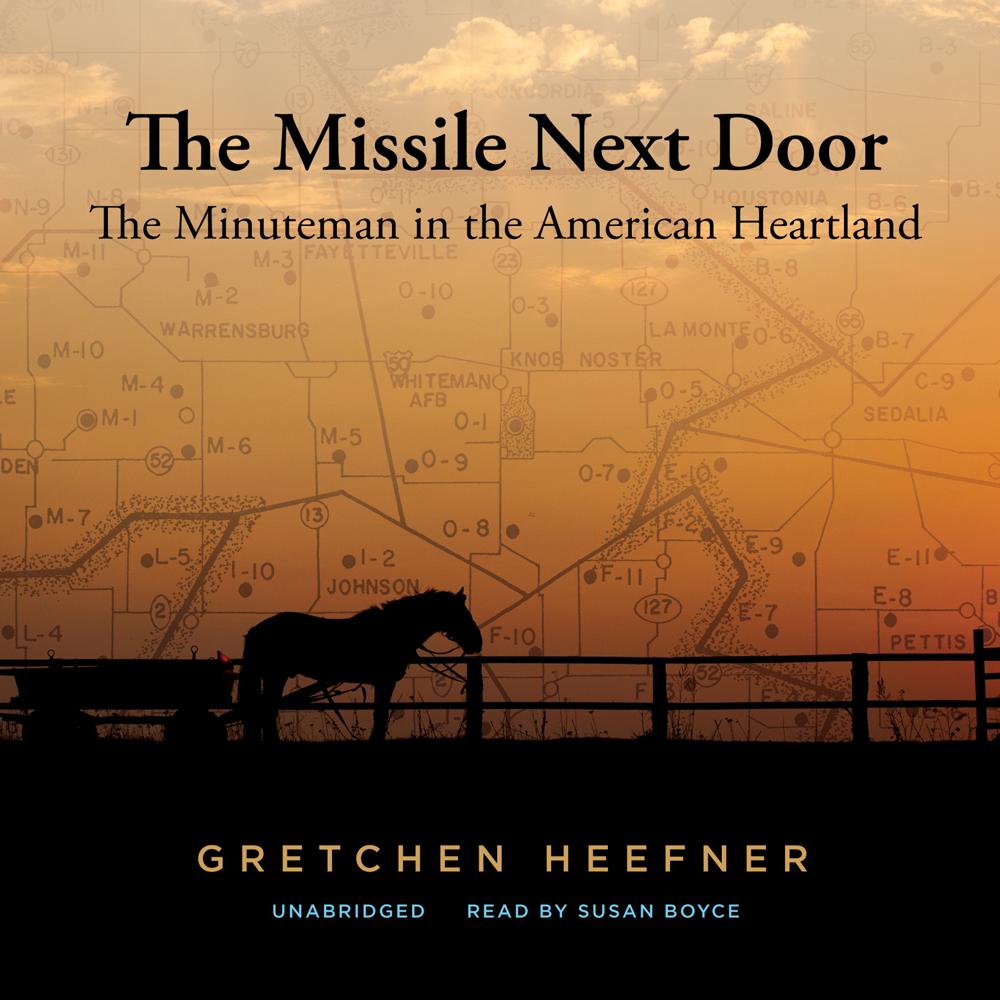 Between 1961 and 1967 the United States Air Force buried one thousand Minuteman intercontinental ballistic missiles in pastures across the Great Plains. The Missile Next Door tells the story of how rural Americans of all political stripes were drafted to fight the Cold War by living with nuclear missiles in their backyards—and what that story tells us about enduring political divides and the persistence of defense spending.

By scattering the missiles in out-of-the-way places, the Defense Department kept the chilling calculus of Cold War nuclear strategy out of view. This subterfuge was necessary, Gretchen Heefner argues, in order for Americans to accept a costly nuclear buildup and the resulting threat of Armageddon. As for the ranchers, farmers, and other civilians in the Plains states who were first seduced by the economics of war and then forced to live in the Soviet crosshairs, their sense of citizenship was forever changed. Some were stirred to dissent. Others consented but found their proud Plains individualism giving way to a growing dependence on the military-industrial complex. Even today, some communities express reluctance to let the Minutemen go, though the Air Force no longer wants them buried in the heartland.

Complicating a red state / blue state reading of American politics, Heefner's account helps to explain the deep distrust of government found in many western regions and also an addiction to defense spending which, for many local economies, seems inescapable.

“Impressive…Heefner’s deftly constructed and accessible narrative of this troubling period illustrates how war became a way of life in the mid-twentieth century.”

“This short book uses a wide range of sources to great effect. American history buffs, especially of the impact of national programs on ordinary lives, and those concerned with the military-industrial complex, will enjoy.”

“Heefner expertly examines the players in this ghastly game…Heefner’s dispassionate and engrossing prose manages to raise both reasonable and troubling questions. An important look at a militarized America and the costs of this transformation.”

“Heefner makes a significant contribution to the growing genre of new military history, adeptly describing how the Defense Department made the strategic and political decision to scatter Minuteman missile silos across the Plains and the upper West…Her wonderfully written and well-researched work draws from across the historical spectrum; cultural, social, military, and environmental historians, in particular, will find value in her effort.”

“No other work tells the story of the Minuteman as effectively or as eloquently as The Missile Next Door. Heefner consciously and impressively speaks to two distinct and rarely intertwined literatures: Cold War military strategy and technology and the environmental history of the American West. She admirably demonstrates that the missile’s development and deployment offer a unique lens through which to view the broader themes of the Cold War.”

“A haunting and intensely personal story about Cold War America’s decision to place ICBMs in the Great Plains. Heefner introduces us to the individuals, families, and communities who lived with the cataclysmic potential of nuclear deterrence, and she untangles the complicated relationships they forged with the federal government and the missiles buried in their backyards. Offering compelling prose and analysis, The Missile Next Door is destined to become a classic in Western and Cold War home-front history.”

“The Missile Next Door is one of the most important books to be written about the history of rural America after World War II. Heefner reveals how the stories of rural residents of the Great Plains can be integral to the history of the nation but remain ignored in its retelling. We can now see that rural people in American West were on the front line of the Cold War.”

“In this fascinating account, Heefner vigorously argues for the central place of military defense in postwar American life. And she takes us into the very American heartland to tell her story. There, under the Great Plains, a thousand Minuteman missiles stood quietly at attention in their silos. The Missile Next Door reveals how they got there, what they were designed to do, and how they forever changed the nation. This book truly brings the Cold War home.”