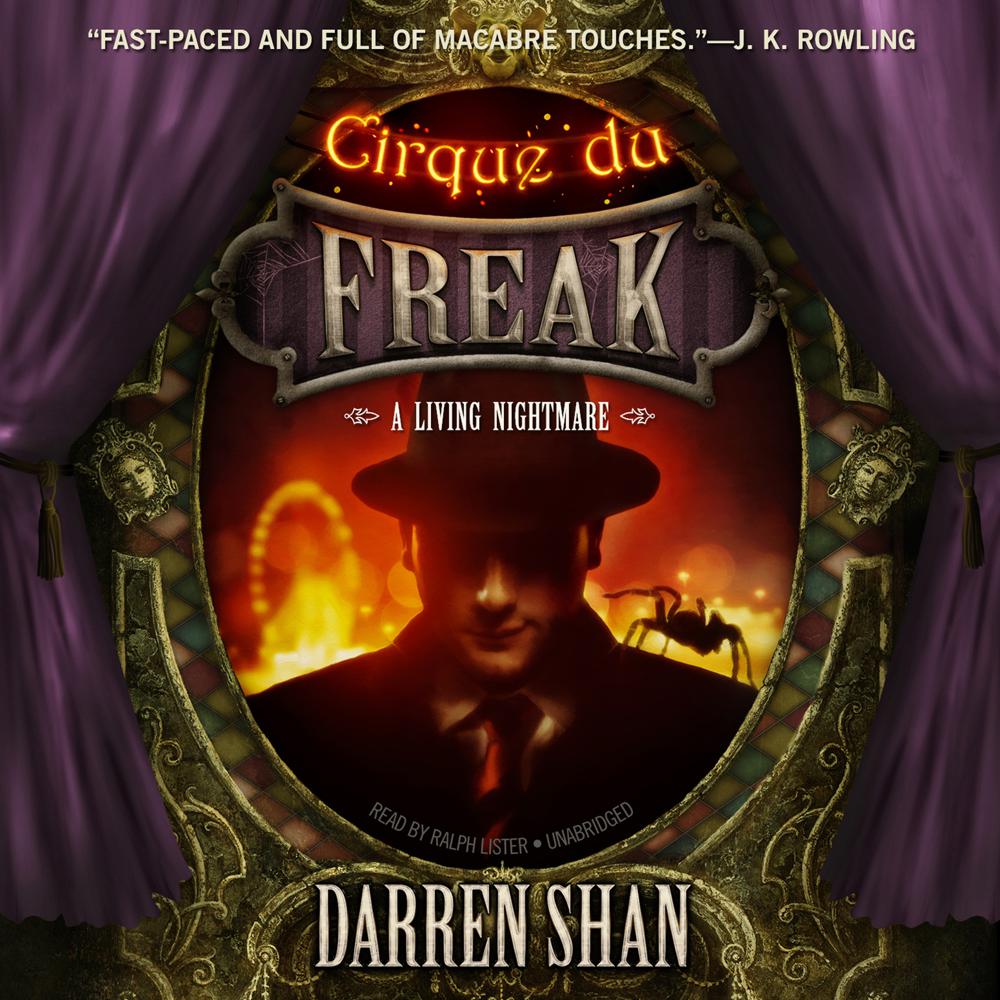 In the tradition of Ray Bradbury's Something Wicked This Way Comes, and Stephen King's Salem's Lot, New York Times bestseller Cirque du Freak is the first title in the popular Saga of Darren Shan.

Darren Shan and his best friend, Steve, get tickets to the Cirque du Freak, a wonderfully gothic freak show featuring weird, frightening half human / half animals who interact terrifyingly with the audience. In the midst of the excitement, true terror raises its head when Steve recognizes that one of the performers—Mr. Crepsley—is a vampire!

Steve confronts the vampire after the show finishes—but his motives are surprising! In the shadows of a crumbling theater, a horrified Darren eavesdrops on his friend and the vampire, and is witness to a monstrous, disturbing plea. As if by destiny, Darren is pulled to Mr. Crepsley, and what follows is his horrifying descent into the dark and bloody world of vampires.

This is Darren's story.

“Fast-paced and full of macabre touches.”

“Every YA (who reads) was dying to read it yesterday.”

“The author’s choice of using a ‘mock-umentary’ style is a brilliant one…Readers will be howling for the sequel.”

“A supernatural world populated by a really cool cast of characters.”

“The scenario is compelling, and the author mines the exploitative history of early twentieth century sideshows to create an artfully macabre cirque du freak.”

“The gripping plot moves forward at a lightning pace, and Darren’s fascination with the grotesque will ring true for many. Though originally published in England, there are no off-putting Briticisms, just a rip-roaring story full of oddities, low-key horror, and occasional, unexpected poignancy.”