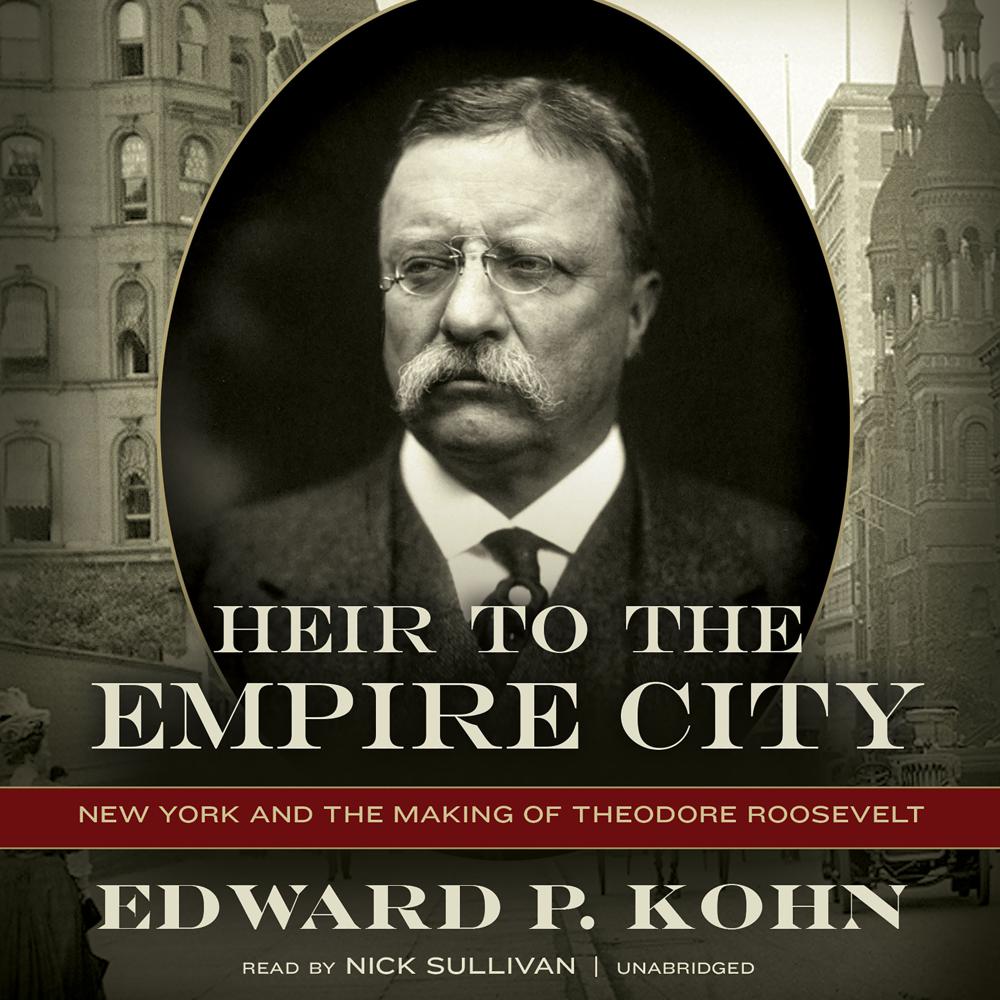 Theodore Roosevelt is best remembered as America's prototypical "cowboy" president—a Rough Rider who derived his political wisdom from a youth spent in the untamed American West. But while the great outdoors certainly shaped Roosevelt's identity, historian Edward P. Kohn argues that it was his hometown of New York that made him the progressive president we celebrate today. During his early political career, Roosevelt took on local Republican factions and Tammany Hall Democrats alike, proving his commitment to reform at all costs. He combated the city's rampant corruption and helped to guide New York through the perils of rabid urbanization and the challenges of accommodating an influx of immigrants—experiences that would serve him well as president of the United States.

A riveting account of a man and a city on the brink of greatness, Heir to the Empire City reveals that Roosevelt's true education took place not in the West but on the mean streets of nineteenth-century New York.

“A vivid look at the challenges Theodore Roosevelt faced in his early career. Heir to the Empire City will surprise a lot of people who know little or nothing about New York City’s role in Roosevelt’s life. Even more surprising is his home town’s growing admiration for him as he struggled to rescue the city he loved from entrenched political corruption.”

“Kohn shows us the ways Roosevelt both shaped and was shaped by the city…He was not a cowboy after all but an adroit politician who ‘carefully calculated what was practicable,’ and Kohn persuades us that New York was Roosevelt’s prep school for the presidency.”

“Theodore Roosevelt has come down in history as the ‘cowboy president,’ a man whose persona was shaped by the period he spent in the Dakota badlands as a young man, riding, hunting, even owning two sizable ranches…This claim—created in large part by Roosevelt himself—draws a healthy snort of disagreement from historian Edward Kohn…The truth is, Mr. Kohn writes, Roosevelt is far more a product of New York City than the West…Yet Mr. Kohn takes care not to diminish the sincerity of Roosevelt as a man who took an interest in the welfare of the poor and disadvantaged—causes he pursued in various New York City offices and then as governor of New York state.”

“Kohn’s prose is snappy and engaging, and his portrayal of the city—from the economic slump of the 1850s, through the Civil War, and [the] growth of the avenues of corruption that…would be TR’s charge to clean—is as vivid as his evocation of the man himself…This is a tight and well-argued thesis.”

“Theodore Roosevelt is often remembered as a cowboy and a man of the West who began his path to the White House while herding cattle on his Dakota ranch…Kohn provides a concise account of Roosevelt’s early career and presents a convincing case that he should be remembered as a gentleman of the East, not a cowboy of the West.”

“Focused and concise, this book is a solid choice for general readers of history not sufficiently aware of TR’s cosmopolitan background in contrast to his adopted cowboy persona. It details another side of a consequential, transformative rather than transitional president.”

“Kohn’s latest study of Theodore Roosevelt focuses on the influence of his hometown, New York City, in shaping his political legacy…An intriguing portrait of Roosevelt’s ascendance to power that will leave readers wanting more of his life and work.”

“Edward Kohn has captured the lively personalities and dramatic scenes of New York life at the end of the nineteenth century. His Theodore Roosevelt is a thorough New Yorker, full of brash energy and innovative ideas, scrappy and hard to keep down. Kohn tells a well-crafted and lightning-quick story of TR and his New York, a tale which will reward readers with entertainment and insight into a central phase of the city and the nation’s history.”

“A timely reconsideration of the Theodore Roosevelt legend, reminding us that he was no rough-hewn cowboy from the wild west but instead a sophisticated urban progressive immersed in the politics of his native New York City. Thought-provoking and refreshingly readable.”

“Theodore Roosevelt is among the great American presidents, but the elements that formed his exuberance, intelligence, and zeal for reform have divided historians. In a detailed and swift moving biography, Edward P. Kohn argues that Roosevelt, born in and vigorously attached to New York, never left home in his heart and mind. Roosevelt, from the moment he was first elected to public office, learned from the city’s people, its streets, and its often vicious politicos. Working against and sometimes with powerful local politicians, he remade New York. This whirlwind apprenticeship made him a seasoned leader and more than prepared him for his [task] as president.”

“[Kohn] is to be commended for his insight into the character and deeds of a man historians rank in the top five of this country’s presidents.”