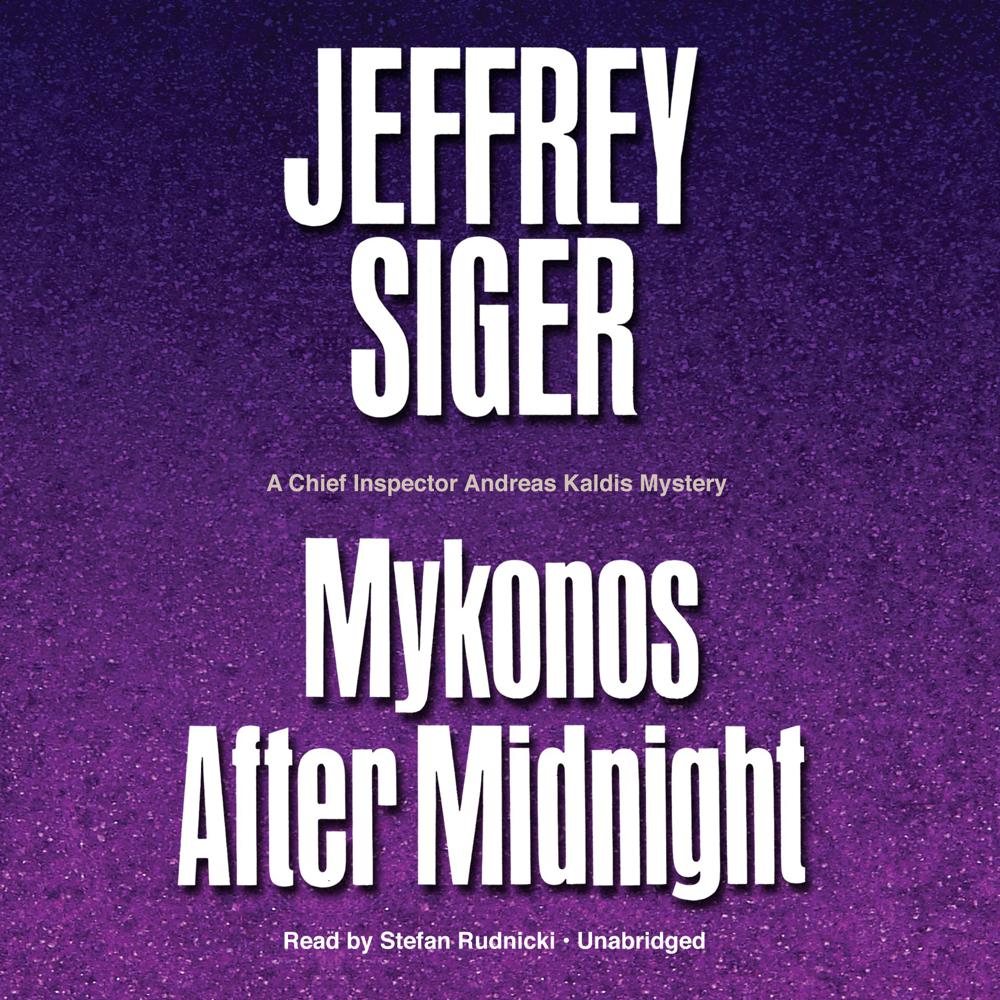 On the celebrated Greek island of Mykonos, a legendary nightclub owner is found in his home, bludgeoned to death. In his lifetime he had helped transform Mykonos from an obscure, impoverished Aegean island into a world-renowned summertime playground for the world’s rich and powerful, which made the Mykonian people some of the wealthiest in Greece. All evidence points to obvious killers, but the murder has put into play some long-hidden, politically explosive secrets and drawn a dangerous foreign investor to the island paradise.

Chief Inspector Andreas Kaldis, feared head of Greece’s special crimes division, is certain there is a far more complex solution to the murder, and he vows to find it. His quest for answers, amid the entrenched cultural contradictions that give Mykonos so much of its magic, has him battling ruthless opportunists preying on his country’s weakened financial condition. And he soon learns that there is an unexpected high price to pay for his curiosity as he becomes locked in a war with a powerful, clandestine international force willing to do whatever it takes to recast and control Mykonos—no matter what the cost, no matter who must die.

“This writer, who has made Mykonos his home for part of the year, has so profoundly captured the essence of Modern Greece and its people, you can’t believe he isn’t Greek…Siger is a gifted storyteller. His stories grab you and don’t let go…The only disappointment here is that now we have to wait a year for the next one to come out.”

“The bludgeoning murder of Mykonos nightclub owner Christos Vasilakis at his house on Mykonos kick-starts Siger’s satisfying fifth mystery featuring Chief Inspector Andreas Kaldis…The investigation that follows…keeps the reader engaged, even as it makes obvious that in Greece it really matters whom you know. The emergence of a shadowy master criminal bodes well for future adventures.”

“From the easy banter of its three cops to its clutch of unpredictable villains, Kaldis’ fifth reads more like an Elmore Leonard caper than a whodunit.”

“Vibrant with the frenzied nightlife of Mykonos and the predators who feed on it. A twisty page-turner.”