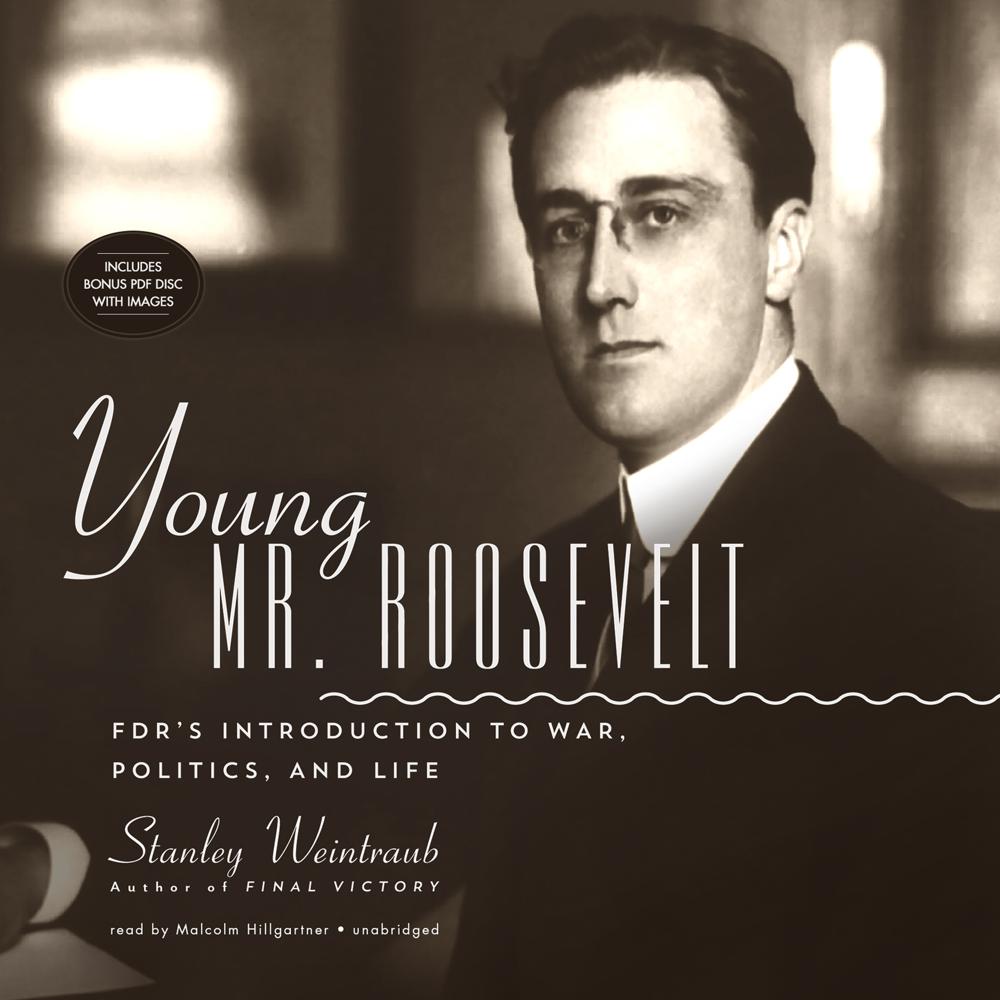 In Young Mr. Roosevelt Stanley Weintraub evokes Franklin Delano Roosevelt's political and wartime beginnings. An unpromising patrician playboy appointed assistant secretary of the Navy in 1913, Roosevelt learned quickly and rose to national visibility during World War I. Democratic vice-presidential nominee in 1920, he lost the election but not his ambitions. While his stature was rising, his testy marriage to his cousin Eleanor was fraying amid scandal quietly covered up. Even polio a year later would not suppress the ever indomitable Roosevelt and his inevitable ascent.

Against the backdrop of a reluctant America's entry into a world war and FDR's hawkish build-up of a modern navy, Washington's gossip-ridden society, and the nation's surging economy, Weintraub summons up the early influences on the young and enterprising nephew of his predecessor, "Uncle Ted."

“There are several reasons for students of the life of the monumental American President Franklin Delano Roosevelt to buy this book…It is the first effort devoted solely to the critical eight years of FDR’s life from 1912 to 1920, when he evolved from a generally dismissed lightweight dabbler in politics to a formidable national political figure…Author Stanley Weintraub, at eighty-four and still going strong, is at the top of his writing game that now approaches its fiftieth anniversary. Mr. Weintraub’s output over this past half-century is impressive for both its scholarship and literary accessibility…[Young Mr. Roosevelt] is a good beginning for those interested in the evolution of the most influential figure of our immediate history.”

“An account of Franklin D. Roosevelt’s first few years in politics…The book is largely an account of his activities during eight years as an energetic member of the Woodrow Wilson administration, during which he refined the skills and met the men (and a few women) who figured in his own presidency…A lively, insightful account of FDR’s early years.”