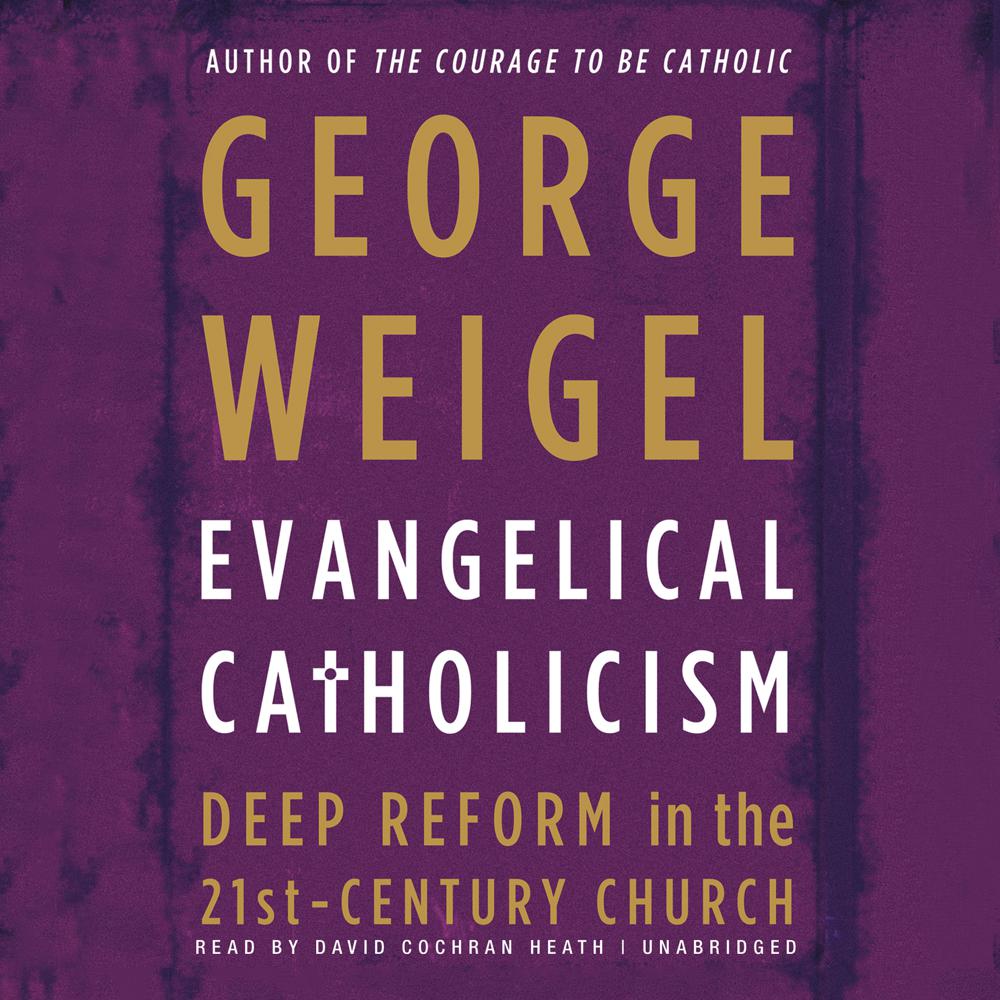 The Catholic Church is on the threshold of a bold new era in its two-thousand–year history. As the curtain comes down on the church defined by the sixteenth-century Counter-Reformation, the curtain is rising on the Evangelical Catholicism of the third millennium: a way of being Catholic that comes from over a century of Catholic reform; a mission-centered renewal honed by the Second Vatican Council and given compelling expression by Blessed John Paul II and Pope Benedict XVI.

The gospel-centered Evangelical Catholicism of the future will send all the people of the church into mission territory every day—a territory increasingly defined in the West by spiritual boredom and aggressive secularism. Confronting both these cultural challenges and the shadows cast by recent Catholic history, Evangelical Catholicism unapologetically proclaims the gospel of Jesus Christ as the truth of the world. It also molds disciples who witness to faith, hope, and love by the quality of their lives and the nobility of their aspirations. Thus the Catholicism of the twenty-first century and beyond will be a culture-forming counterculture, offering all men and women of good will a deeply humane alternative to the soul-stifling self-absorption of postmodernity.

Drawing on thirty years of experience throughout the Catholic world, from its humblest parishes to its highest levels of authority, George Weigel proposes a deepening of faith-based and mission-driven Catholic reform that touches every facet of Catholic life—from the episcopate and the papacy to the priesthood and the consecrated life; from the renewal of the lay vocation in the world to the redefinition of the church's engagement with public life; from the liturgy to the church's intellectual life. Lay Catholics and clergy alike should welcome the challenge of this unique moment in the church's history. Mediocrity is not an option, and all Catholics, no matter what their station in life, are called to live the evangelical vocation into which they were baptized: without compromise but with the joy, courage, and confidence that comes from living this side of the Resurrection.

“A learned and lucid commentator on Catholicism…[Weigel] brings a keenly developed sense of the workings of the church to his analysis. But Evangelical Catholicism is a call to arms. Though written long before Benedict made his surprise announcement, the book is nonetheless a timely guide to the issues that the cardinals in conclave—and the next pope—must confront…[For many]  Evangelical Catholicism may provide a desperately needed vision of the future of the church, imbued with the extraordinary hope that has always been at the heart of the Catholic faith.”

“A serious and acute work…Weigel’s ability to combine the spiritual insights of a believer with the dispassionate analysis of a historian makes Evangelical Catholicism valuable for Catholics and non-Catholics, of all political persuasions, who care about the Church’s future.”

“Weigel at his best, situating our present moment within the context of the last century, and laying out an agenda for Catholic reform and mission in the future….This book deserves to be read by any serious thinking Christian.”

“[Weigel is] our greatest observer of the global Catholic Church…If I could gain entrance into the conclave, I would smuggle in enough copies of Evangelical Catholicism to place one on the chair of each elector, in hopes that they would adopt this masterpiece of Catholic history and thought as a possible guide for the Church’s mission in the centuries ahead.”

“A call for pride, sincerity, and depth in Catholic life and community…The bulk of Weigel’s book examines how this new Catholicism can be applied to the episcopate, priesthood, liturgy, laity, etc. The author makes many important points, and his call toward a deeper spirituality and sense of mission in Catholic life is laudable.”

“Evangelical Catholicism is a remarkable intellectual and spiritual achievement, even by George Weigel’s dauntingly high standards. It is nothing less than a blueprint for the reevangelization of the West and the reinvigoration of the rest of the world.”

“A laudable hunger to relight the church’s missionary fires is the core of Evangelical Catholicism, but good intentions need practical blueprints if they’re going to work. George Weigel has gotten that conversation started in his typically lucid, provocative fashion, and we are all in his debt.”

“George Weigel has been the leading diarist of authentic Catholic renewal—its progress, detours, personalities, and hopes—for thirty years. In Evangelical Catholicism he turns his extraordinary skills to the needs of the church in the coming decades, calling us back to the missionary vocation we received at baptism and offering us a road map to faithful, vigorous church reform. Rich in its vision, engaging in style, on target in its counsel, and invaluable for anyone trying to understand the church and her challenges in the twenty-first century, this book should not be missed.”

“This sparkling read puts all the old church labels—liberal vs. conservative, progressive vs. traditionalist, pre– vs. post–Vatican II—in the shredder. Now there is only one valid adjective for all of us: evangelical! Simply put, this means we take our baptismal promises with the utmost seriousness. Like the Samaritan woman, we’ve met a man—Jesus—who has changed our lives.”

“This remarkable book offers nothing less than a map and compass for men and women determined to take up the challenge of living the Catholic faith in its fullness under twenty-first-century conditions. With its bold call for ‘deep reform’ in every single corner of the church, Evangelical Catholicism is sure to provoke lively discussion. The book’s proposals for true renewal are presented with the clarity and verve that have made George Weigel a peerless advocate of the courage to be Catholic.”

“Catholics, especially bishops and priests, who are looking for an insightful and dynamic profile of the church of the New Evangelization need to read this book soon.”

“Weigel at his astringent and prophetic best.”

“A rare book that can transform culture and communities from the inside out, beginning with the humble premise of evangelization: to proclaim—in word and deed—the good news of Jesus Christ. No stone is unturned, no promise or issue within the church and her members is ignored in this excellent, well-thought-out guide for reform-based evangelization.”