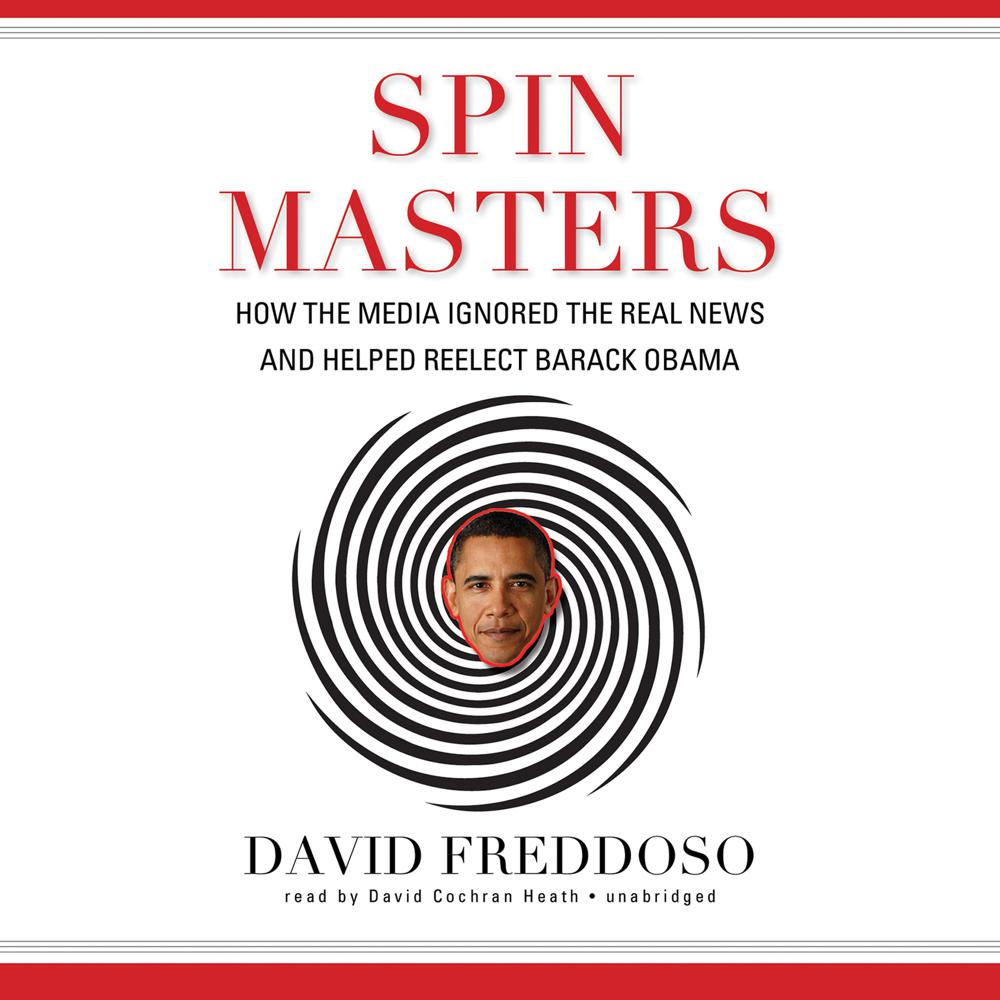 Amid all the breathless coverage of a nonexistent war on women, there was little or no coverage of Obama's war on the economy—how, for instance, part-time work is replacing full-time work, how low-wage jobs are replacing high-wage ones, how for Americans between the ages of twenty-five and fifty-four there are fewer jobs today than there were when the recession officially ended in 2009, and fewer, in fact, than at any time since mid-1997.

The downsizing of the American economy wasn't the only story the media missed—or suppressed—there was also the unraveling of Obama's foreign policy and the deadly scandals at home (Fast and Furious) and abroad (the terrorist attack that killed the American ambassador at Benghazi).

But instead of serious, substantive journalism, the media reported ad nauseam on trifles (Big Bird), Republican-baiting hysteria (how everything the Republicans said was allegedly "racial code"), and distortions of Romney's remarks (such as the "47 percent" comment).

The media dropped the ball in covering the 2012 election, says David Freddoso, editorial page editor of the Washington Examiner, and in doing so, the media failed in their responsibility to keep politicians honest and the public well-informed. Freddoso, a New York Times bestselling author and former congressional reporter for National Review, fills this volume not only with outrageous examples of media bias but also with dozens of real stories that genuinely inquisitive reporters should have relished but that the overwhelmingly liberal press didn't even bother to cover.

Full of the news you didn't hear about in 2012, David Freddoso's Spin Masters: How the Media Ignored the Real News and Helped Reelect Barack Obama will be the most provocative and accurate take of just how Barack Obama managed to get reelected amid the worst economic times since at least the 1970s—and how the media helped him do it.

“Spin Masters shows just how far to the left the news media have lurched. There are other ways to study media bias, but Freddoso’s book is a lot more fun than poring through the first forty-two Gail Collins columns in the New York Times about Mitt Romney driving with a dog on the roof of his car. (The dog liked it!)”

“David Freddoso’s terrific new book Spin Masters documents more than routine media bias—though he has plenty of outrageous examples of that. It’s about how the media ignored or buried the big stories—like how Obama has hollowed out our economy or openly trampled on the Constitution—in favor of Democratic Party press releases. Freddoso reports the news you didn’t hear during the election—and also shows how we can avoid falling prey to the hypocritical and absurdly partisan liberal media again.”

“Conservatives need to know they are not just up against political activists on the left. They are also up against a media that leans left, regurgitates left-wing talking points, and transitions back and forth between left-wing institutions and the mainstream media. David Freddoso does an excellent job shedding light on just what conservatives are up against and what they must do to fight back.”

“Media bias mostly takes the form of omission. In 2012, the media mostly omitted mention of Obama’s many offenses against ethics, good government, and the truth. In Spin Masters, David Freddoso deftly tells the stories that most of the mainstream media missed because a dog on the roof of a car was more interesting than, say, an illegal military intervention in Libya or serial abuse of presidential power. I challenge anyone to read this book and then honestly deny that Obama’s reelection was aided by a media that didn’t do its job right.”

“Freddoso not only shows how deeply in the Obama tank many journalists were in 2012. He also serves as an alternate-universe assignment desk for the stories unbiased reporters might have written.”