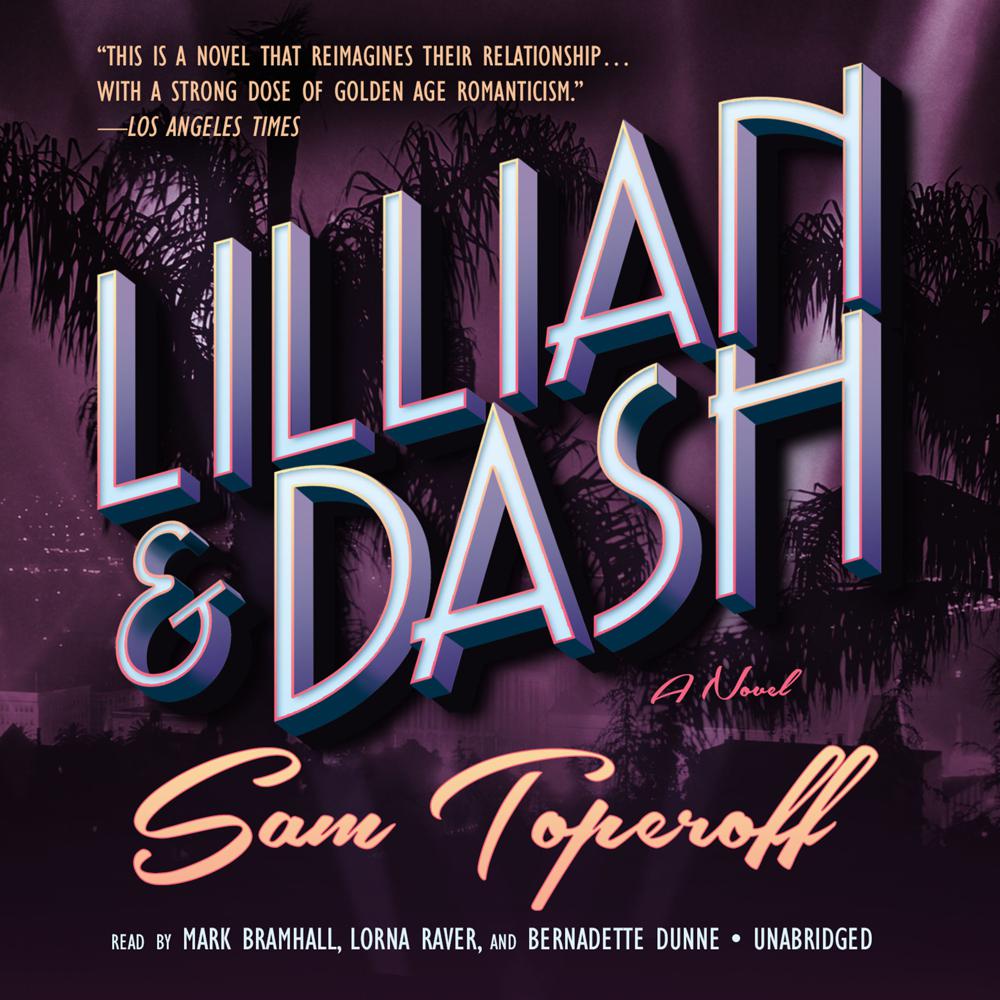 This exciting novel about Dashiell Hammett, author of The Maltese Falcon and The Thin Man, and Lillian Hellman, author of The Children's Hour, reintroduces their larger-than-life personalities and the vicissitudes of their affair that spanned three decades.

Toperoff reimagines the highs and lows of a fast-living, hard-drinking literary couple and their individual passions, projects, and literary creations. Hammett and Hellman's relationship evolves during major artistic and political epochs—Hollywood's heyday, the New York literary scene, the Spanish Civil War, McCarthyism, and both world wars—and each movement is captured with subjectivity and credible insight.

Populated with writers, drinkers, filmmakers, and revolutionaries, Lillian and Dash chronicles the unusual affair of two prominent and headstrong figures.

“Over the years, Toperoff has been a master at blending fact and fiction...and in this book his handling of the Hammett/Hellman relationship and the Hollywood of their time is exemplary and brilliant.  He has a great ear for their speech, and Toperoff delivers the historical period with not only credibility, but insight as well. And of course it's a book about writers and writing, and thus the relationships between ego and talent, success and the lure of self-destruction.”

“I have been reading Sam Toperoff’s fiction for decades. He is a wonderful writer, shamefully underappreciated…Fascinating and engrossing, one of those rare books that would help you through an airplane flight without insulting your intelligence. In a word, it’s literature. It also happens to be dark and sexy and, I would think, ripe for the movies.”

“This is a novel that reimagines their relationship…with a strong dose of Golden Age romanticism.”

“A canny exploration of the long affair between writers Dashiell Hammett (1894-1961) and Lillian Hellman (1905-1984), which endured alcoholism, war, and McCarthyism…Toperoff locates the private passions in an intense, public, and ultimately tragic love story without indulging in glitz or melodrama.”

“Toperoff captures time and place and most importantly two vital people. It is not easy to write about writers, but with energy and wit and skill, Toperoff brings Hellman and Hammett’s talent and pain directly into the present.”

“Toperoff’s speculative novel about the affair between writers Lillian Hellman and Dashiell Hammett is thoroughly entertaining…The audio version is equally impressive, with narrators Mark Bramhall, Lorna Raver, and Bernadette Dunne complementing each other and enriching Toperoff's engaging dialogue. They succeed by bringing to life the words and personalities of two celebrities who were known almost as much for their personal lives as they were for their writing. Winner of the AudioFile Earphones Award.”