Wisp of a Thing
Alex Bledsoe 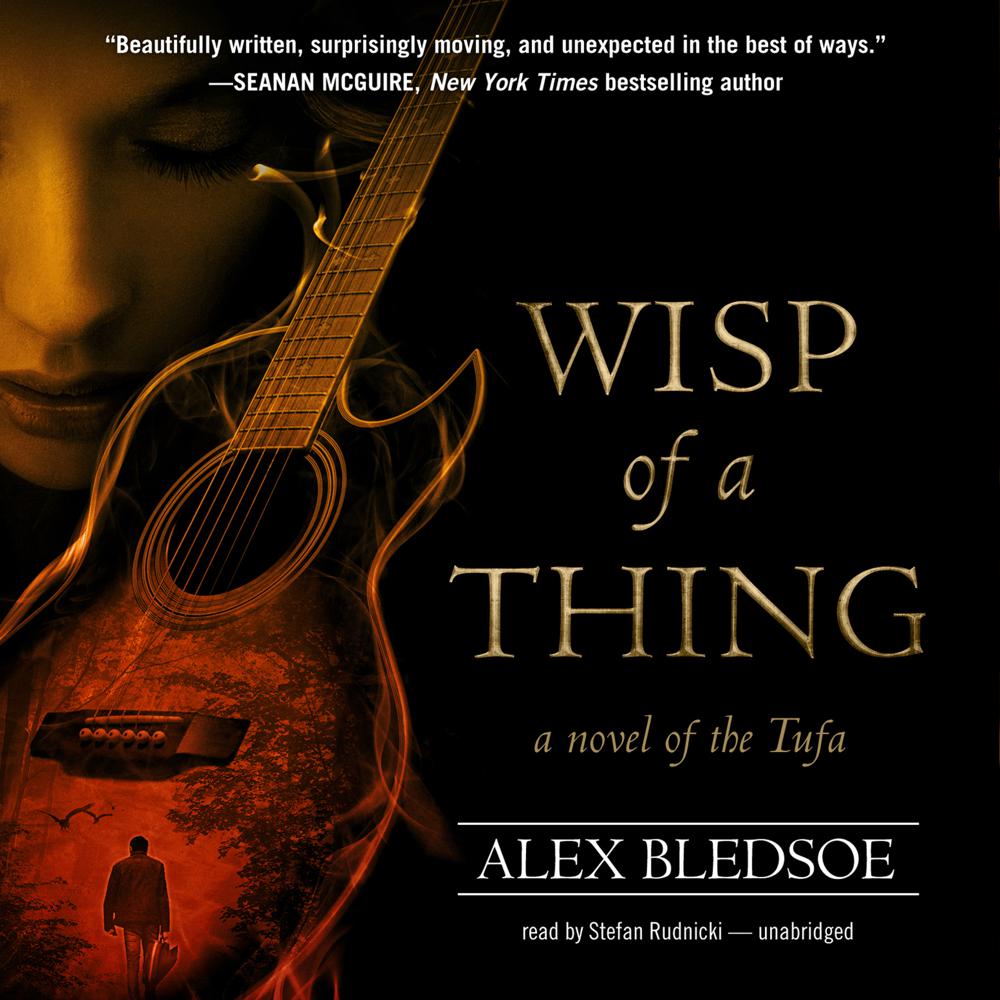 Alex Bledsoe's The Hum and the Shiver was named one of the best fiction books of 2011 by Kirkus Reviews. Now Bledsoe returns to the isolated ridges and hollows of the Smoky Mountains to spin an equally enchanting tale of music and magic older than the hills.

Touched by a very public tragedy, musician Rob Quillen comes to Cloud County, Tennessee, in search of a song that might ease his aching heart. All he knows of the mysterious and reclusive Tufa is what he has read on the Internet: they are an enigmatic clan of swarthy, black-haired mountain people whose historical roots are lost in myth and controversy. Some say that when the first white settlers came to the Appalachians centuries ago, they found the Tufa already there. Others hint that Tufa blood brings special gifts.

Rob finds both music and mystery in the mountains: close-lipped locals guard their secrets, even as Rob gets caught up in a subtle power struggle he can't begin to comprehend. A vacationing wife goes missing, raising suspicions of foul play. And a strange feral girl runs wild in the woods, howling in the night like a lost spirit.

Change is coming to Cloud County, and only the night wind knows what part Rob will play when the last leaf falls from the Widow's Tree—and a timeless curse must at last be broken.

“As raw and bewitching as the music and magic that fuel it. I loved this book for many reasons—the bone-deep mystery, the setting, the music, and the harsh beauty of its characters. It gives a new meaning to well played.”

“Beautifully written, surprisingly moving, and unexpected in the best of ways, Wisp of a Thing fulfills and expands upon the promise of The Hum and the Shiver.”

“Set in the same world as The Hum and the Shiver, Bledsoe’s latest fantasy captures the allure and the sometimes sinister beauty of the Appalachian backwoods, filled with myths, haunted by ghosts, and touched, always, by death. The author of the Eddie LaCrosse urban fantasy series proves his versatility with a hauntingly beautiful tale of love lost and hope rediscovered.”

“This beautifully handled drama of Appalachian music and magic once again comes complete with fascinating characters, a persuasive setting, and intriguing complications. Bledsoe’s on a roll.”

“Bledsoe brings a real warmth and a messy humanity to his modern-day fairy story, with strong characterization and a passionate love of music. Set in the same world as The Hum and the Shiver, this stand-alone novel feels more heartfelt and is written with a lighter touch, fulfilling all of the first book’s early promise and hitting the sweet spot between glossy and gritty.”

“This is a very subtle book; like Graham Masterton, Bledsoe relies on the slow accumulation of tantalizing hints to give the reader a sense of something going on in the space between the words on the page. A chilling mix of fantasy, realism, and a touch of horror.”

“A famous musician recovering from a recent tragedy seeks solace and anonymity in Appalachia. He finds himself embroiled in local trouble of a very strange sort, for there is magic as well as music in this part of the country. The story is atmospheric, with detailed descriptions of the land and wildlife and plants. Narrator Stefan Rudnicki creates gentle Appalachian accents for the characters without anything showy in his performance. His deep voice magically transforms into soft, feminine tones for the female characters. There are many songs in this book, and rather than sing them, Rudnicki speaks them in a soft cadence, almost as though he’s reciting poetry. It is an effective, gentle performance. A 2014 Audie Award finalist.”