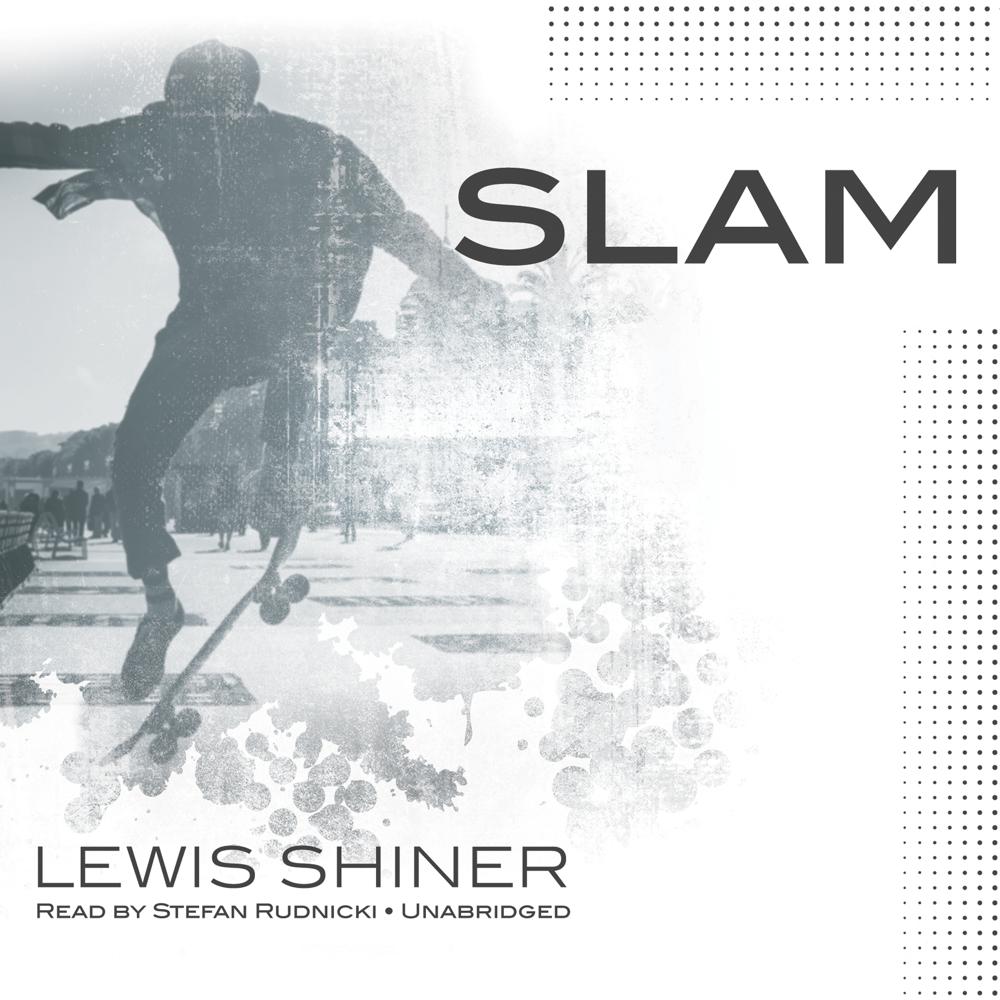 Slam is a bright and acerbic depiction of the slacker culture of Texas and a testament to a lost and found generation. Dave stepped out of Bastrop Federal Prison after a six-month stretch for tax evasion and into the home of one Marguerite Johnson, a.k.a. the Old Lady. The Old Lady passed on, leaving her house and her fortune to her twenty-three cats. But the cats need a caretaker—or so he thinks. There are others with an eye on the Johnson estate, and soon Dave is caught up in a whirlwind of anarchists, gold diggers, skateboard punks, lawyers, hackers, and arsonists—a population of dropouts and misfits who will do anything to avoid doing anything.

“A clear-eyed journey though a brilliantly observed parcel of the new American weirdness. Funny, moving, and admirably human.”

“Clear as the lacquer on a skater’s new deck.”

“It takes a laid-back squint at reality and then slips into an alternative groove all its own.”

“Slam is must reading—an anthem—for IRS parolees who skate. For the rest of us it’s just a quirky joy of a novel, one that happens to be thought provoking.”

“Realism, idealism, and fantasy are skillfully interwoven into a novel of personal adjustment and rebellion.”

“A beautifully understated comic nightmare about an ex-con’s misbegotten attempts to tread the straight and narrow outside the slammer…After a series of plot twists worthy of Thomas Pynchon or Joe Orton…Shiner does manage a happy ending as magically unexpected as pulling twenty-three cats out of a hat.”