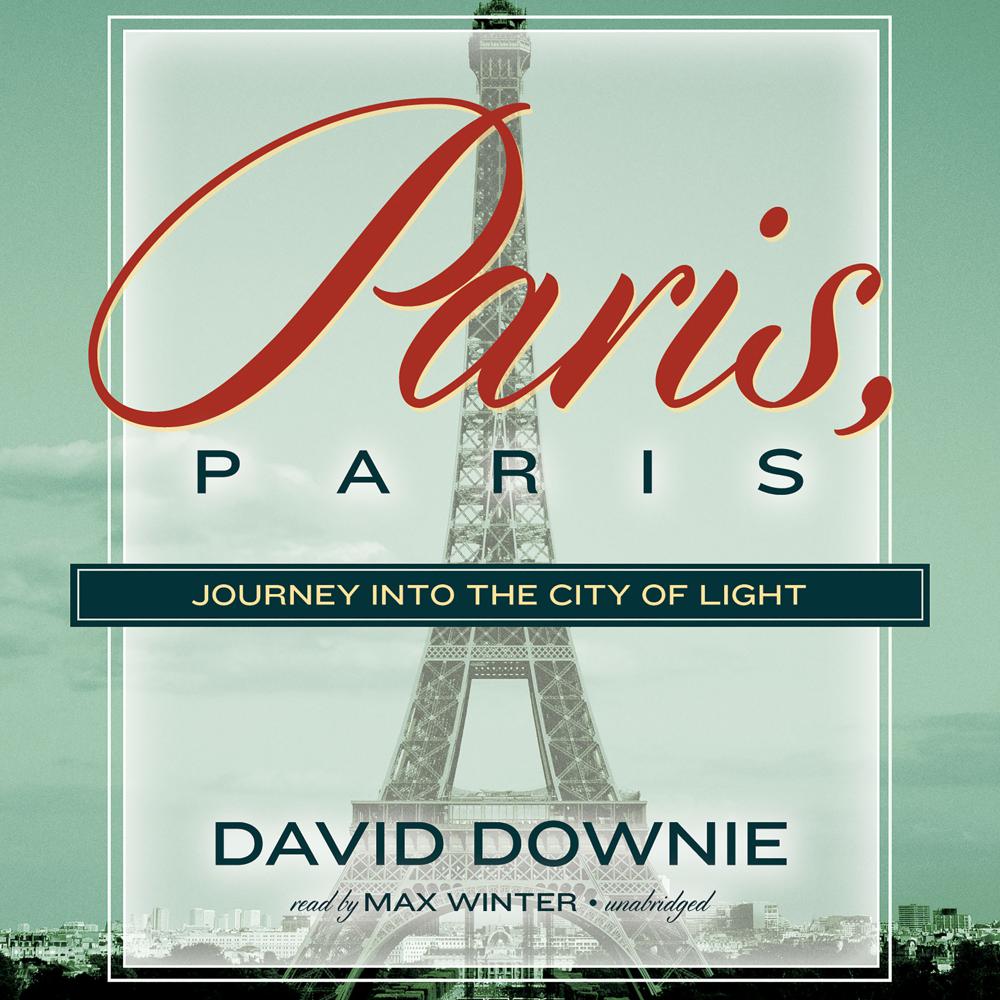 Swapping his native San Francisco for the City of Light, travel writer David Downie arrived in Paris in 1986 on a one-way ticket, his head full of romantic notions. Curiosity and the legs of a cross-country runner propelled him daily from an unheated, seventh-floor walk-up garret near the Champs-├ëlys├®es to the old Montmartre haunts of the doomed painter Modigliani, the tombs of P├¿re-Lachaise cemetery, the luxuriant alleys of the Luxembourg Gardens, and the aristocratic ├Äle Saint-Louis midstream in the Seine.

Downie wound up living in the chic Marais district, married to the Paris-born American photographer Alison Harris, an equally incurable walker and chronicler. Ten books and a quarter-century later, he still spends several hours every day rambling through Paris and writing about the city he loves. An irreverent, witty romp featuring thirty-one short prose sketches of people, places, and daily life, Paris, Paris: Journey into the City of Light ranges from the glamorous to the least-known corners and characters of the world's favorite city.

“I loved his collection of essays, and anyone who’s visited Paris in the past, or plans to visit in the future, will be equally charmed.”

“Like the guide who leads us through the Hermitage and its history in Sokurov’s Russian Ark, David Downie is the master of educated curiosity. With him we discover Paris, a seemingly public city that is, in fact, full of secrets—great lives, lives wasted on the bizarre; forgotten artisans; lost graves (lost till now); the ‘papillons nocturnes’; and the ‘poinçonneur des Lilas.’ I have walked some of the city’s streets with him, and reading this book is just as tactile an experience.”

“Beautifully written and refreshingly original…Curious and attentive to detail, Downie is appreciative yet unflinching in describing his adopted home…Makes us see [Paris] in a different light.”

“Downie is a saunterer, wandering down the narrow ancient streets of the Île de la Cité, picnicking in storied graveyards like Père Lachaise, observing a seduction at Jardin du Luxembourg with a birder’s patience…Captures the sort of people and places missed by those jetting from starred bistros to hotels with showers.”

“David Downie’s prose illuminates Paris with an unequaled poignancy and passion. He understands and evokes the soul and the substance of the city with a critic’s intelligence and a lover’s heart. He makes me want to live in Paris again.”

“Perhaps the most evocative American book about Paris since A Moveable Feast.”

“Downie brilliantly upholds the American expat tradition of portraying the City of Light with an original and endearing touch.”

“All visitors to Paris who want their eyes opened and their knowledge widened should buy David Downie’s irresistible collection of Paris essays. Take the book with you on walks and be astonished at his sense of detail and place; read it in bed or over a glass of wine in a café and be introduced to a Paris few know.”

“Gives fresh poetic insight into the city…A voyage into ‘the bends and recesses, the jagged edges, the secret interiors’ [of Paris].”

“‘When good Americans die,’ Oscar Wilde wrote, ‘they go to Paris.’ Don’t wait that long. David Downie’s new book reflects the city and its light with such power that its title says it twice. Paris, Paris shimmers with wit and mesmerizes with wisdom…It is as the French would say, un must.”

“[A] quirky, personal, independent view of the city, its history, and its people. Residents will recognize a place they can vouch for and not the clichés so frequently conjured up to match the legends. Visitors and newcomers are bound to find Paris, Paris reliable company as they discover the city’s beauties and pleasures and its problems too.”

“If there is one book I’d read before heading to the City of Light, Paris, Paris is it. Downie, a longtime Paris resident and roamer, writes with knowledge and verve, pinning down the funny and the sublime as he captures on his canvas the quirks, foibles, and follies, and the peculiar mystery of the people and places, that make up this wonderful city.”